We Interupt this Blog...

To bring you some good news and some sad news... 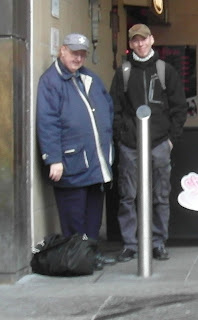 The good news will almost certainly be known throughout the blogosphere that Bryan/Vampifan of Vampifan's World of the Undead is finally out of hospital and free of his subsequent sojourn in a respite home. His hospital stay and recuperation has been a long three months for him and it'll be some time before he's managed to catch up on everyone's blogs that he's missed, let alone do anything hobby-wise even though he has still managed to write an entry on his own blog!
He's been a great miss for myself especially as we regularly emailed one-another two or three times a week to mainly discuss Zombie-related things as well as shooting the breeze generally.

The photo on the right shows Bryan (left) and a very dodgy looking suspect that I came across in Newcastle way back in April. To me it looks very much like they're about to pull a heist, but you can add your own caption for amusement. 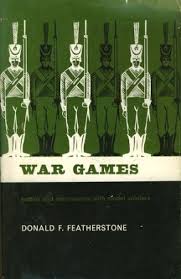 The very sad news I gleaned from around the blogosphere is that Donald F. Featherstone has died recently.
I came across his book "War Games" some time in the 60's in our local library and my life was changed forever as I would be no longer be influenced by "Little Wars" (by H.G. Wells and available in full here ) and shooting matchsticks at my toys.
In my opinion Don Featherstone probably did more than any other single person in this country to promote the wargames hobby to become what it is today. 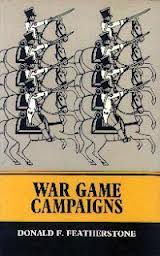 I was lucky enough to meet the great man himself some time in the 60's (and he was indeed the gentleman that I always thought he was) and even played a game with him in the then mecca of wargames in Southampton.
He was also a very prolific writer and authored far more books that I was aware of. A full list of his books can be found on the Wiki page here . I have many of  his wargames books and have read each of them multiple times, but his book "War Game Campaigns is probably my favourite and the most thumbed through and not just because it is signed by Don to me.
I was pleased to find out from the Wiki page that several of his book have been recently re-printed. 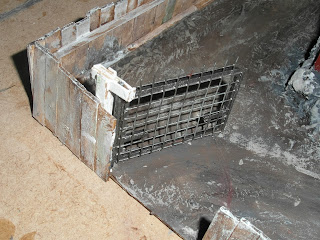 After my brief excursion to darkest Wiltshire and the subsequent loss of hobby time I thought that by this week I would have finished by Construction/Building site but alas over the last week I have been struck down by a debilitating lurgy which has further delayed the completion.
Despite set-backs, I have managed to do a lot on the model, even if only in short bursts, like hanging the gate and doing a complete re-paint on a lot of the main structure.
I've also been adding the bits I featured last week into their assigned places, but whilst my mind was willing even my best efforts haven't enabled me to finish it. 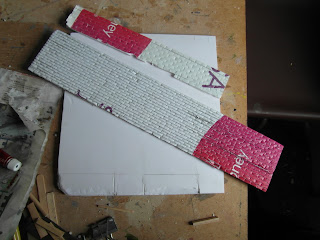 As I've said in the past (and most probably like many of you reading this) I rarely have only one thing going on at a time and just before I left for the deep south I started on yet another building seen here on the right.
Yep, although it was not much to look at when I started this, (which by the photo time stamp was 23rd August) I can state that as of yesterday the 8th September it was at a stage where I was happy enough to say it was finished.
It wasn't the most difficult model to make, but seems to me to have taken a long time. I only worked on it whilst waiting for either paint or to glue to dry on the building site project and similarly in turn there was long periods when I was waiting on this model. I won't reveal what the completed model is yet - I do need something to blog about in future posts!
Next week I should have my construction site completed, at least to the stage where I can say I've had enough and I'm finished with it.

And that's it for another week !

As always, I'll finish off by welcoming my latest follower "John Smith" (Gran Turismo Driver) and by saying that of course your comments are both welcomed and appreciated.