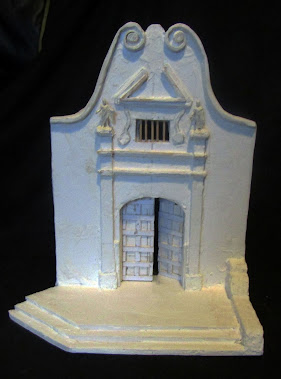 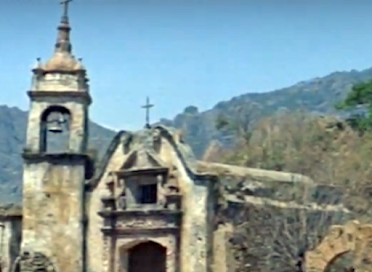 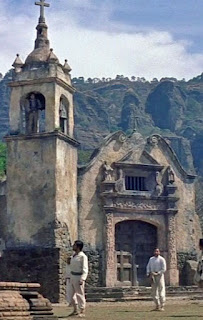 Although I've taken a leisurely approach to this build in the last week, I've still managed (from my viewpoint) quite a lot of progress on this build and even managed to maintain at least an hour a day on the build.
The photograph on the right shows the front of the church (obviously), with peons scurrying about .
The other three photographs in turn show -
i. The right hand side of the church
ii. The rear  of the church with curved apse(?), where the altar would be found.
[Note: As Christian  churches are always built on an east-west line, with the altar in the east, this gives us a good orientation of the entire village.]
iii, The left side of the church, showing the only noticeable feature on this wall - a hole !
My build started with drawing out the plan and the front and rear walls of the church on a sheet of foamboard (A2), then gathering the other materials I'd need for the build.
I have also cut out the pieces for the sloping roof sections and the vertical walls from the vaulted roof, but they're nothing remarkable.
There's still a lot to do, the front to finish off, the steps to cut out and that tower to start ! The latter is almost a full build in itself !
That's it then for this week, more on this next week - probably.
Thanks for taking the time to visit, and as always your comments are both welcomed andappreciated, 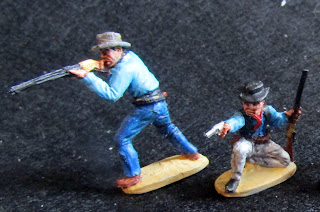 I've posted this week's blog slightly earlier as on Monday morning we're having work done on our Interweb speed thing (sorry about the technical terms) and should last until early evening.
I've just about finished two more gunfighters this last week; they still have some detailing to be done on them though, hatband, belt buckles etc. As their paint was flaking off, for some reason or other, I decided I'd varnish them along with the two already finished gunfighters before proceeding further.
Here's the photographs: 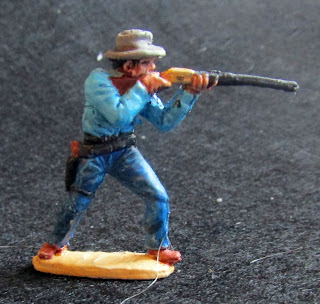 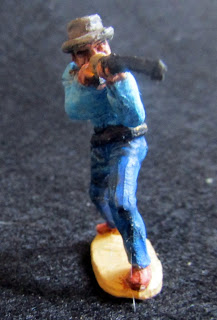 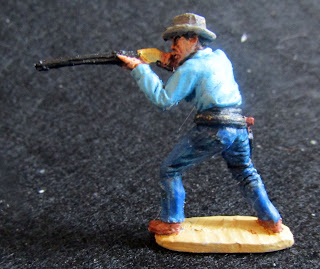 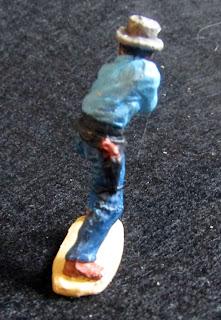 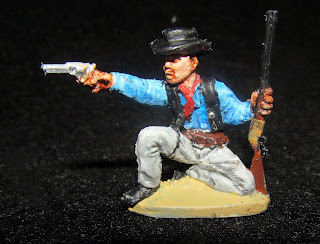 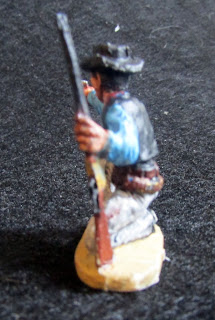 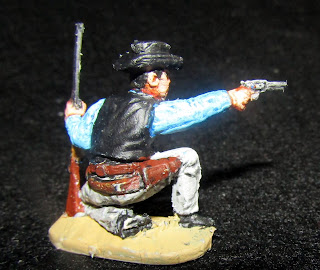 Sorry, no full frontal shot (ooh, err, missus) of the second gunfighter of of this  pair due to technical difficulties (camera battery), but there are two rear views (for those that like that sort of thing).
Bonus group shot of the four gunfighters so far:

That's it then for this week, next week I'm making a start on the church (how difficult can four walls be?), so expect a wip-type post.
As always, your comments are both welcomed and appreciated.
Posted by Zabadak at 03:40 18 comments: