I've been successful at keeping up my regime of getting at least an hour's hobby time each day over the last week, but have really little to show for all my efforts. With very few figures to paint up for the Sudan, or Jimland, for that matter I've been digging out anything I can find to paint.

On the paint-queue I have another dozen figures, four for the Sudan and the remainder destined for Jimland,
The figures hsown above and on the left, I bought sometime around twenty years ago, the herder is a Redoubt figure (iirc) whilst the five ladies are all from Irregular Minis.

Whilst still painting, the majority of my time this week has been used assembling and preparing market stalls, three are the excellent Irongate stalls, four I'm making for the Fronline (iirc) tables and I'm also scratch-building a further two. I have a dozen or so animals ready to prime and paint. The only flaw in all my plans is that I'm wearing out all my usable brushes and will have to order more soon, very soon..

Not much of a post this week I know, but truthfully the Covid19 thing has had little effect on my situation and I'm still plodding on at my usual snail's pace. The Sudan output has come to a mere trickle as I doubt I have more than a dozen figures left to finish and all the others have now been safely stored away.

As usual I spend little time on my computer over the weekend and I'll be playing catch-up on all the blogs I normally comment on, over the next few days.

That's it then for another week, thanks for taking the time to visit and of course your comments are always welcomed and appreciated.
Posted by Zabadak at 04:50 24 comments:

Just over a week ago I had finished the last of my British Infantry for the Sudan
Unfortunately du to some problem with Blogger I was unable to post last week, hopefully this post will work and you'll be able to see photographs this time around.
I've finished three new units to join my previous one from last year !
I'll be using The Sword and the Flame ruleset for this game, using twenty figure units with an Officer and NCO to each unit of a regular army.
The units are all based on real-life units, but I'll be using them with fictitious designations.
My "Hexhamshire Fusiliers", shown left, for example are based on the Royal Northumberland Fusiliers .
They may have served in the Sudan for a single campaign and battle (Omdurman), but they do have a more distinctive uniform feature, namely the red "V" just shown above their 'puggarees' (the white piece of cloth around their helmets) The RNF saw rather more action, with the same uniform in the Boer  War.
In TSaTF two unit make a 'company' and two such companies make a 'battalion' , with an additional two officers and a CO respectively.
The top photograph shows the addtional CO on foot, but he'll almost certainly be replaced with one of my mounted officers.

In Other News:
After last week's debacle with Blogger, my depression and anxiety set in and it wasn't until the week-end I picked up my brushed once more, managing to finish a single figure from a group of six, all of which had been started last year.
It also meant that I was even less inclined to do anything blog-related , but still managed to reply to some very helpful and re-assuring comments on my own blog.
Unlike all the British figures above, that are Old Glory, this is an Irregular Miniature

This week's blog has been (hopefully) brought to you by "Explorer" rather than "Firefox" and that;s it then for another week from a slightly  happier Blogger.

As always your comments are both welcomed and truly appreciated and I will get around to looking at all the blogs I've missed.


Damn I miss the spellchecking function.

I have no success in uploading photos to my blog and after an hour os of trying, I've given up !
I'm not that techy-knowledgeable  and unless there is a simple 'fix' them I'm stuck !
I was going to post about my latest Jimland adventure, played solo (it was great) and my "In other News" would relate that I've finally finished my Briish for the Sudan.
I'm not the only one that has had problems with this issue (it may be that I've reached the maxmimum photo-spac allowed, or maybe something else, someone probably knows, but not I.

So, bottom line, no post this week of any substance. 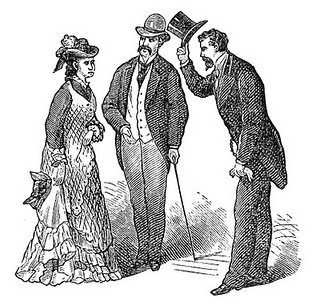 Over the last week I've been painting away furiously (from my pov) averaging two, one and a half hour sessions a day, on my 65 British Infantry for the Sudan. By Friday evening I realised that I would never get them done in time for this post, having discovered they still needed a multitude of minor details to paint (such as the discovery that some, but not all, had bayonet sheaths).
To enable me to show some progress I dug out some odds and sods that I 'd started and never finished, all in various stages of completion and here they are.
What they are is fairly obvious, save possibly for the chap on the right imho - Infantryman or Sailor - who knows ?

I've also re-visited other 'nearly finished' models, destined for Jimland thinking I could finish these off too (I couldn't), so heres some more wips:
Finally a shot of my "Oh so close to being finished Brits":
I'm a bit disappointed that despite my best efforts (and a worrying slight cold) I still pleased with my efforts and I'm now off to set up my next adventure into the wild of Jimland (where anything can happen - and often does).

That's it then from me for this week thanks for taking the time to vist and of course your comments are welcomed and appreciated.

(Can you tell I;m still trying to get used to this new camera ?)

(I still miss the spellchecker too)
Posted by Zabadak at 05:03 28 comments: