It's that time of year again when we slaughter a bull and drink its blood, exchange gifts and generally have a good time.

But just in case you celebrate the holiday season in some other fashion I hope you have a good one nevertheless, wishing each other  "Merry Xmas", exchanging presents, eating sweet-mince pies and celebrating  with strong drink in the very time honoured tradition.

As always I'm eternally grateful for anyone who has taken the time to visit and I always do hope that you find something of interest.
To those that leave comments I, you are the folk that keep me enthused and energised in this all-consuming hobby - thank you so much.

Have a good holiday season everyone and I look forward to reading about your own 'loot' and of course  I'll be relating about any I receive in a future post!

Have a good Holiday everyone !
Posted by Zabadak at 02:02 16 comments:

Not much this week, despite being very busy on hobby-related stuff when time allowed. It seems that we have to stockpile food and drink, in case of a siege during the Xmas season when the shops shut for 24 hours!
I'm sure many will recognise the provenance of the above figures, they're either Copplestone, North Star or Col. Bill's - I forget which!
(They're not my five new 'Pulp ones', which are currently in the queue on the paint tray)
I did try and get a tweed look on the left-most explorer and a dirty-shirt look on the right-most one, which is about as adventurous as I get with my minimal painting skills.
In other 'Jimland' news, I have a tentative request from a friend wishing to take an expedition onto Jimland this week, which I'm delighted about, should it occur (fingers crossed). I will of course post about any game that transpires.
As briefly mentioned above, in between Xmas shopping, I've been averaging about 4 hours a day undercoating/painting this last week, including Saturday and Sunday, which I rarely do!
Though it may not look it, all the figures on the trays above are abut 75% done though the very large tray shown last week has had nothing done to it as I needed undercoat spray (that situation has been remedied during one of the seemingly endless shopping excursions of the last week); I'll be undercoating etc. as soon as possible.

That's it for another week and it'll be a very brief post next week (Xmas day), so if you can't find time to take a peek next week, have a Happy Xmas, Holiday or Winter break, whichever you prefer.

As usual, many thanks for taking the time to visit and you comments are always both welcomed and appreciated.

An enthusiastic and very productive week, for a change.
As well as the four new explorers for Jimland I've finally finished (and another Askari) I've had a very busy week of reading!
I also decided to make a dent in my lead mountain, spurred on by both the books (mentioned above) and my discovery of rules I thoroughly enjoyed, 'back in the day' as they say!
In one of the sets of rules there is an 'African Safari" section, hence the connection. The other set of rules are for a campaign; a a bit of self indulgence really as I'll never get to play it. The latter needs 10-12 players and I have trouble just finding  one!
The few figures I bought at 'Battleground' have all been based up ready for undercoating (when I get a clear day and a spurt of enthusiasm).
Note the figure in the top left corner, he is a waif and stray from digging in the lead pile, that I thought may be usable in 'Jimland'.
A quick bit of searching revealed him to be the  Abyssinian King Menelik II and is an  'Irregular Miniatures' sculpt. He is the only Abyssinian figure I have and I have no idea how I came to have him.

Another random figure I've had for a long time is the figure on the left.
Just in case you don't recognise the sculpt, he's from the 1/32nd scale old "Britain's" farm range and quite possibly one of the most pirated figures ever - I think mine had 'Made in China' on the base
When I get him painted up he'll be another figure that will be joining the exploration of 'Jimland, but he's an interesting figure for other reasons, which I'll go into another time.

Below is a picture of my 'main' paint tray as it currently is and plus three 'overflow' trays. I've ran out of glue so had to stop basing and still have another 80 or so figures to go.

The trays above may have to be stored until after Xmas , so I'll be returning to painting figures for Jimland over the holiday period.

That's it then for this week, usual apologies for photography are in order and of course a 'Thank you" for taking the tine to visit. Your comments, as always, are both welcomed and truly appreciated.
Posted by Zabadak at 04:57 20 comments:

I've been pretty busy over the last week, but not all for Jimland!
Having come across yet another old project, my time this last week has been mostly taken up by  rejuvenating this old project, sorting, basing and making plans for more figures.
To date, I've based up approximately 200 figures (my large paint-tray is pretty full!) and have another 100 or so still to do.
More on this project in the the New Year, but now on to the new fauna for my "Adventures in Jimland".
Whilst not the best paint-jobs in the world, they're adequate enough to represent what they're meant to be! (My "that'll do" philosophy of painting).  First up is the croc from my cheap pirate ships (see HERE), which at the time I thought was too big for gaming with 28mm, but I've since changed my mind (see photograph below).
Nile crocs have an average length of 14-16 feet (approx 4-5 metres) but there have been exceptionally big ones too! As they get older (and bigger) they lose a lot of their striking stripey pattern and turn much darker - mine is obviously old!
Next up was a Hippo, that came from a cheap tub of "safari animals from my local "HB" store that I'd bought a couple of years ago, foolishly thinking they'd be big enough to fight my 54mm gladiators!
The tub cost about £4 for a four each of a dozen or so animals.

Again from the same pot, here's one of those famous jungle bears (though not grey), Strangely enough  whilst there may be no bears in Africa (the long extinct Atlas bear is, well, extinct), there is a jungle bear card for a random animal in "Jimland" ( as well as that famous critter, the jungle Yeti and many, many other strange and wonderful creatures).


Once more, the tub provided four lions and four lionesses (identical).
I've used the four lionesses and two of the lions (the other two will probably have their heads mounted as trophies)
The king of the pride is a lion figure that I've had for any years and have no idea of its providence, but with its luxury mane and equivalent size, he makes a good king!
I still have a few more animals to do, a Rhino (having trouble getting its colour right), a giraffe and the Oryx I bought at Battleground and more that I want to buy, sometime in the future, but that's it for now, I have a good selection for my next (imminent) venture into Jimland.

STOP PRESS: As an added extra, here's a dinosaur from my local Poundlandworld that I just bought two days ago:
There were a great many different ones and some nice cheap packs of smaller ones too (5 for £1).
I liked this one because of the feather-like things running down its back!

So, that's it for another week, next week will probably be a post of the explorers I'll have finished explorers; thanks for taking the time to visit and I hope you've found something of interest.
As always, your comments are both welcomed, appreciated and necessary for me to keep my sanity(ish).
Posted by Zabadak at 06:56 26 comments: 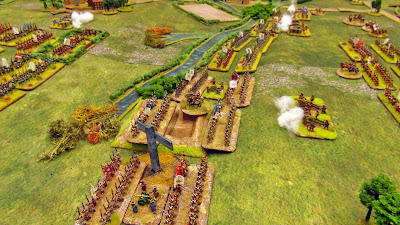 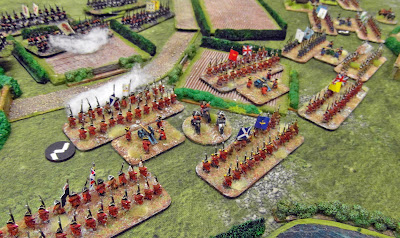