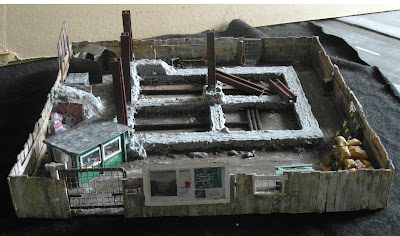 "Construction Site Complete" - or at least it's as complete as it's every going to be.
There are several things I'd do differently  now with hindsight and there's a lot more little bits an pieces I'd have liked to add. For all that it's still a very usable model  for gaming purposes. The model has a fairly big footprint, measuring about 16" square (400mm) on a side and the height to the top of the fence is about 2" (50mm). 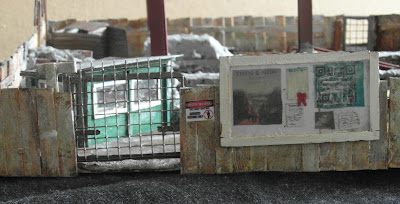 The whole thing was at a point where I could have said it was finished six days ago, but I still kept adding bits to it, like the large notice board by the front gate.
It's meant to represent some sort of notice board of what will be built on the site. It's made from card and coffee stirrers (for the frame) and is in fact detachable, as I'm not completely happy with it.

The small sign by the front gate is one of many warning signs and posters that I've put on the model
Here's a view of the side of the building (clockwise from the front gate).
The "Ace Hardware" sign is one of the last minute things I added, along with some additional graffiti.

Couple of close ups  of the signage : 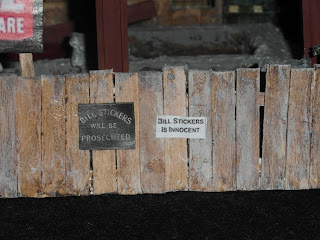 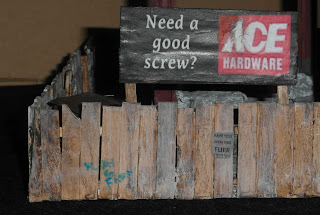 General view of the rear of the building showing the "new" rear gate . The original one was wood but after replacing the front wooden gates with a mesh one I decided to replace the back gate in a similar fashion and again using a bit of sprue for the frame. The posters came from  one of the "Twilight Streets" sets  (I think) .
Two close-up shots of the back wall "decoration" 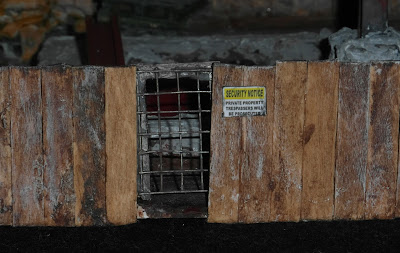 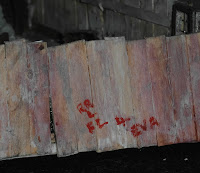 I finally decided to add some wire mesh to the viewing port on this wall (the front wall also had it added too)
A bit of graffiti  and a warning poster put the finishing touches to this side. Photo on right shows a close up of the graffiti. 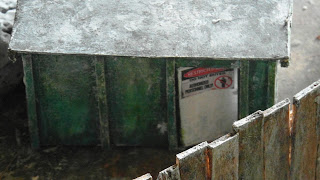 A few photos of some of the internal details that I've added, starting with the door to the site hut and moving clockwise around the inside.
(The hut still isn't glued into position) 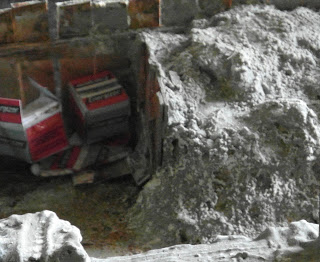 The rubbish just behind the hut and the store of "stuff". 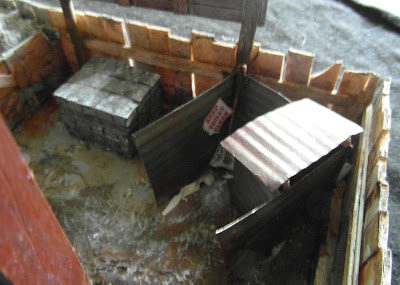 The ablutions, such as they are and a late addition of  a stack of breeze block type bricks. 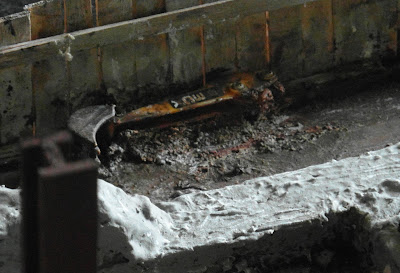 Piece of a digger I found in the street (another late addition) on the inside of the back wall. 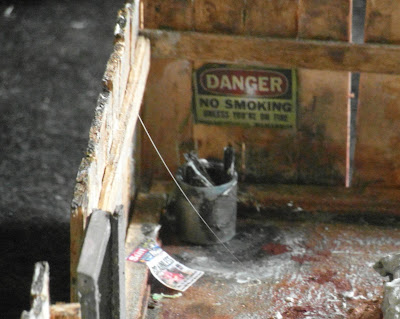 The corner opposite the front gate, the sign reads "No Smoking, unless you're on fire ! 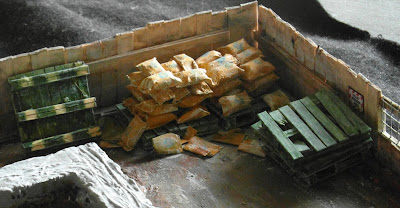 The palette stack in the front corner, with additional random palettes and whilst the two palettes, with sacks on, are glued in situ, the others aren't. 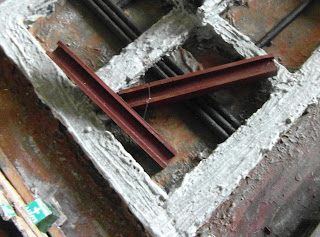 Final shot of the two extra girders I'd made and they're not actually glued in place either. You can also just see the very last addition I'd made in the bottom left of the photo - it's a safety equipment  storage box and first aid station.

So, once more that's it for another week and as always your comments are both welcomed and appreciated.