For those of a younger disposition this was a black and white western )one of many) from my youth, concerning the adventures of a railroad, its engineer (him of the title), Casey junior (his son), Fireamn Wally, redrock and the rest of the crew on the "Cannonball Express".. 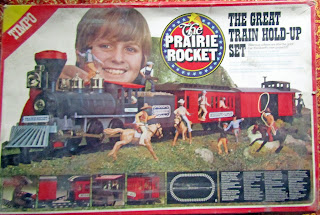 [Not me in the pghotograph above, I was decidedly older when I bough this set]

All of the above preamble was so I could show my two railway set-ups for my Old West skirmishes. Railways and their robberies (invernted by Jesse James iirc) played such an important part in the OW that I had to have one. 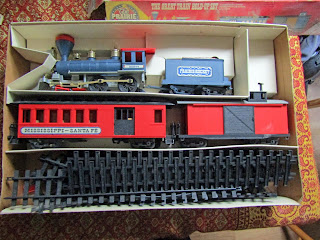 [Contents of the Timpo set] 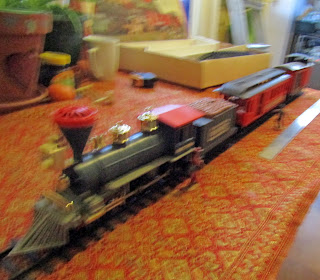 [Engine and tender, the latter held the electric motor]

[Inside the carriage and parcel compartment] 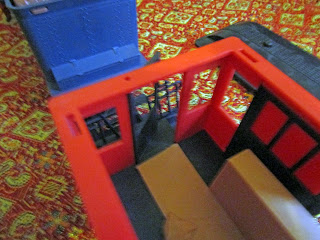 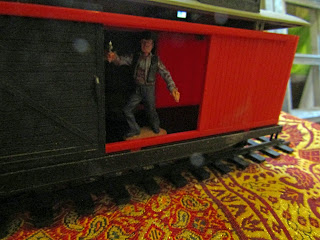 [Caboose with sliding doors, but no other detail]

The second set I have is even mor toy-like: 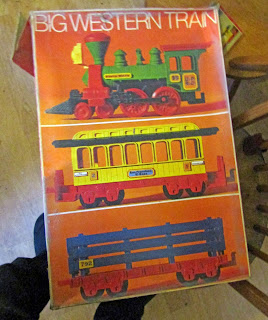 [What you see is what you got - I bought two sets] 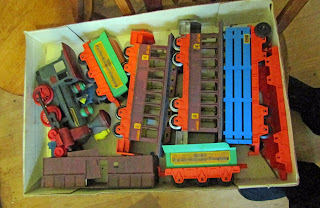 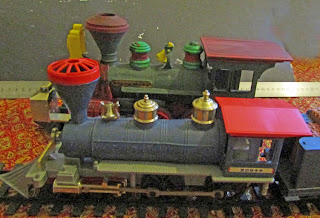 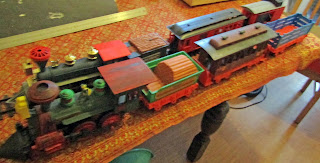 [The two sets, side by side]

[In the foreground is my full train, two carriages and a scratch-built Express car] 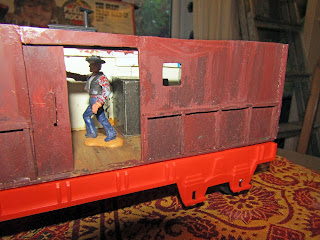 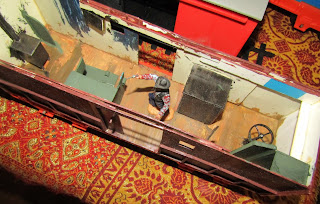 [Another view of the insed of the Express car] 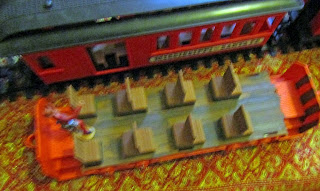 The second set doesn;t come with tracks, but is a hefty model, well over five feet long if I added the flatcar.

In  a week where I did very little modelling or apinting, I found half an hour on Sunday to put togther these models: 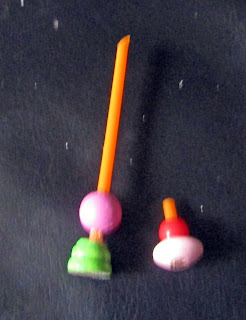 [Three and a half beads and a drink straw - can you see hwat they are yet ?] 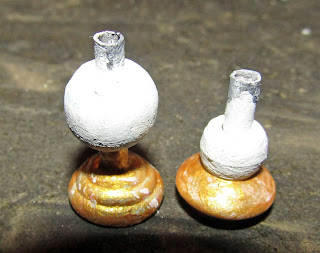 [How about now ? - they're meant to be old oil lamps - just in case you couln;t tell] 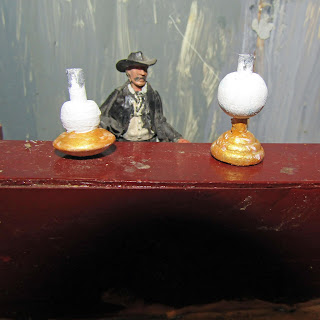 [And how they look in use]

So that's it for another week, the good news being that I managed to get a post together despite doing very little and Blogger is almost like it used to be. I even put in photographs as I typed and re-sized one of them !

Thanks for taking the time to visit, I hope there was something of interest and of course, your commetns are both welcomed and appreciated.