Having procured a lift to this event (despite it being less than 2 miles away, but getting there by public transport is a nightmare for me), I had a very enjoyable day at Border Reiver.
Myself and three others arrived fairly early to what appeared to me to be a very busy event, although there was still enough room for a good wander around.  From memory, the traders were much the same as last year with the absence of Dave Thomas (for whatever reason). The games were, as always, varied in quality from the "hastily thrown together", to the more typical 'club' games, with all the variations we are used to - demonstration types; games being  played; participation games and so on.
I made my way immediately to my good friend Stu's vast Pirate game, though its a loose term for a conglomeration of Frostgrave,( Ghost Archipelago), Blood and Thunder and various other genres (i spotted elves, dinosaurs and even a Tardis!)
Stu made and painted all the terrain himself over the last several months, here's the pics:

Moving on to other games:
Another fairly local group to me, Blyth Wargamers put on two good looking games - Casablanca 1942 and a Frostgrave (iirc) dungeon style crawl, both looked very good.
Tyneside Wargames club, put on this good looking galleys game:
Probably my favourite game of the show was this Napoleonic epic from Westerhope games club (very local to me too).
I'm a sucker for big battalions (though I prefer the 7YW) and this game ticked all my boxes; not just the game and superb figures,  but the general banter between the guys playing (in their team pink RED shirts.
Whitley bay  3D gamers (?) put on this Japanese game.
The inimitable Andrew Wylie (almost an ever -present at every Northeast show) once more put on his 'Dead Man's Hand' participation western game.

Here's some arbitrary general photos of the venue... 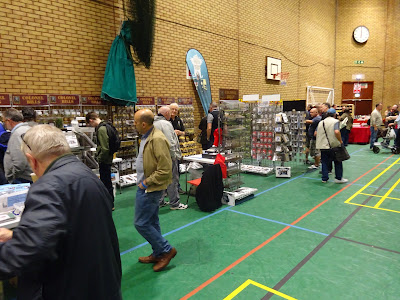 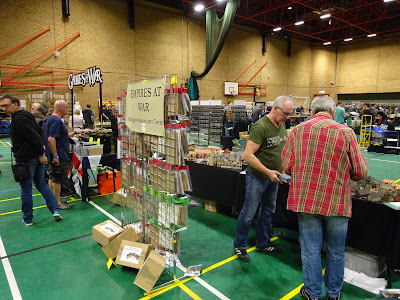 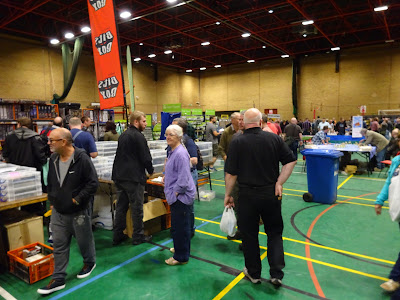 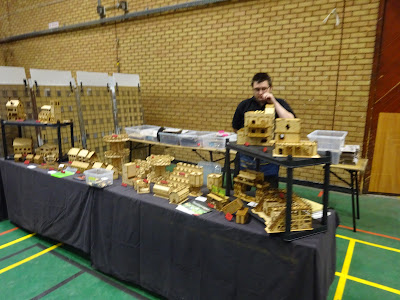 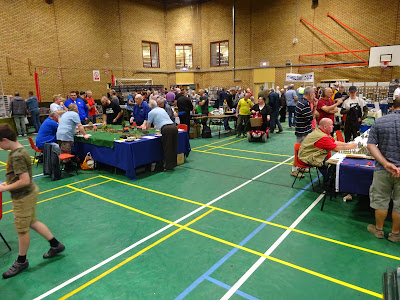 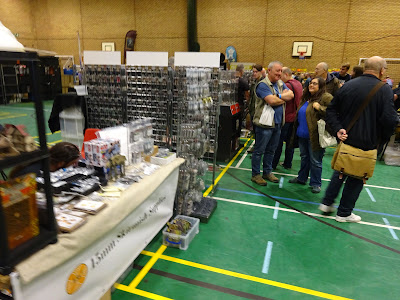 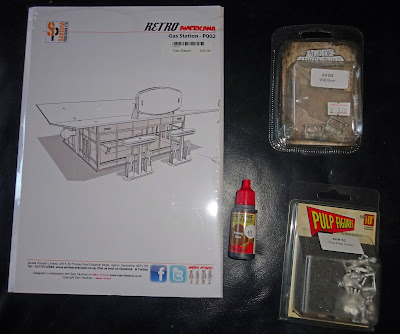 I did get some loot, though very modest (I spent less than half of my budget):

A Sarrisa MDF garage
Two Warthogs, of the animal variety rather than the death from above type.
A Pulp Figures' film Crew (Other production teams shouldn't get nervous)
Finally a tube of quick-shade stuff (which I'm still a bit dubious about).


I met many old friends  at this show, one I hadn't seen for about 40 years or so!
That's it then for this week, I'm sure other blogs have better photos of the event, but as always your comments are both welcomed and appreciated.