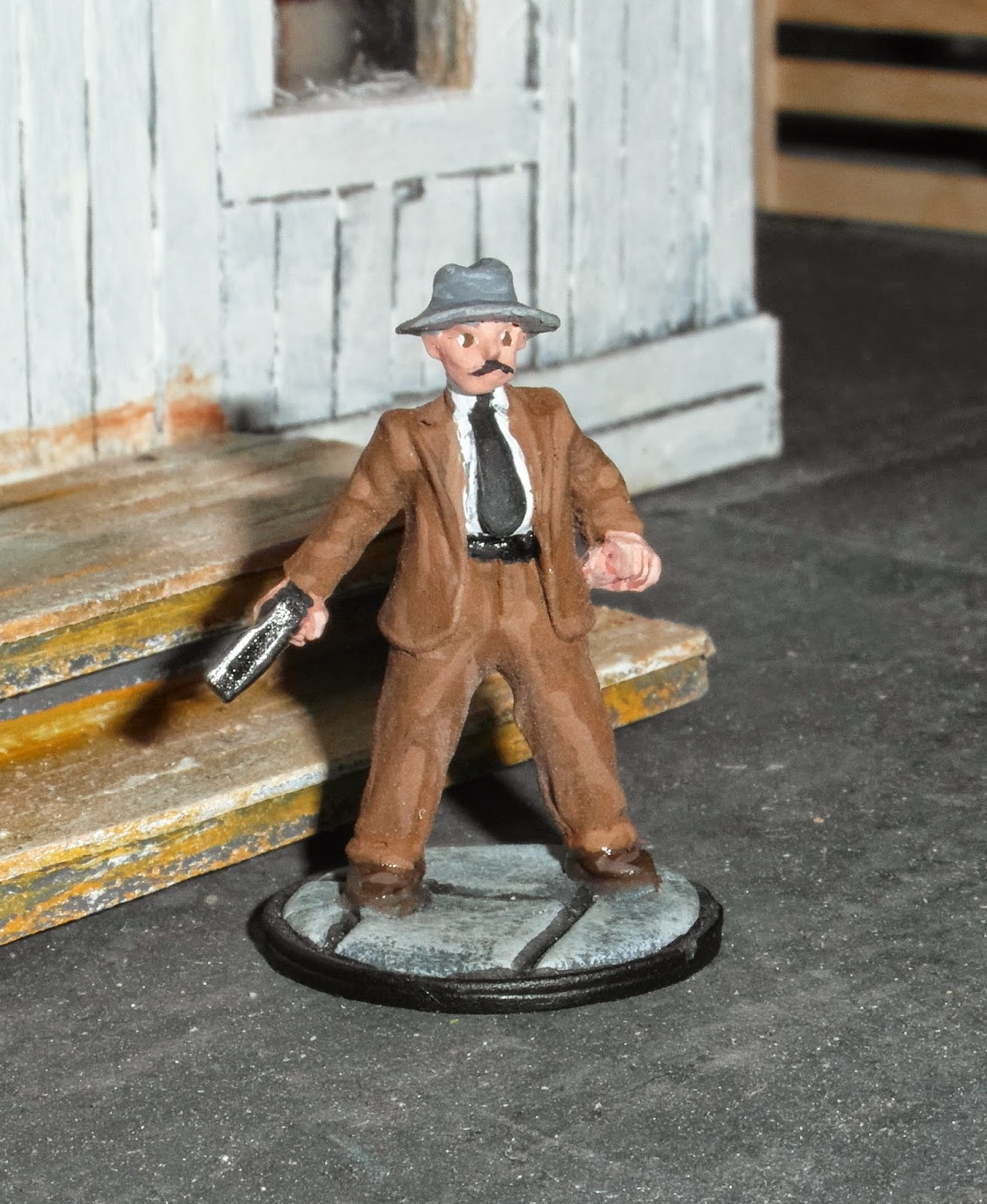 "WOW and WOW again" was how I reacted to opening the parcel I received in the post recently.
It was no surprise that a parcel would be arriving given that I'd won a prize on Tamsin's Blog "Wargaming Girl".
The parcel was about half the size of a brick, which I thought was odd given that the prize was a single gangster figure (and very well painted as the photograph shows). 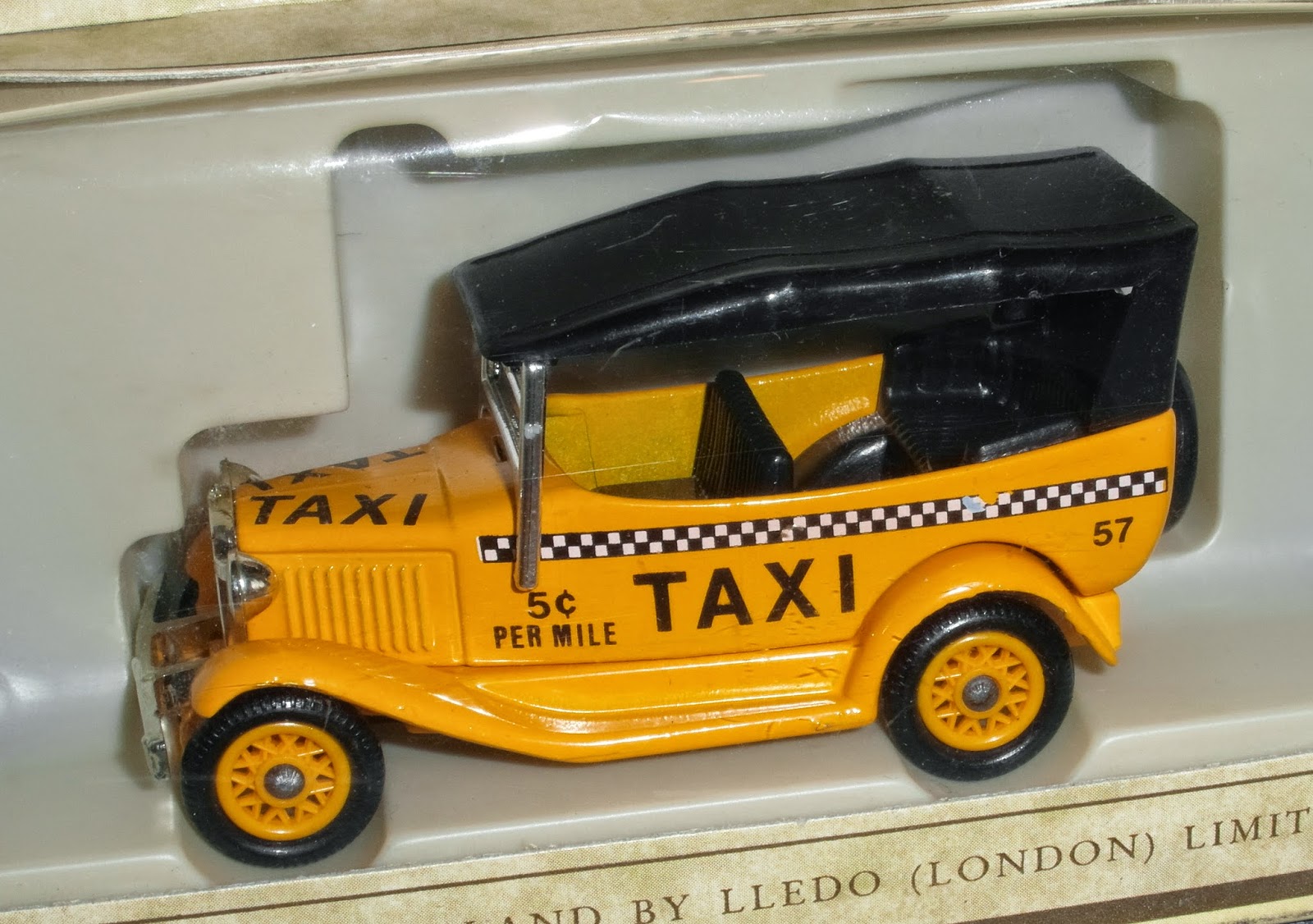 The overly large parcel also contained the Lledo yellow taxi that had featured on her blog and that I'd commented upon. Tamsin's current project is "Gangsters" and she has gone with the larger Matchbox "Yesteryear" models after comparing different sized vehicles and thus this was seemingly surplus to her requirements.
It fits in well with my own collection of Lledo models and I've looked around for one a year or so ago, but to no avail. Now if only I could find the identical model in the police livery !(hint).
It's been said many a time about how generous the blogging community is and I've been humbled by such generosity on a few occasions so I really shouldn't be that surprised, but I always am.

I'm now fully recovered from the exhausting weekend away and have gone back to painting a few figures whilst watching even more dross on TV. As painting doesn't hold my attention for more than an hour I've written up my reviews of the last few zombie films that I've watched. These include "Battle of the Damned"; the "Dawn of the Dead" remake; "Before Dawn"; "House of the Dead" and "Against the Dark" (a film I featured in last week's blog). My pick of the bunch though was "Kill Zombie !", advertised as "A comic splatterfest" which although intially filling me with dread, turned out to be quite entertaining. 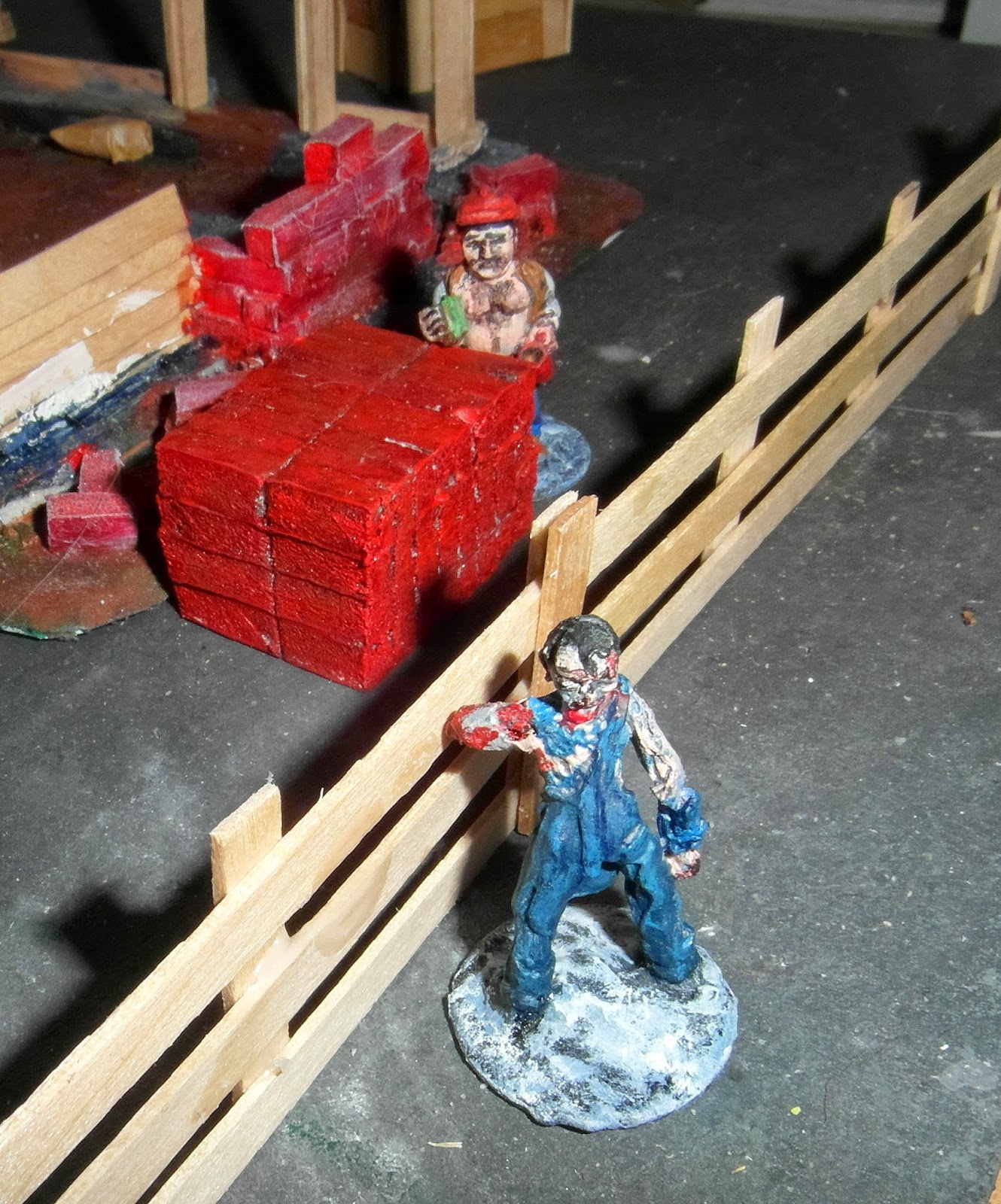 My painting however did suffer another set-back, but this time in a good cause as I fitted in a game!
Following on from my scenario "A Day in the Burbs" I was about to clear the table ready for the next scenario I have planned, but was struck by Bob's predicament and wondered if he'd make it to safety.
The previous game had finished with the "heroes" fleeing in a taxi leaving Bob in the situation shown in the photograph with a zombie bearing down on him. (The zombie isn't going backwards, but his head is !) There was a single depleted spawn point and that would be Bob's exit. The other zombies in the game were still present  and there were no PEFs or any other set-up situations to worry about.
This was also a new venture for me, in that it would be the first game I've played solo !
So the scenario "Bob the Builder - Will he Make it ?" will be the subject of next week's post.

That's it then for another week, as always your comments and thoughts are both welcomed and appreciated.