As 2013 draws to a close it's time to reflect on the year and it's highs and low.
For me the year started with my eyesight rapidly deteriorating, which was no fun at all but by September and two operations later I my eyesight fully restored.
My enthusiasm all year has been up and down like a bride's nightie with the inevitable down sometime around the end of November when any pretense of enthusiasm for blogging and gaming in general hit an all-time low, but this has since been lifted somewhat by just one or two recent comments on my blog and replies to my own comments on others' blogs.
Over the last two years of blogging I do feel that I've made several new friends in the Blogging community, which is a strange thing to say considering that I've never met but one of them.
The highlight of the year, as hinted at, was meeting Matevz or Mathyoo as many of you will know him as. 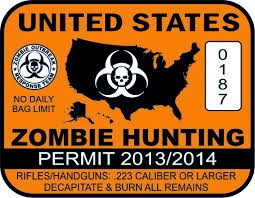 Without Bryan/Vampifan's, Matevz, and many of the regular commentators to my blog I think I would have given this up a long while ago.

In 2014 I aim to game more, once the batteries are recharged and the enthusiasm for it returns.


On to the Xmas haul, which on the Wargames front saw me the proud recipiend of a Full Thrust Fleet (FSE for those that know about these things). I blame Colgar6, and his excellent bat-reps that overflow with his enthusiasm for everything he does. The present came from eldest son who has his own fleets for the game and probably recollects from his childhood playing this game with me. It is a bit of a diversion from Zombie gaming but a very welcome one at that.
All was not lost though on the Zombie front as I did receive some related items. 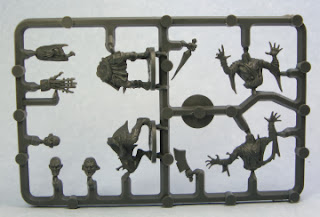 From the overly generous Lord Siwoc I got a rather bulky pack of mantic Ghouls as a prize in his rather unsubscribed Xmas competition.
Expecting one or two sprues worth of Ghouls, my jaw dropped when I opened the package to a veritable feast of figures. When I get back to painting Zombies, I can see these being combined with some Wargames Factory zombies.
It's been quite a revelation to me blogging, just how generous fellow bloggers are, this was not the first competition I've won and I've also been the recipient of other gifts too!  This is surely one of the most wonderful communities to be a part of.

With that, it's time to wish you all a very happy and prosperous New Year and here's to another enjoyable year reading your blogs, making new friends and maybe even meeting a few more of you.

As always your comments are welcomed and appreciated .