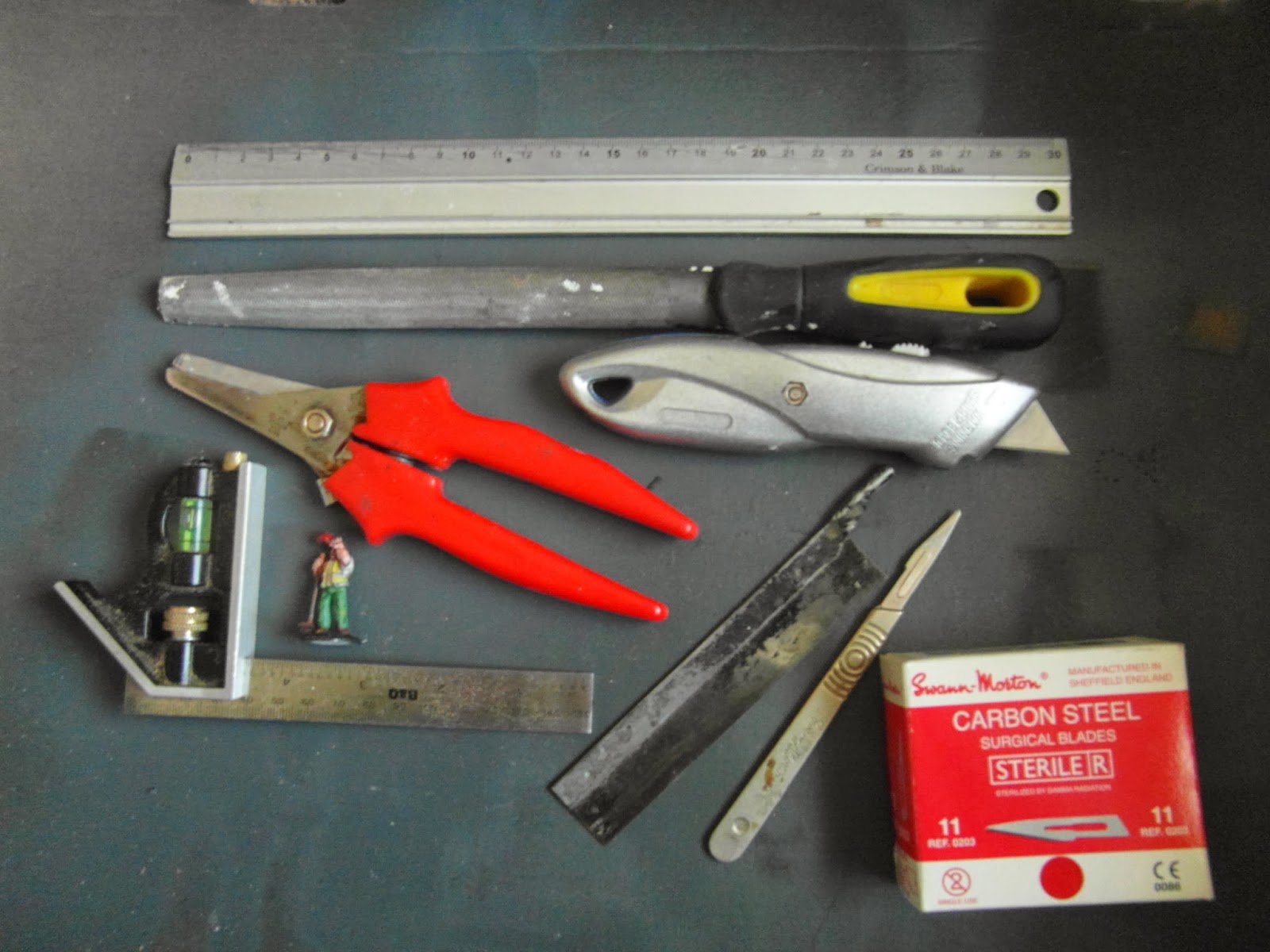 I tend not to make New Year resolutions  and this year will be no exception, because after becoming ill in 2011, by 2012 I wasn't making any plans that I ever came to fruition.
I do hope though that I'll get in some gaming and manage a few more building projects ( I have one in mind concerning a tin of bouillon and another with a plastic chocolate box insert.). When I get out of the current regime of over-indulging and sleeping I may even get around to some painting.
Buying figures is again not on the  list of things to-do this year (it was last year too) and yet I still managed to accumulate another fifty or so. I did buy some figures last year (less than a dozen) - some dogs and a cat spring to mind and although I still would like a dozen more of the former I'm in no rush. Long on my wanted list has been the plastic Survivors, both men and women but there again I really can't justify getting them as much I'd like some.

In case you're wondering about the picture, these are the main tools I use when I make any of my models. The ruler has a groove to protect fingers and a back edge that doubles as a very useful right angle and is about 5mm tall; it's single sided and has an anti-slip pad on the underside; it's one of my most recent purchases (less than 20 years old). The 9" bastard file I use for just about everything I need to file, I only use smaller files in areas where this won't reach. The Stanley type knife is used on thick card, but for most everything else I use Scalpels. I have three scalpels at hand and go through a lot of blades, hence the essential 100 blade pack (and the multiple scars on my hands). The saw I've always referred to as a Jewelers saw, but I believe these days it's called a razor saw. I've had it for a very long time and its shows on its blade. The adjustable set square is a must for anyone making large models in my opinion though I tend not to use it for very small bits as I can judge a right angle fairly well.
I haven't a clue what to call the red handled cutter thing, but again I've used this for more years than I care to remember. I use it for cutting most anything including the inevitable stirrers, but it can also cut through quarter inch garden canes. I do of course have many other tools that rarely see the light of day, cheap craft knives, small files etc. Hopefully this year this set will again see action.

That's it for this week as always your comments are both welcomed and appreciated.