Over the last few weeks  I've managed to accumulate a few more vehicles, buy some figures for the first time in about 3 years (for a new non-zombie related project that's been stuck "In the pipeline" for more years than I can remember) and generally add to my already growing storage problems.

OK, so the finds aren't that great, they're made from soft plastic and cost £1 each , from a local £1-style shop.  They're not so bad scale-wise, as can be seen by the second photograph with Sid in attendance for scale.
You have to be very wary when removing them from the packages as they will go very blurry. (Not the fault of the inept cameraman at all, no sirree)

There are two distinct types here (I got one of everything that I could) from the farm sets and the construction set. The farm vehicles are obviously tractors with either different implements on the front or have a trailer being towed.
As can be seen there is a bowser-type trailer and another trailer containing a coiled pipe  of sorts. The trailers were the main reason buying the tractors. 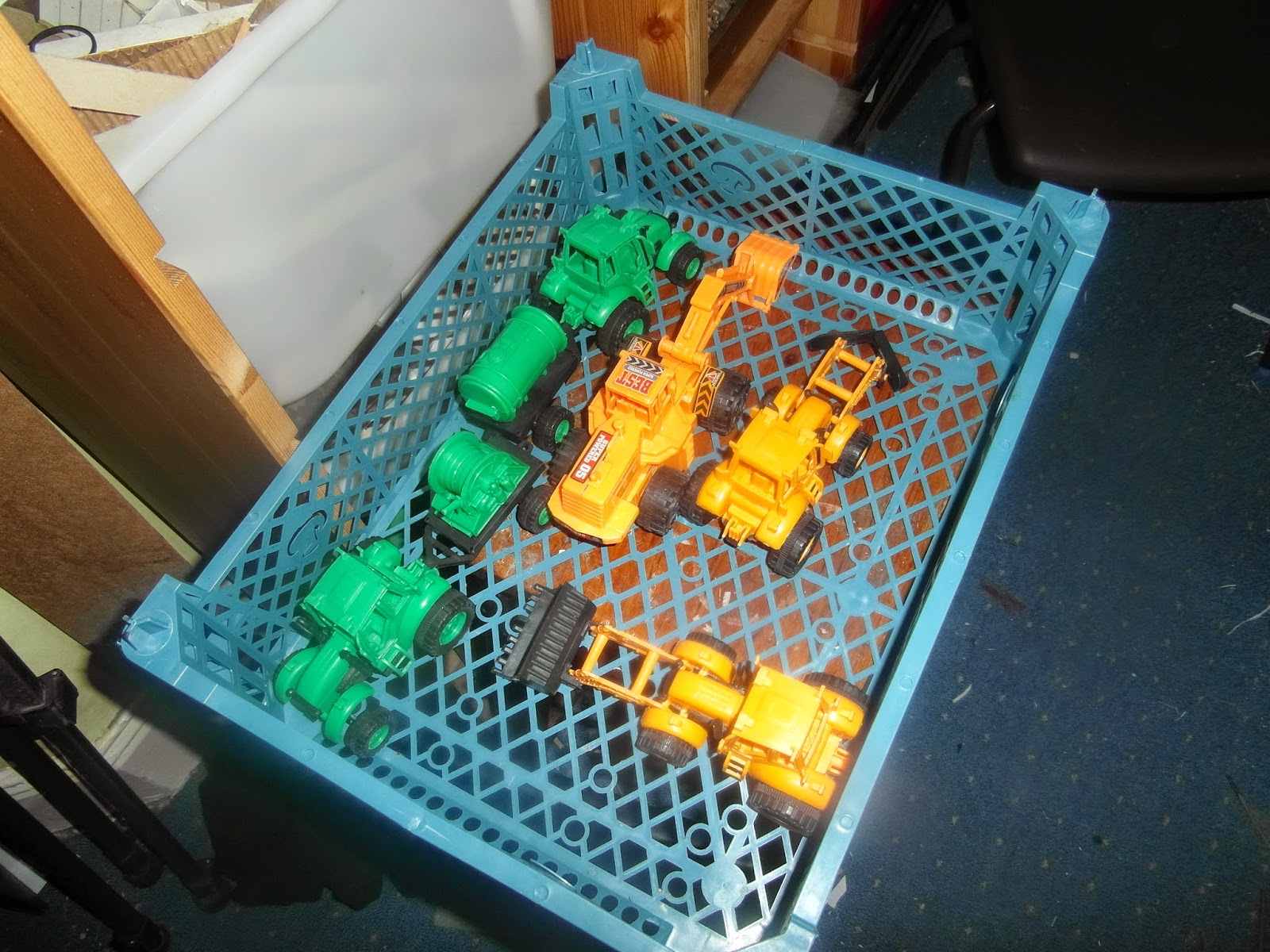 They're not too bad (especially for the price and will amply fill up the open space on the table, but cold do with a bit of "dirtying -up", probably more so than a lot of my other vehicles.
So where's the storage problem then, surely these can't take up a lot of space?
Well, no, as can be seen, here,
they hardly fill up one of those vegetable packing crates that I use for my vehicles. M
Maybe so, but this is now the SEVENTH such crate I will be filling ! 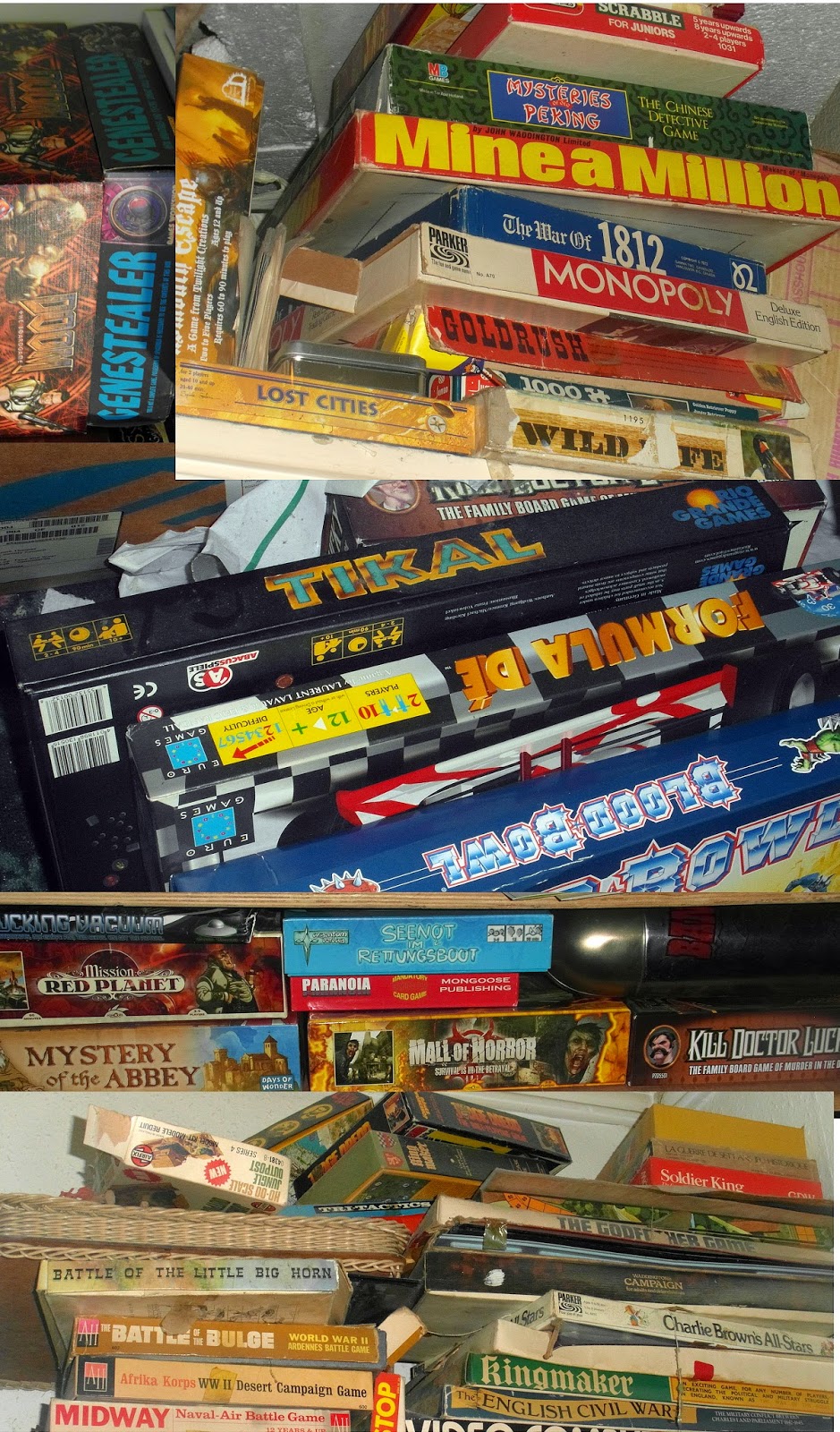 And it's not just my Zombie stuff that take up space,

Many of them are older than my grown -up children and I've no doubt you'll be able to spot titles that you all have and maybe some you've never heard of.


Spot the Zombie board-game ! it's the only part of the whole composite photograph where the games weren't stored above head height !

In addition to games of course I have the usual two or three thousand book (mostly stored in boxes) and toolboxes, drawers and filing cabinets full of figures, like everyone else I'm guessing.