With all the fencing completed it was time to assemble the various parts.
All the fencing now had a slender base, which had a small amount of filler added plus a sprinkling of sand to get some sort of scenic effect.
You'll notice that I've also added corner posts , for added strength.


The "double" yards had the same treatment as the smaller ones, with the same basic scenic basing and the addition of corner posts (made from four layers of coffee stirrers)

There was one other element to take into consideration and that was that all the pieces had to align with the wall of the building, which meant a bit of filing here and there. 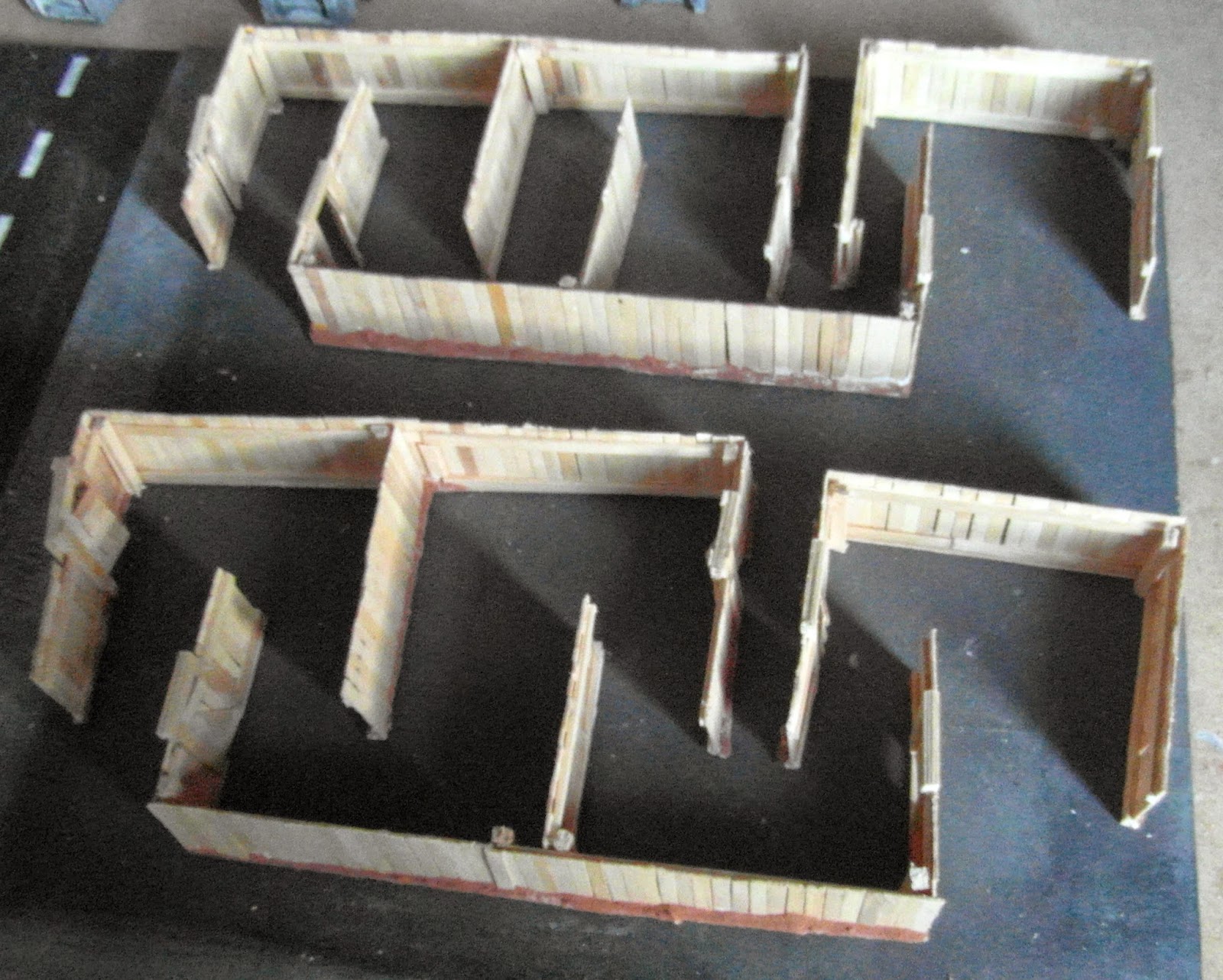 Two shots next of all the units I've made so far.
They don't look like they take up much space when intertwined together and laid like  this (before undercoating obviously) 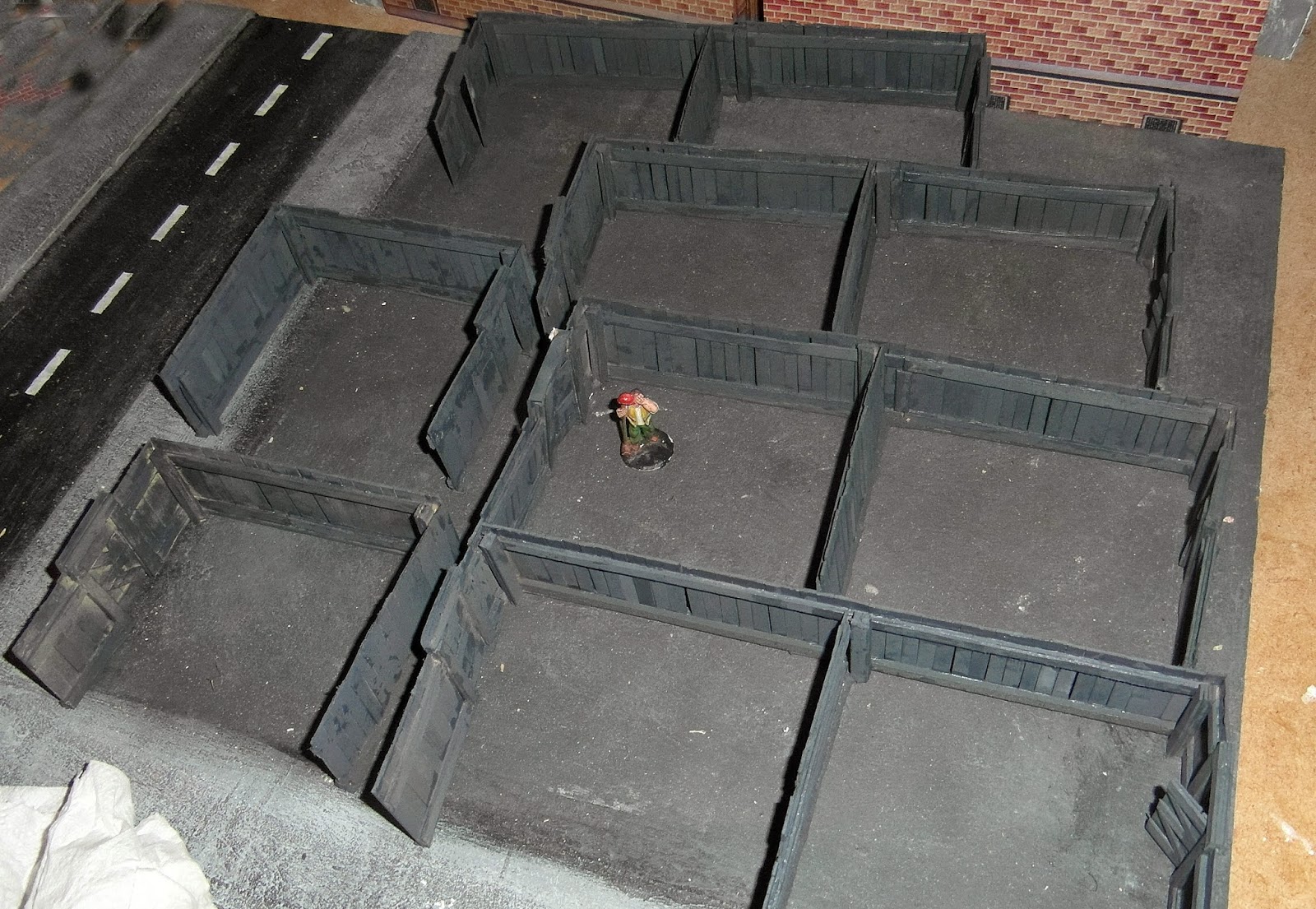 But It's a different matter when you see them separated out.
Each section of fence is about 4" (10cm) long whether it's a plain fence or a section with a gate, so that's 26 sections so far or about 8'6" (about 2.5m) of fences ! A lot more than my original estimate of about 6', it does make me wonder how much it would have cost in plastic !

After a very quick paint-job (unfinished at present) I decided that these would need a base for them to sit on and so I could glue some scenic items in them.
They sit on very thin card with a piece of scrap foamboard that will fit underneath the building they're against and prevent them from drifting around the table during play. 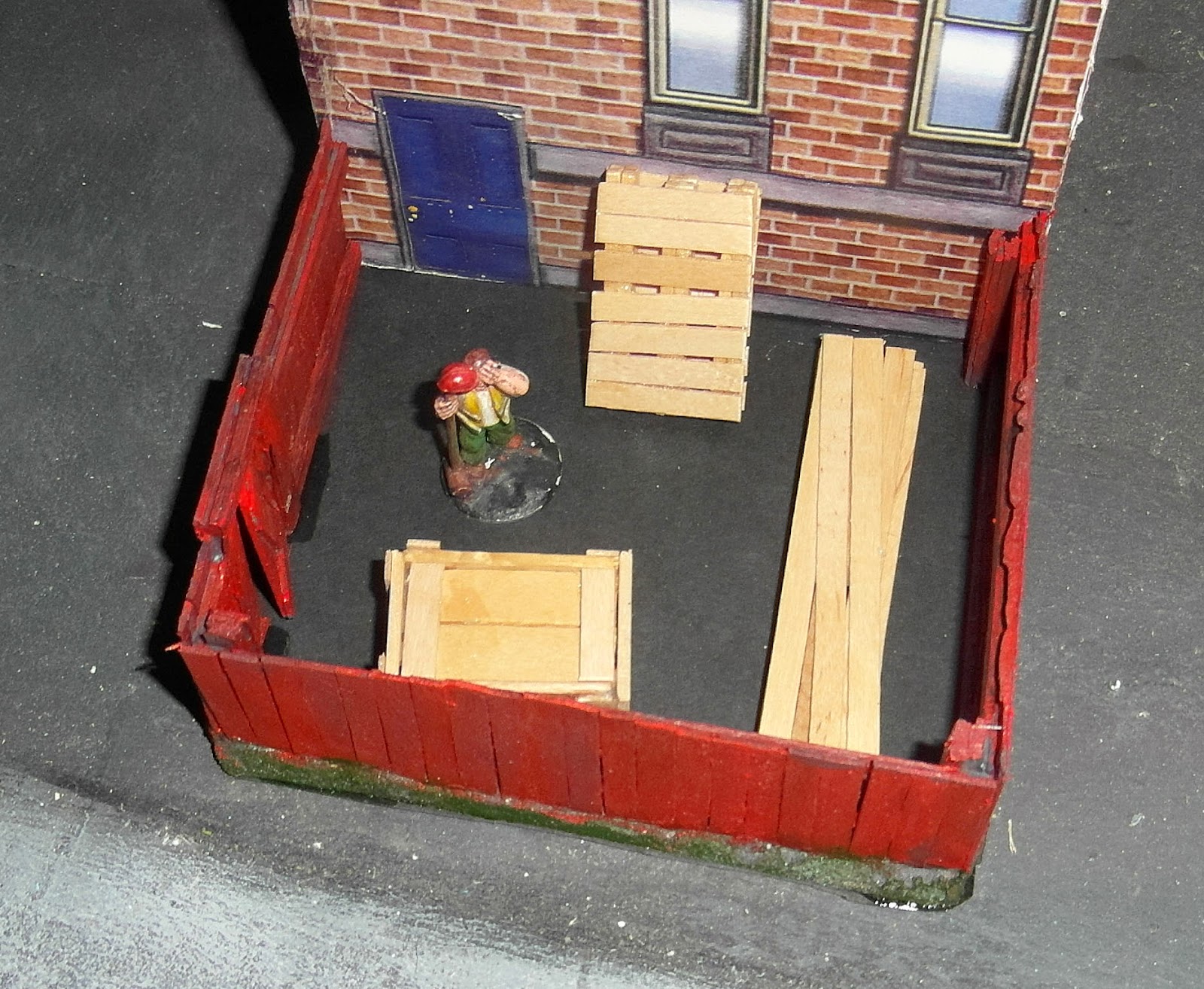 The single yard (top left in the above picture) with a few bits added; its base is hardly noticeable even at this stage, without anything being done to it. 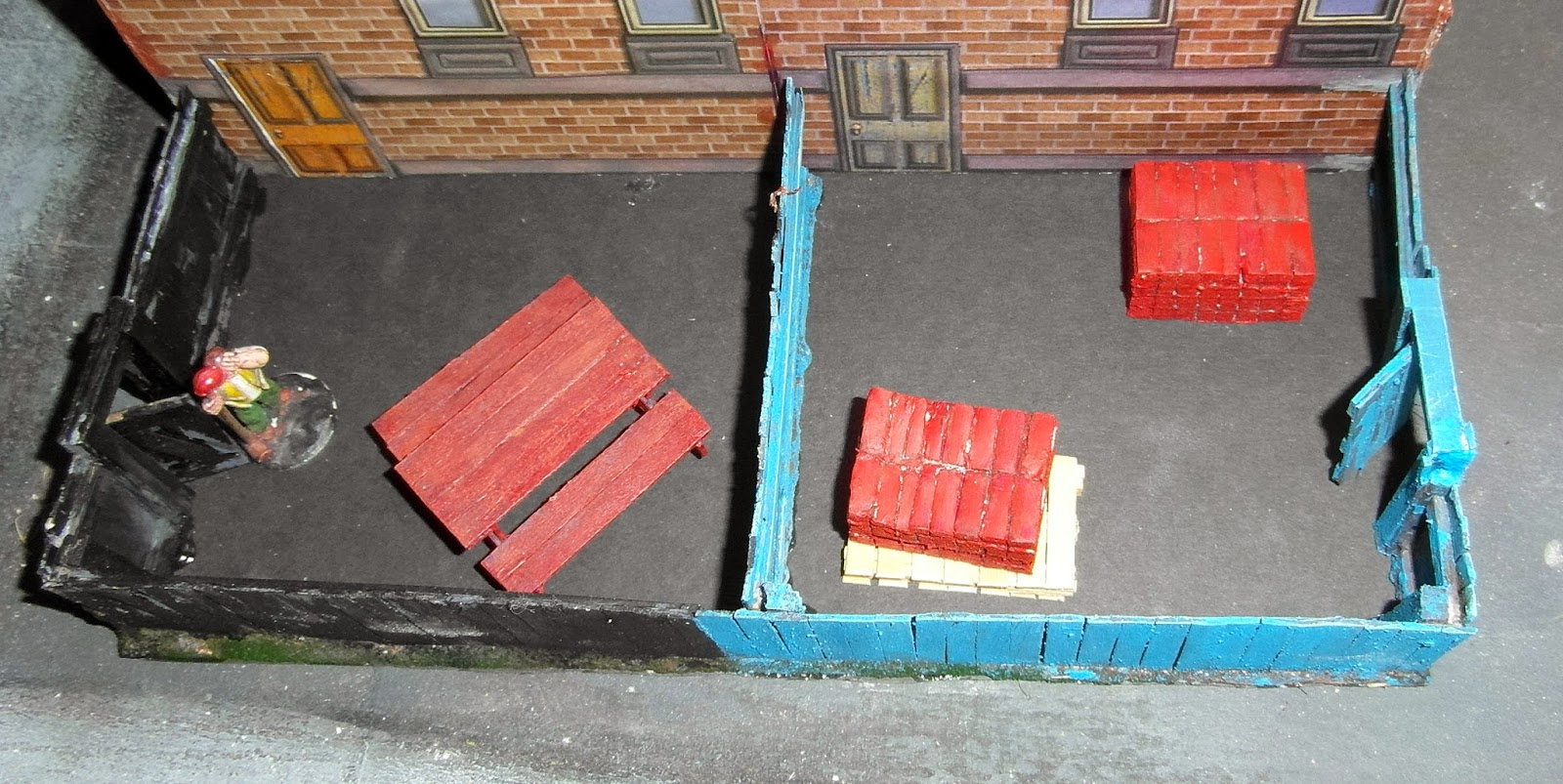 Similarly a "double" yard , on its base, which is tucked under the building. 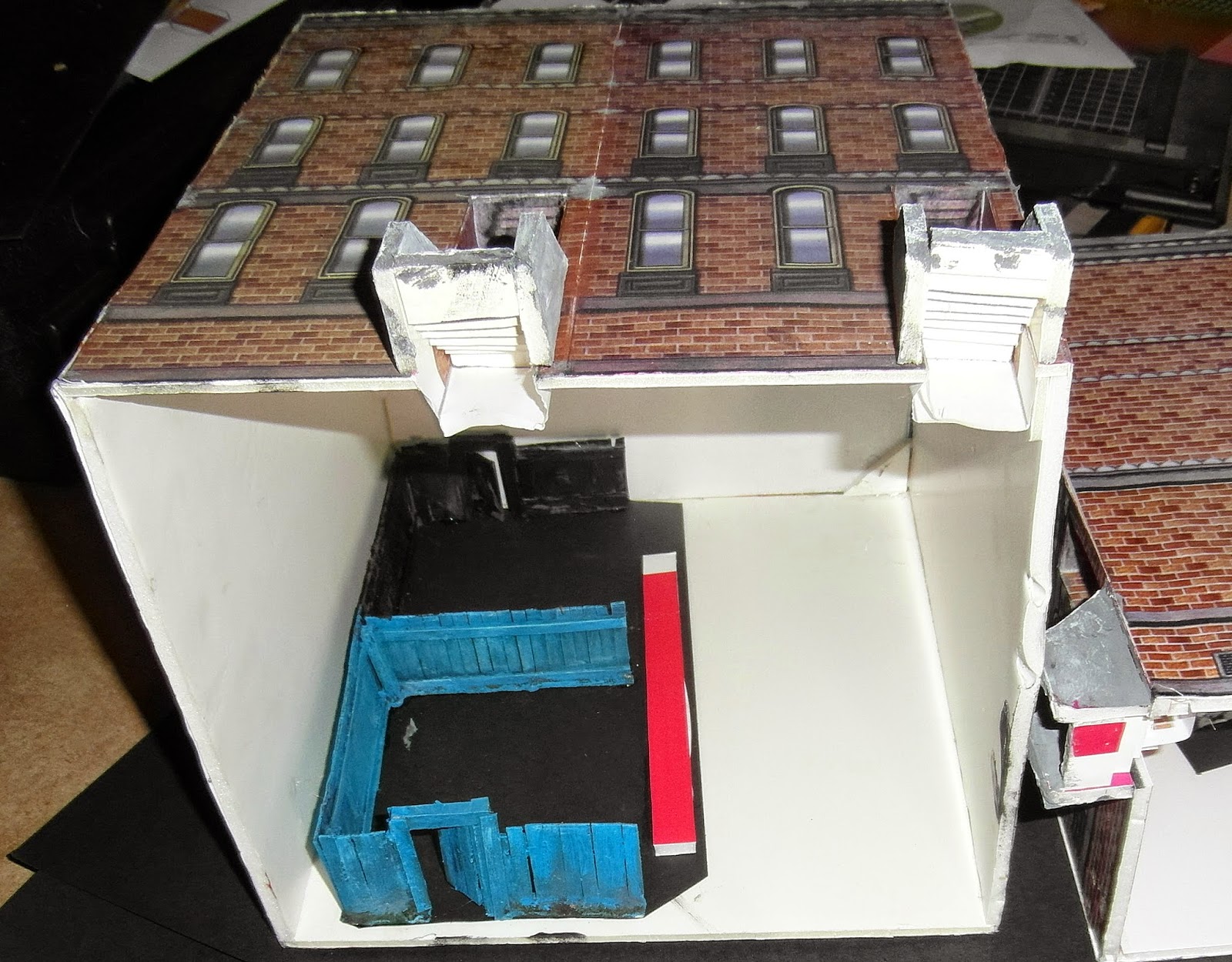 And just in case, if you're wondering where all these will be stored, here's a picture of a possible answer. 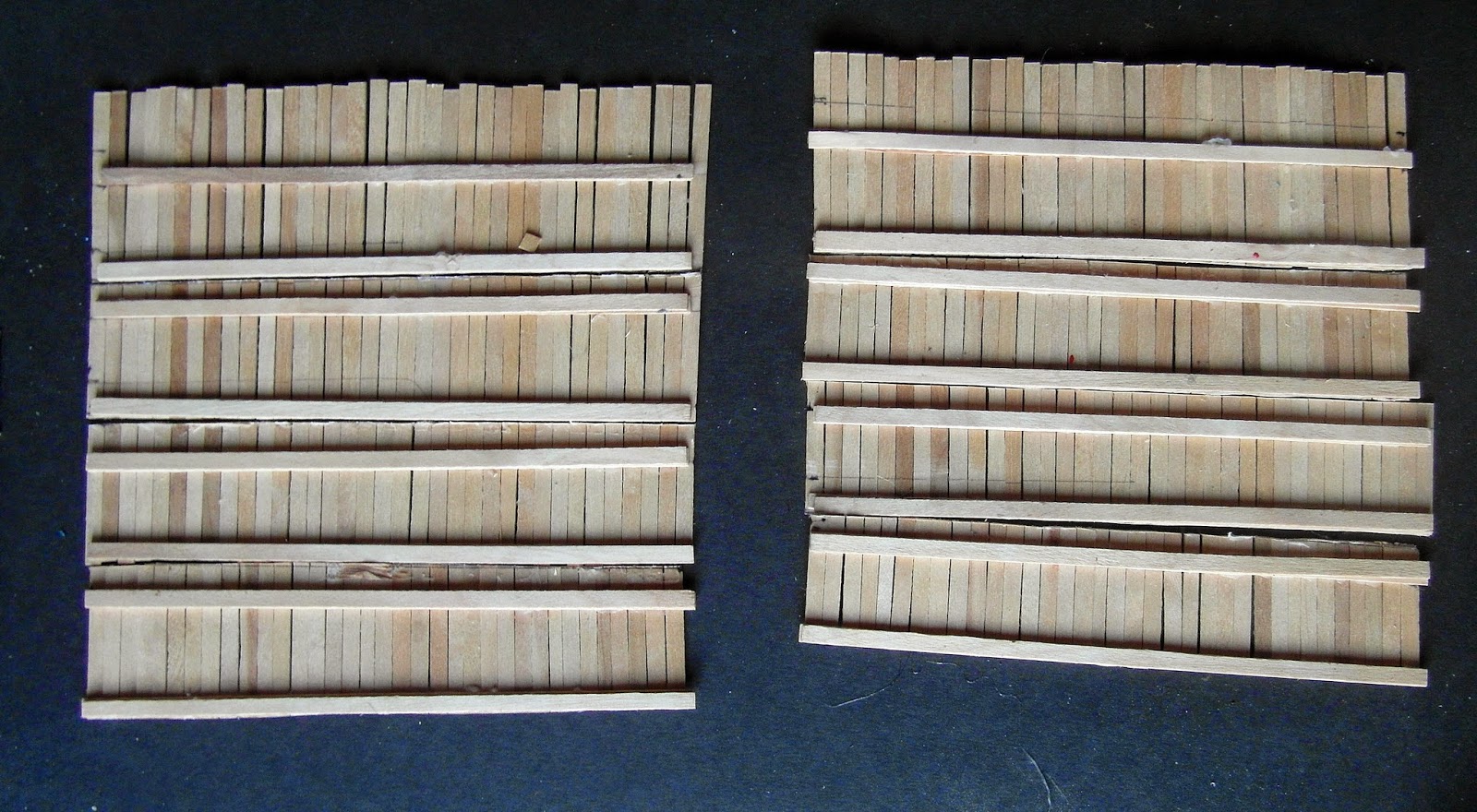 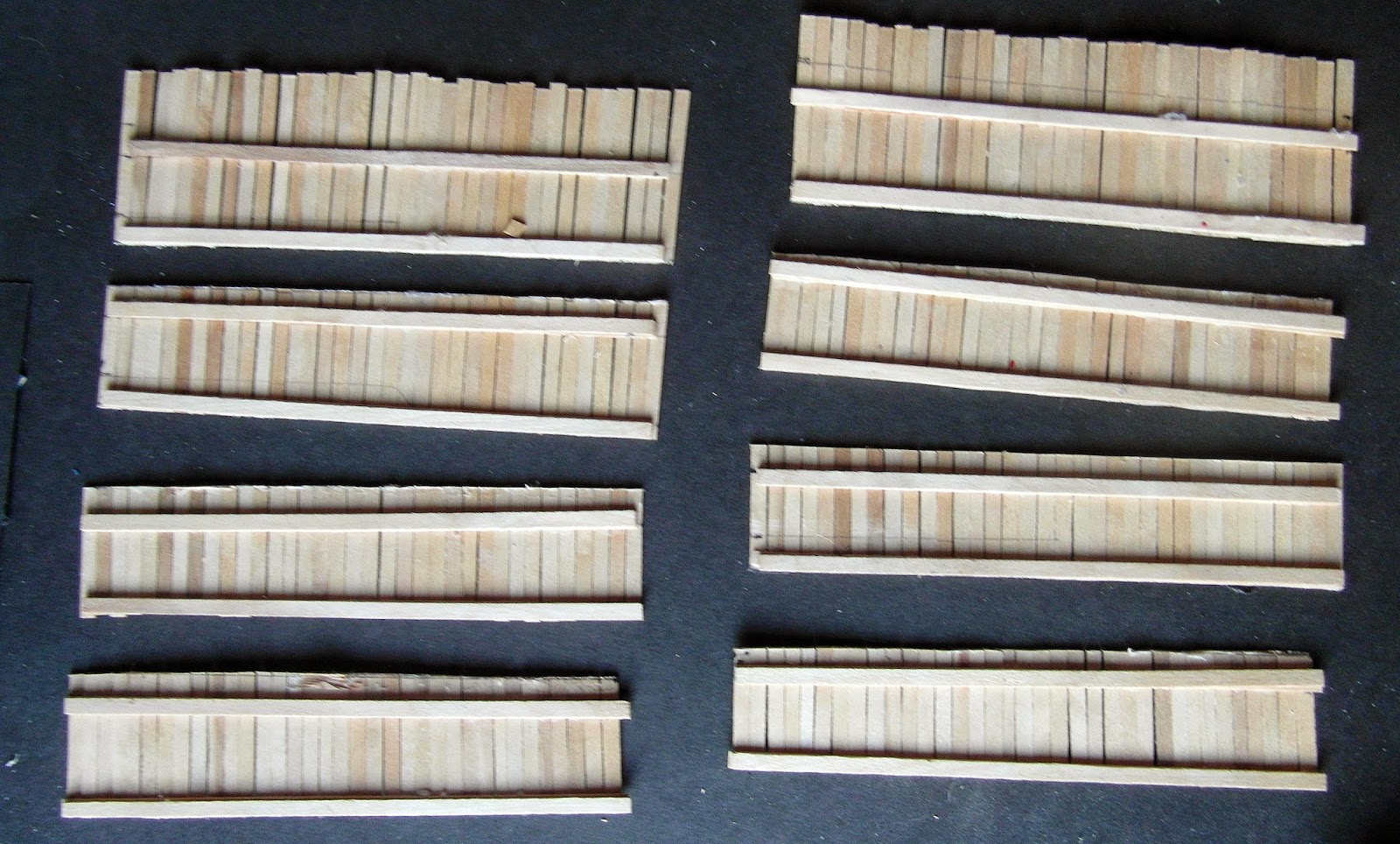 Exactly the same methods was employed  as with the coffee stirrers except because of their length I could get 4 sections of fence from them rather than the three I got from the stirrers.
The two final units will be done sometime in the near future, as I have all the bits ready for them but I've also started a very simple building (a box) which should be at a stage where I can post about it next week.


That's it then for another week thanks for taking the time to look and as always your comments are both welcomed and appreciated.