This is a model that I've had in mind since December 2011, but at least I've finally got around to making it. I did intend to have an interior for it, but I need some "filler" buildings and couldn't face detailing yet another interior.
Some of my UK followers may recognise  a similarity with this store and a recently defunct chain of stores of a similar name - it's purely coincidental I can assure you (ahem).
My model started out life as one of the very fine "Twilight Streets  - Heroic Scale" card models from "Microtactix" - (purchasable in pdf form from "Wargames Vaults, $10 or about £6.5 for seven buildings).
My model is a slightly larger version of the original as I photo-shopped it into a more substantial building and from the front at least, a more symmetrical looking building.
The building has been increased in size along the front by just one width of upper floor windows and similarly for the sides (an increase of one window width.)
The footprint of the converted model is approximately 11"w x 8"d x 6"h (about 27cm x 20cm x 15cm), whilst the original is about 1"-2"shorter, but the height of the building (to the parapet is the same as the original.

The side of the building, is pretty unremarkable, but I did add one of my signs.
I re-scaled the shop signs in three sizes, the one above the front door being the smallest and the roof-top one being the largest.


The rear of the original store hadn't got the shuttered entrance that can be seen on my version, that was cut and pasted from another of the buildings in the same set.
The sign is of course one of the larger scaled signs that I had made.
My version, the basic four walls and roof took about an hour to put together.


All the signs aren't actually flush with the walls of the building they all have a single coffee stirrer strip (what else) to make them stand out a little way from the walls. 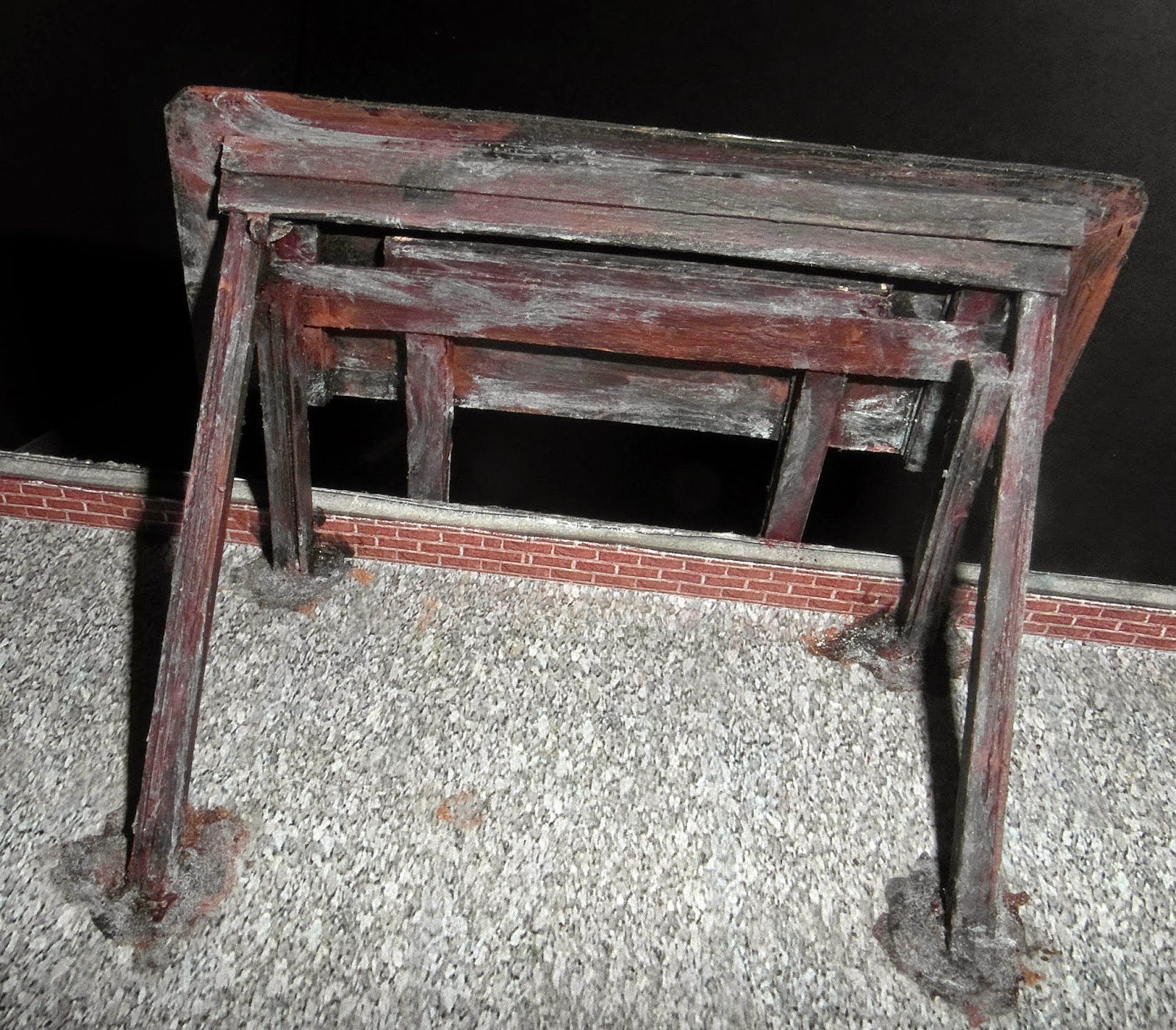 The supporting structure for the sign on the roof, above the front of the building was made entirely from coffee stirrers and took quite a while to complete due mainly to the drying time. Luckily I was working on the last two "triple" yards for my tenements at the same time. 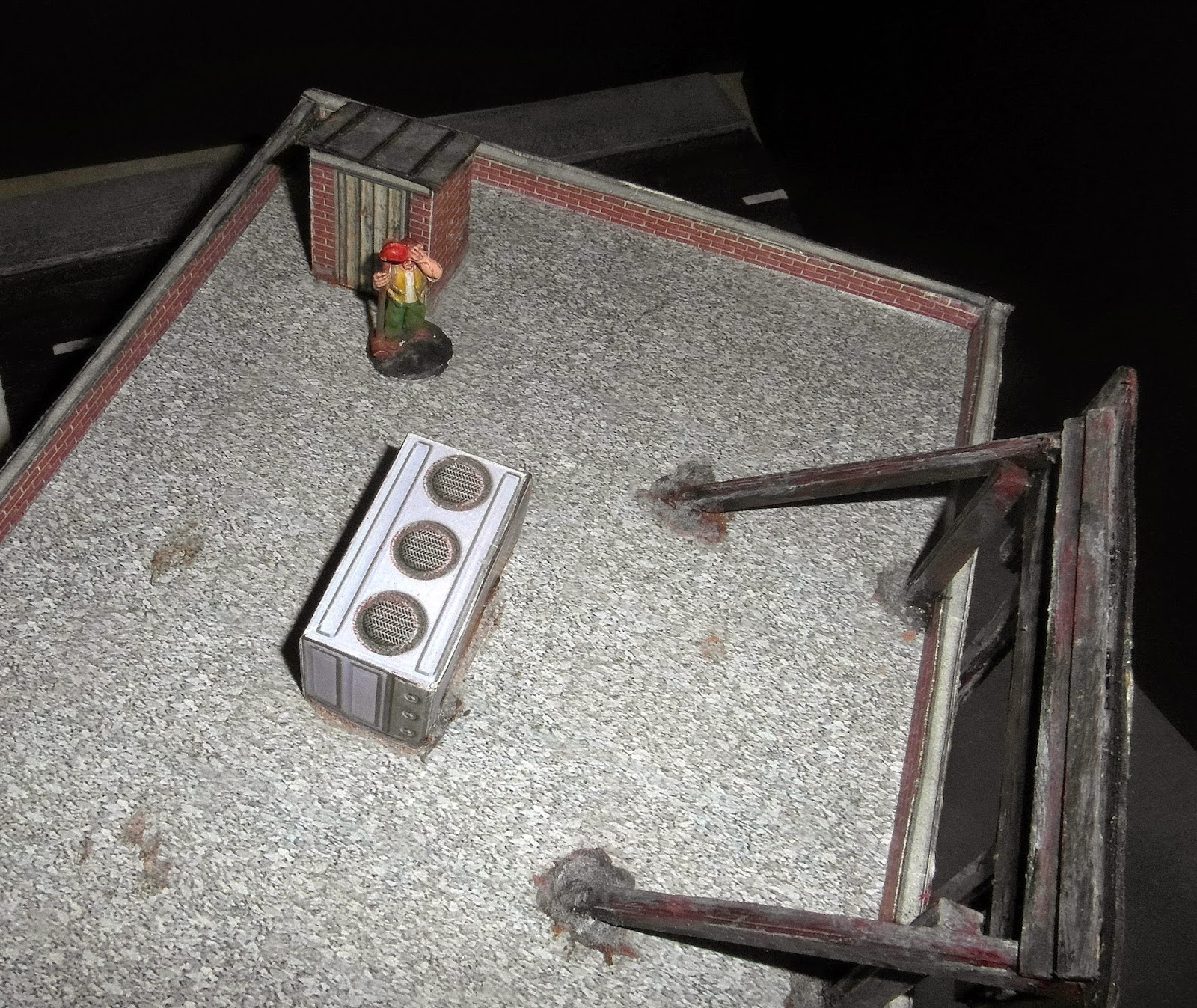 Finally here's a shot of the roof "furniture", the access door is part of the model but the HVAC unit came from one of the many extras that come with the set.

I have also been continuing my work on the yards and have completed both the "triple" yards I needed to complete them.

Next week I'll be posting some of my latest toys and a couple of exciting "finds"but that's it then now for another week and as always, your comments are both welcomed and appreciated.
Posted by Zabadak at 03:08