For my urban environment (but also useful for suburban and rural ones too) I decided I needed some substantial fences rather than the ones I pretty much flung together for a rural games nearly a year  ago (here). The ubiquitous coffee stirrers would of course be the mainstay of the construction materials along with some better wood glue (Evostick) than I used last time .
The basic method I used was to glue the stirrers (with one of the rounded ends cut off to a strip of coffee stirrers (two stuck together) as the base. 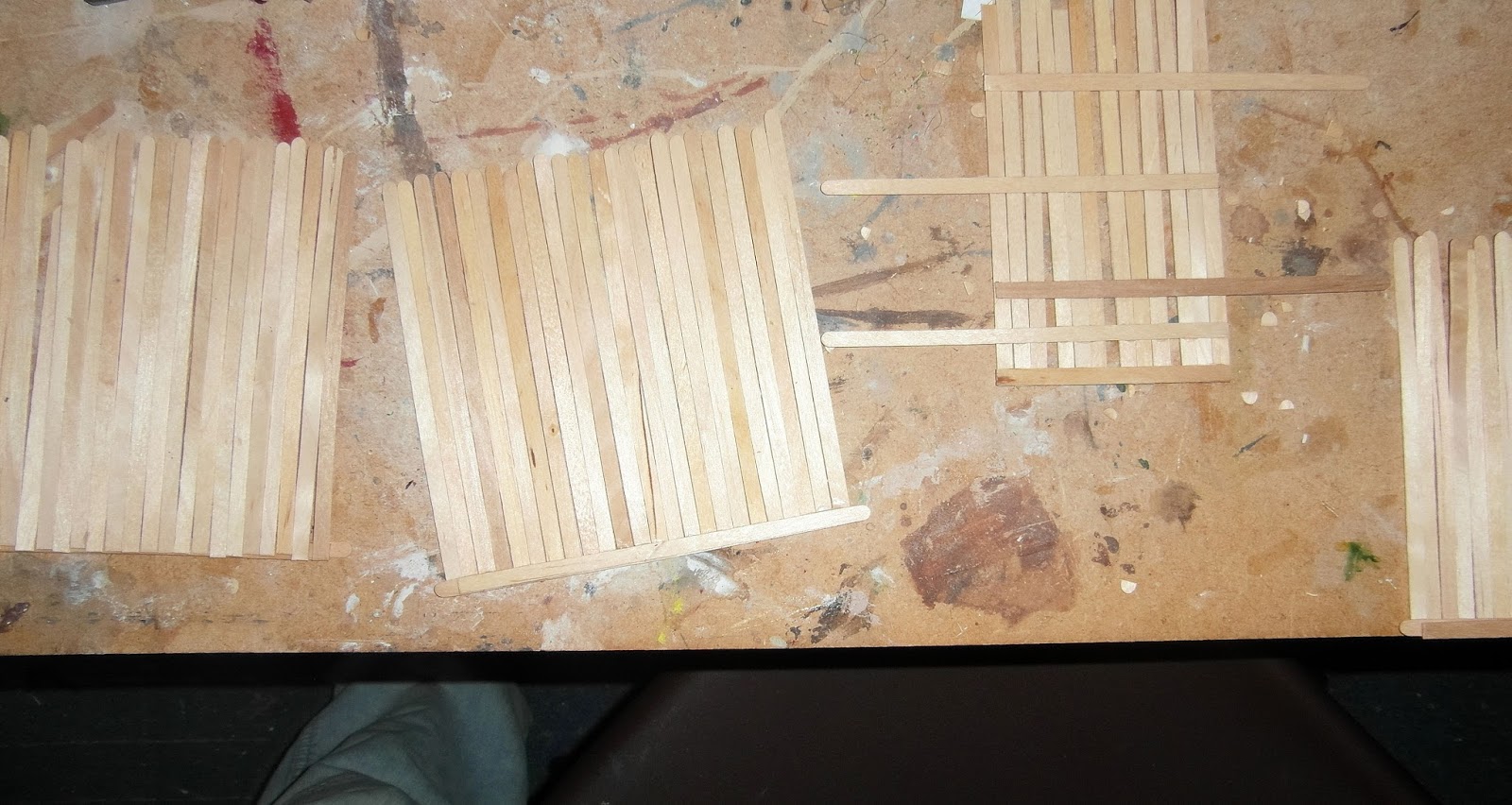 To reinforce the fences I would glue another glued two-piece coffee stirrer at about 5mm from the top.
The picture on the left shows the approximate method.
The "uprights" parts of the fence are about 40mm and I can get two strips of fencing from a single length of stirrer plus another length of 50mm. 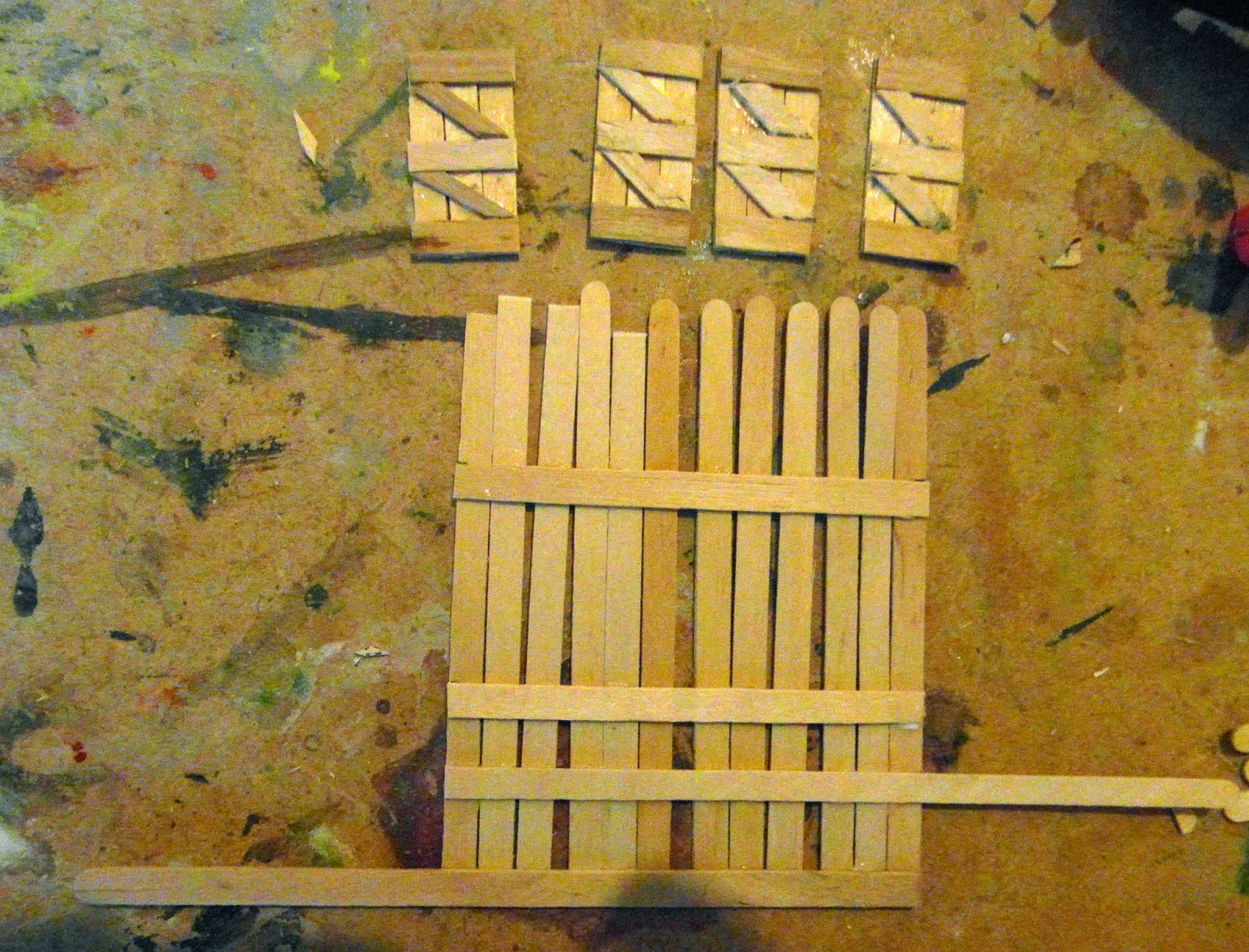 The gates are made in a similar fashion to the fences. They are three coffee stirrers wide, have a height of about 35mm and are reinforces with the double thickness stirrers (I made a lot of these).
The photograph on the left shows 4 completed gates and another nine gates in the making.
I would be making 16 yards in total, so I needed a lot of doors and I had estimated about six feet of fencing ( I was wrong)


A strip of gates in the making.
These started similarly to the ones above and have had the bottom 'strip' of gates cut from it.
The gate strip just needs to be cut vertically apart for another four doors.
The horizontal pieces are a single thickness of stirrer.

The gates had some scrap of stirrer cut and added , this gave added strength  and a bit of detail.stirrer.

The gate posts were two pieces of double thickness coffee stirrer glued either side of the 'hinge'.
I use several of these four-layered coffee stirrers  for lintels and posts.
The large gate is for my next large model (already in the planning stage).

Assembling the gates took a lot of patience, filing and waiting around for glue to set.
I found it almost impossible to use clamps on them too which didn't help. 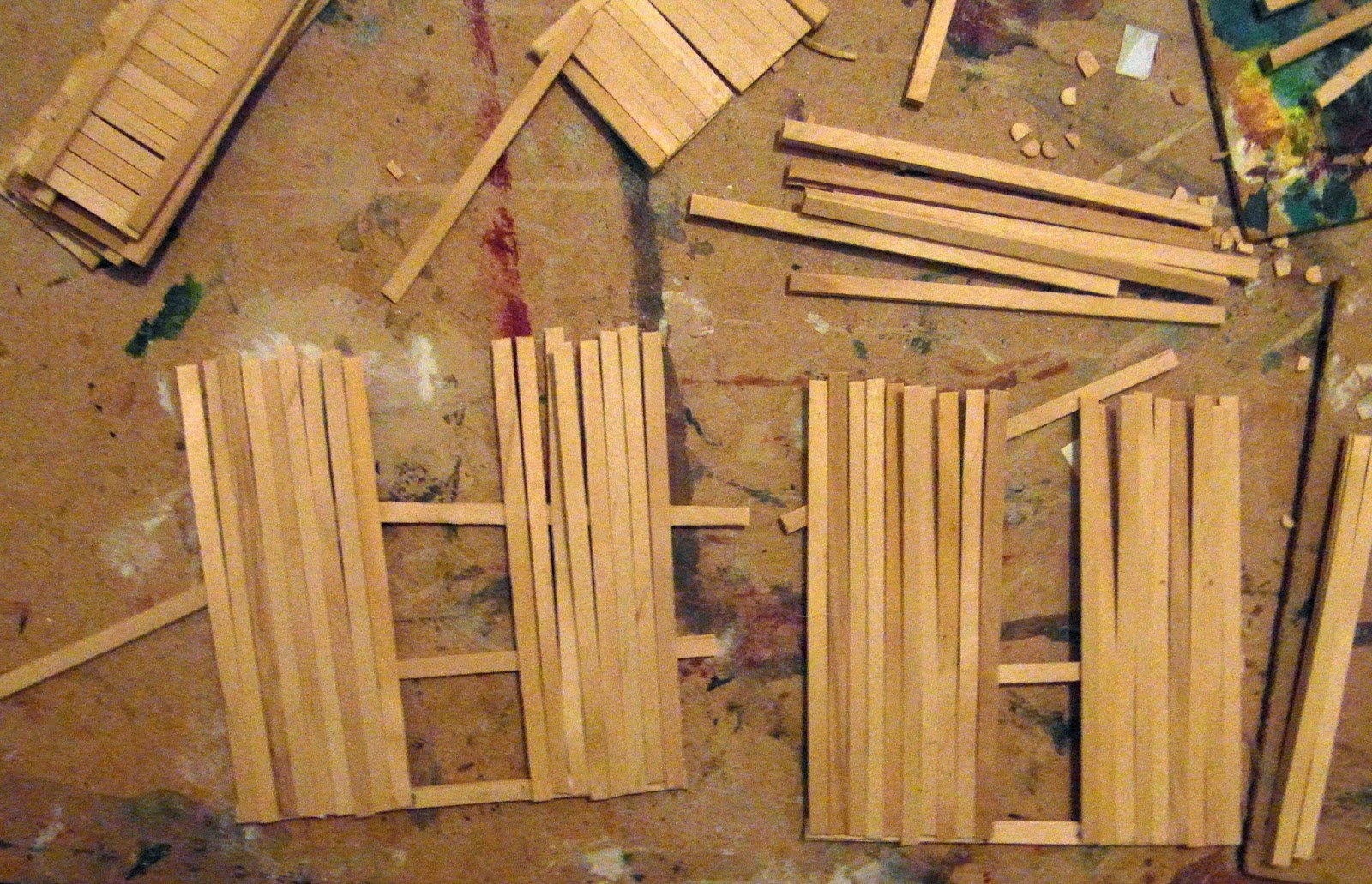 For the fencing either side of the gates I would need some shorter fence pieces too, so more were assembled using the same methods as the first lot.
In the picture the horizontals seem to be crooked but they haven't been glued on yet and are there to merely support the uprights on the base whilst they stick. 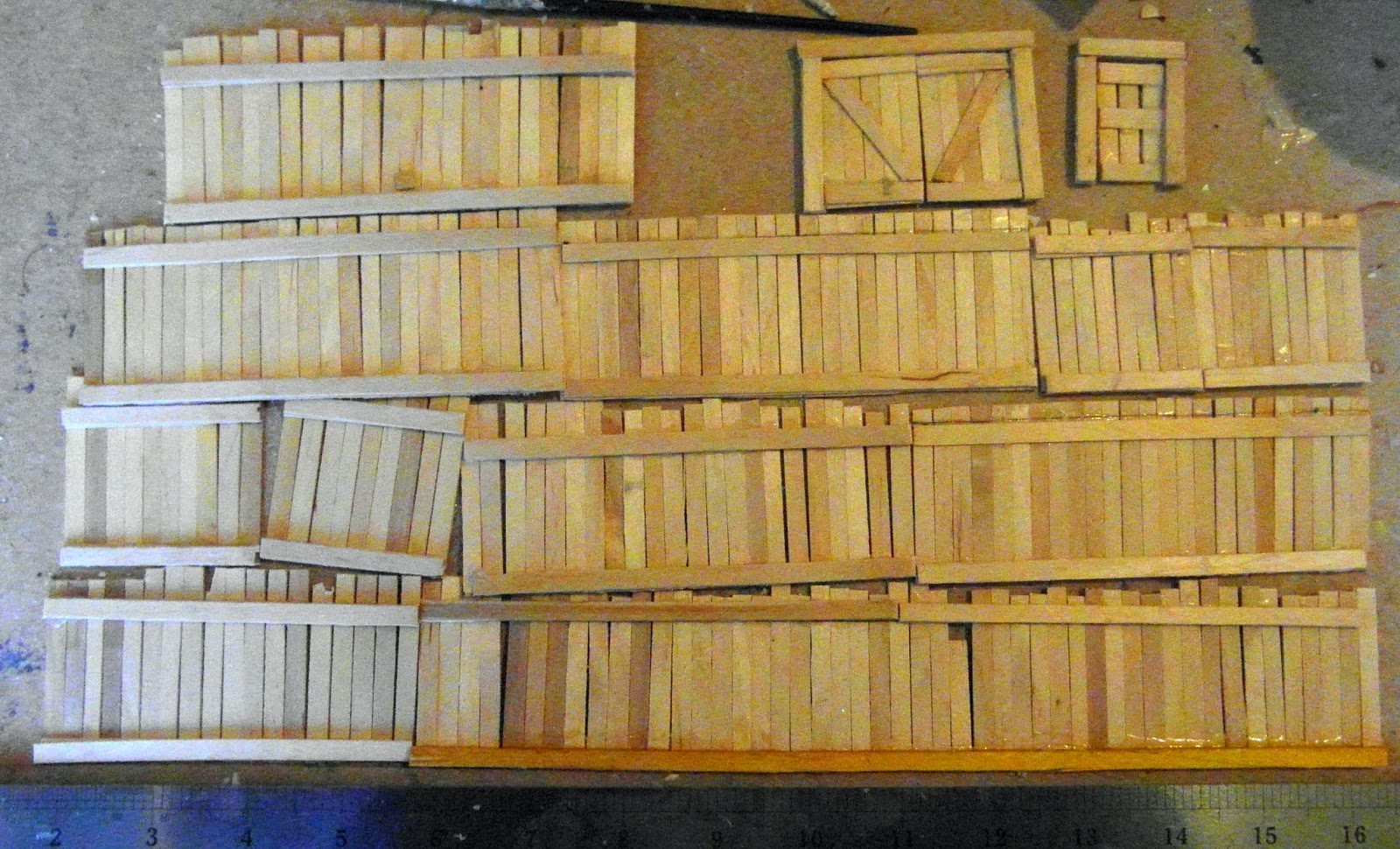 You're probably thinking that it doesn't look like I made a lot of fencing, but the picture on the right shows the top third of every section (the 50mm fences) and for each of those there were two 40mm sections!
Those of you with better eyesight than myself can spot the ruler at the foot of the picture showing the length of fences (about 14inches by 3 and a bit rows)  I've made. So about 7 feet of 40mm height and four feet of 50mm height, which combined with all the gates and posts I made I reckon I've gone through well over 300 stirrers  and maybe as many as 500.

Finally for this week here's two gate assemblies.
They're both rough and ready, but do the job imo.
The one on the right has a stirrer base attached, that will be trimmed. I've included this not for stability, but again for strength. The left and right fences of the gate assembly are
fairly flimsy and need more reinforcement.
I'll also use the lip of the base to add some filler.

That's it then for this week, I'll be showing some of the completed enclosures next week.

As always, your comments are both welcomed and appreciated.