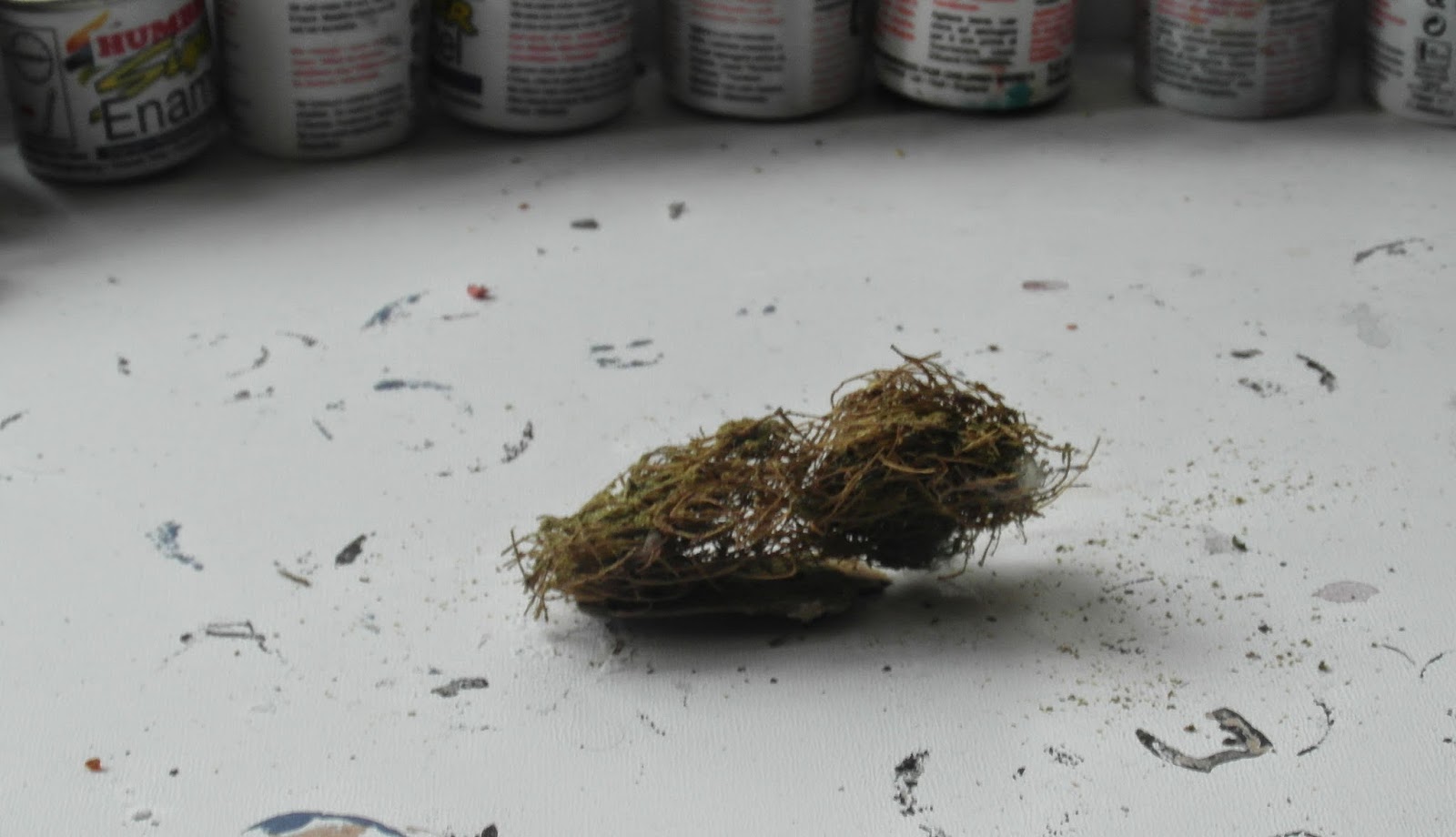 Yes, my current paint table looks like this photograph, with a representative piece of hedge acting as tumbleweed. If you listen very carefully you can just about hear a village church bell in the distance.
In actuality I've just finished painting two dozen or so figures who now only have a coat of varnish to put on them  before they too are declared finished.
I then of course have the next problem as to where on earth to put them.
At the start of this new (to me at least) wargaming zombies venture, I bought a figure case that could hold 400 figures to store my efforts. Sadly now the case is now full and overflowing with zombies, police, civilians, survivors etc. (at least 50 figures currently have no home to go to). 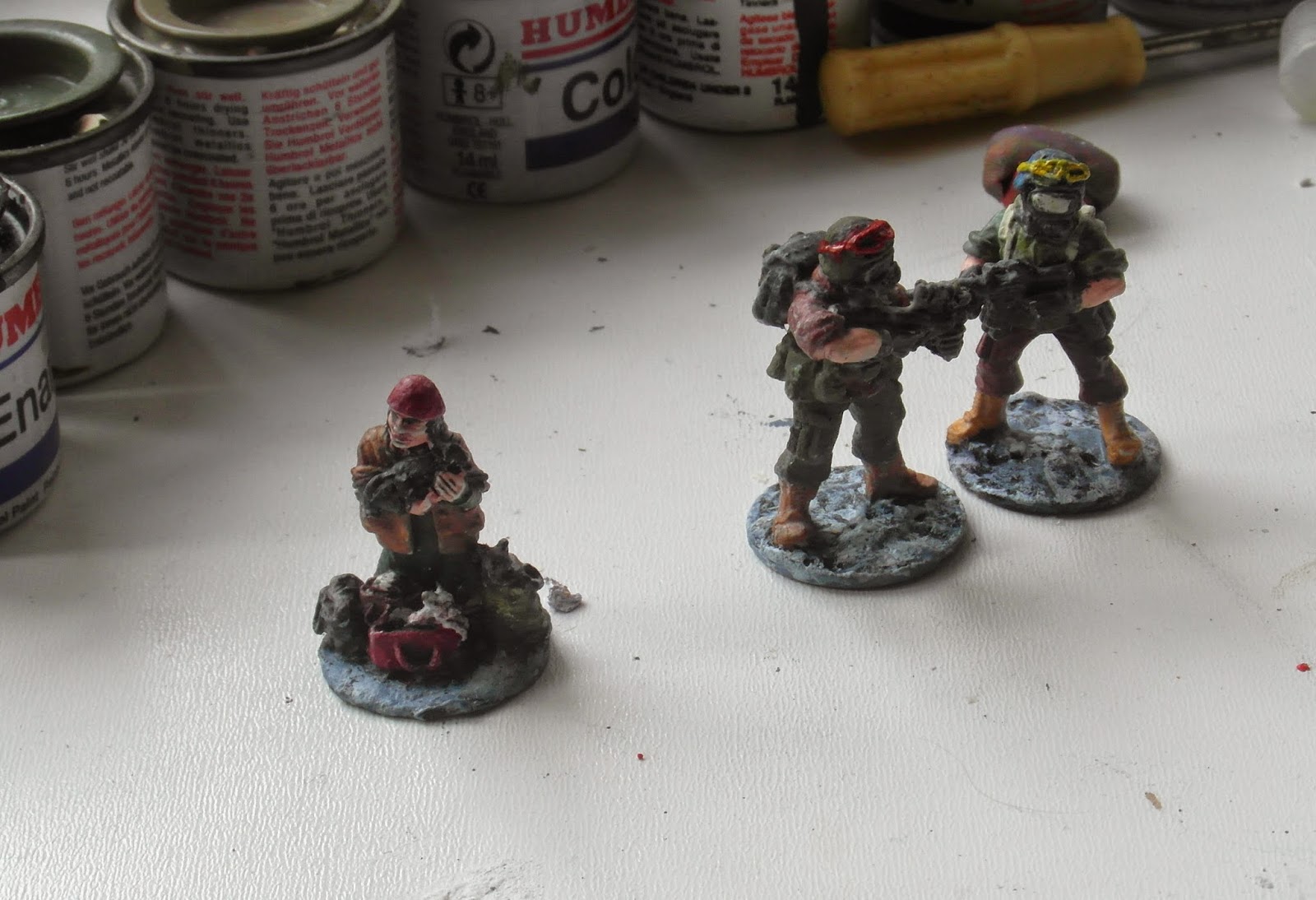 To say my paint table is completely bare is a very slight exaggeration as these three still remain to be completely finished.
The figure on the left is "Edna the cat lady" (if I recall correctly a Black Cat figure that has "starred" in many of Colgar6's  ATZ adventures.
The other two ar Foundry figures from their Street Violence range and make great survivor figures, having weapons, helmets, gasmasks backpacks and all the paraphernalia that you'd associate with survivors.

At the other end of the table are a few figures that need basing up/ An army officer (a present) that will be painted up as a Police Chief and several dogs (and a single cat !) that I bought about a year ago. The six small dogs I may mount as a single,  a double and a triple which can then be used as counters (For PEF's - potential enemy forces, the unknown entities at the start of games. I still have both my clowns and my Hazmat team based and undercoated and they'll be loaded up onto the paint table next.

I'll now be spending the rest of the week slowly recuperating from an exhaustive camping long weekend and trying to catch up on all the blogs I've missed, hence the short, late post this week.

As always your comments are welcomed and appreciated and apologies to anyone whose comments I haven't replied to. For some reason I'm no longer getting notification by email when anyone comments on my blog (but strangely with one or two exceptions).