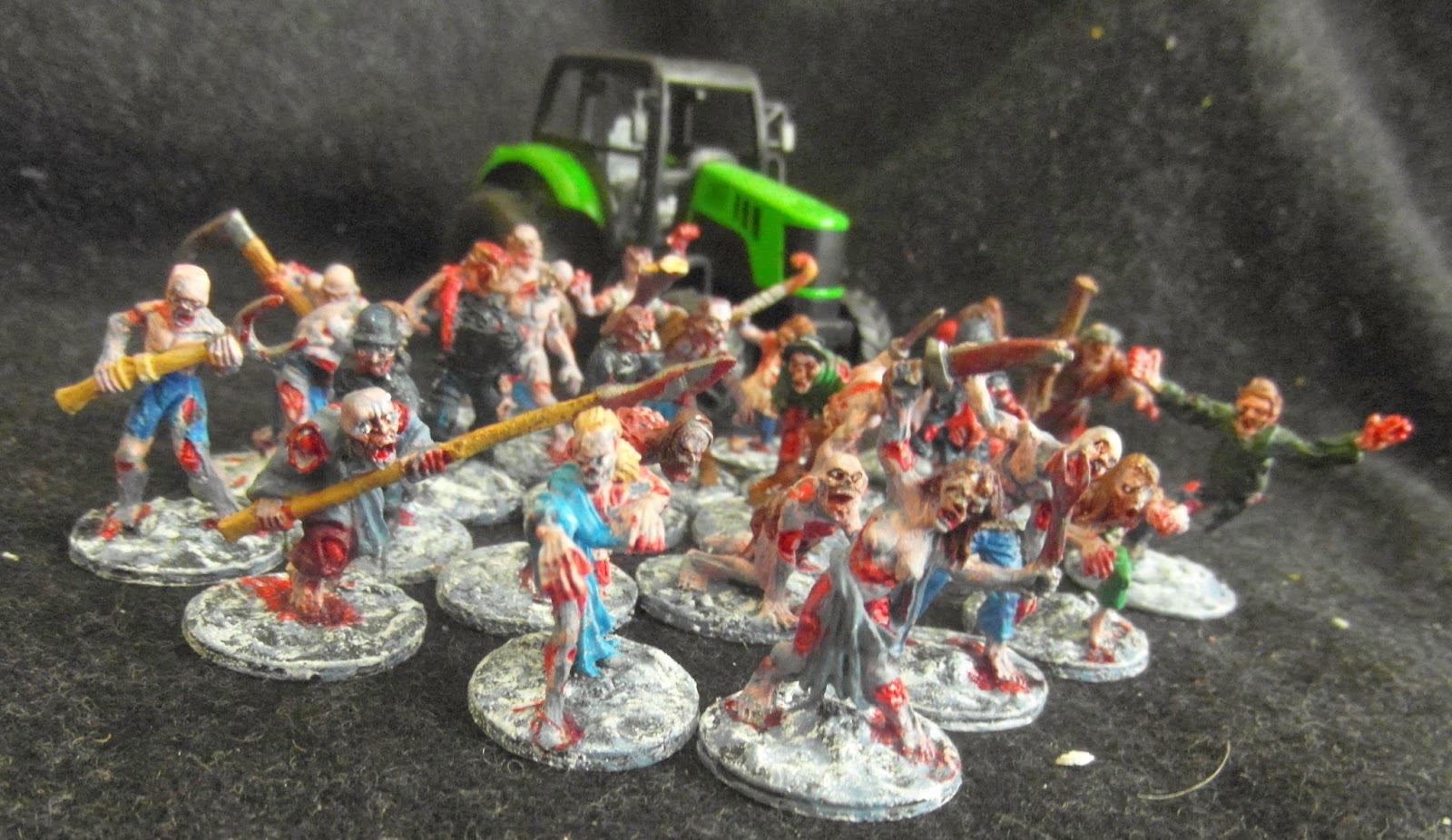 Well as intimated last week, I have finished another gang of zombies; they're mostly all Old Glory with some  very medieval-looking types, along with a few Mega Minis.
(The tractor in the background I picked up at Pound-land /world a while ago and like many of my vehicles I've done nothing to it)

Some of the more medieval looking types.
(Think of the zombie with the spear as having a branch lopper).
For those of you that think scythes are a great idea for an anti-zombie type weapon, think again, they're rubbish.

There are quite a few with weapons of various types too, with a lot of wicked DnD style daggers

On the left are a mix of Old Glory and MegaMinis.

The four guys on the left are MegaMinis, painted as SWAT types. Mr Hoppy on the end (whose only claim to fame is the inspiration for the title of this week's blog) may or may not be an OG (He could well be a Zombiesmith mini).

As a personal preference I do like my zombies to be whole, insomuch as having all their limbs and no great holes through them. If I want them without limbs, it's not that difficult a surgery to undertake.

So my paint table currently now looks like the photograph on the right and as you see there appears to be no difference to the last photo of it.
On the left is the next batch of zombies needing a little detailing and varnishing, the centre group are mostly civilians and the group on the right are the group featured last week though now they are undercoated and started on. 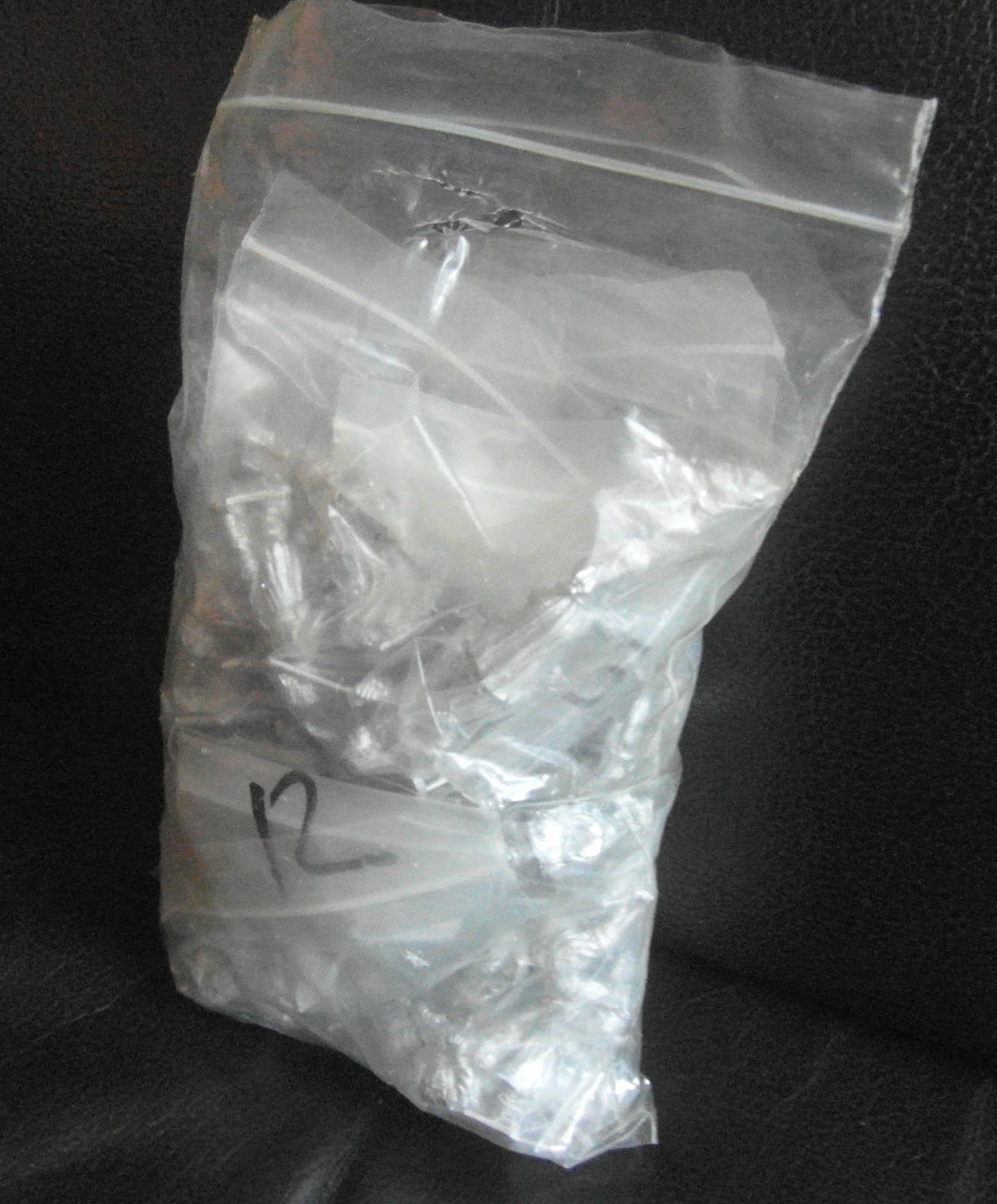 The "mystery" bag of figures  I mentioned last week, which may well be my next painting batch, though I still have two other zombie-related groups to consider - a hazmat team and clowns (gulp!), which may take precedence.Like a lot of others I suspect, I do of course have a lot more zombies I could paint -at least another 100 or so. 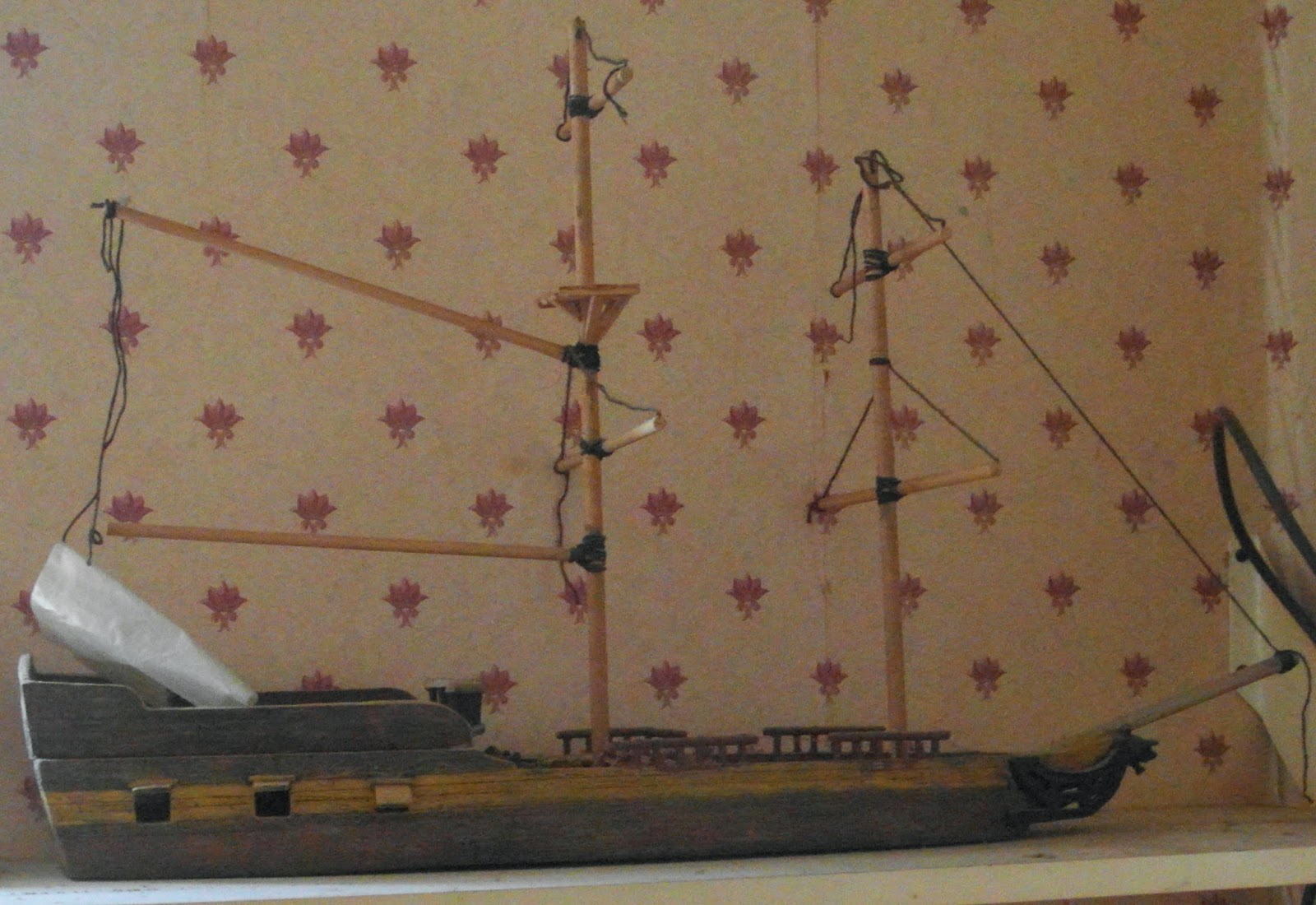 For those that were interested, here's a piccy of one of my half-finished pirate ships.
It's all scratch built and comes complete with spurious plastic bag (?). It's currently sitting high up on a shelf hence the odd photo angle.
It's also the smallest of three (but not by much), standing about 15" from table level to the top of the main mast, about 4" wide and about 21" from the blunt end to the pointy end's figurehead (a black pig). The back end bit lifts off to get to the deck below.

That's all for this week and once more let me say your comments are welcomed and appreciated.
Posted by Zabadak at 10:06