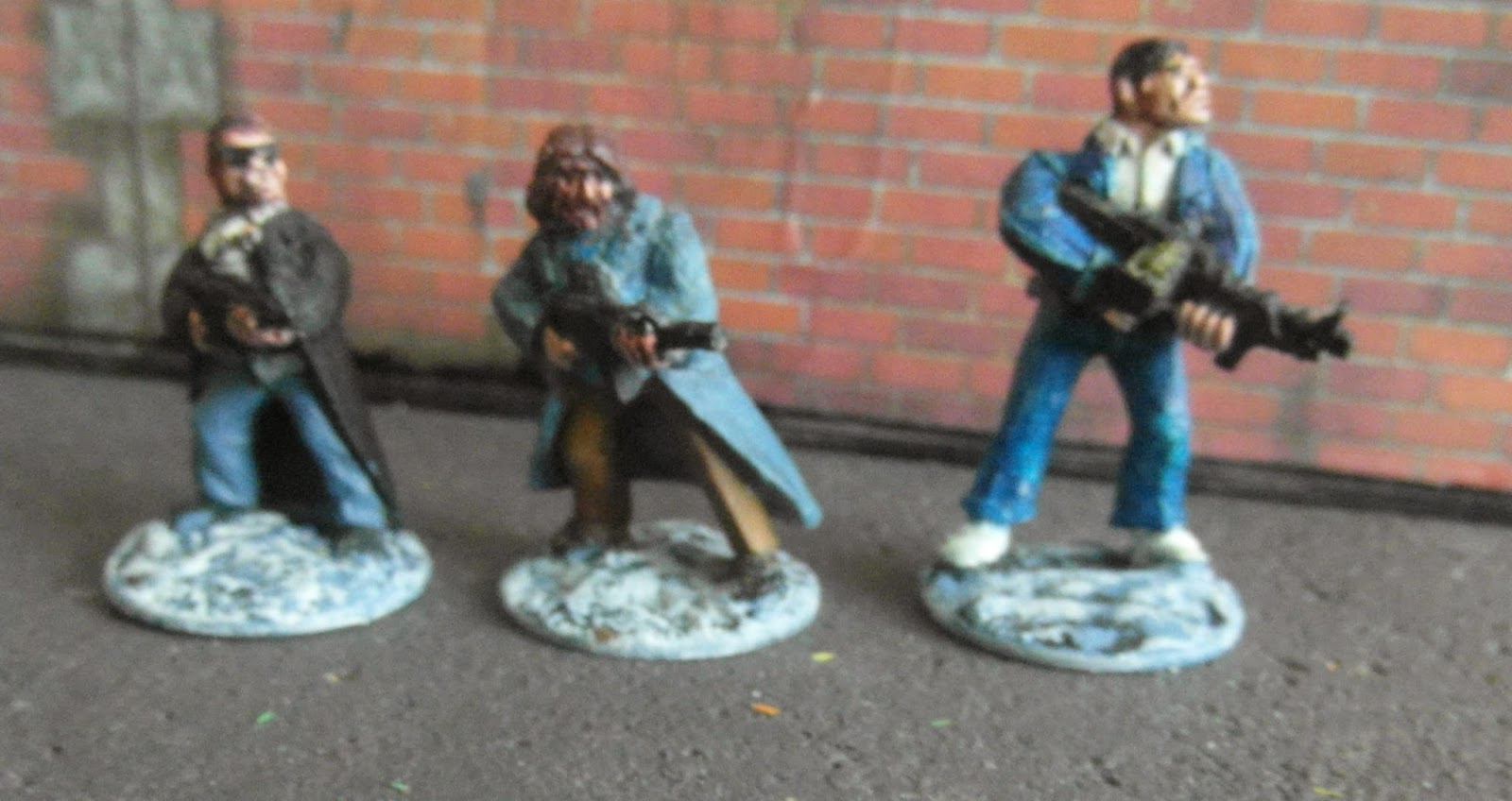 Here's a few more of the civilians from the last batch I painted (they're nothing special other than for the enormous size of the chap on the right) and they are all Wargames Foundry figures which I bought in one of the  many deals that Foundry have about a year or so ago. Below are some more Foundry figures, women this time all again armed to the teeth; two of them will make good survivors whilst the other two are very suitable for "suits".

Foundry have two other newish ranges that some of you may not have seen too: Tim Prows Victorians/Edwardians excellent for IHMS and his Street-Violence range that compliments Foundry's own Street Violence range.

I was very surprised that putting up a post of a boat I made many years ago would generate so much interest, considering it was never finished nor actually used. I may have to use this ruse of using old unfinished projects more often to fill those weeks where I have little to blog about ( and I've more ships too - Pirate ships and a Sudan-style gunboat ! - All unfinished of course) 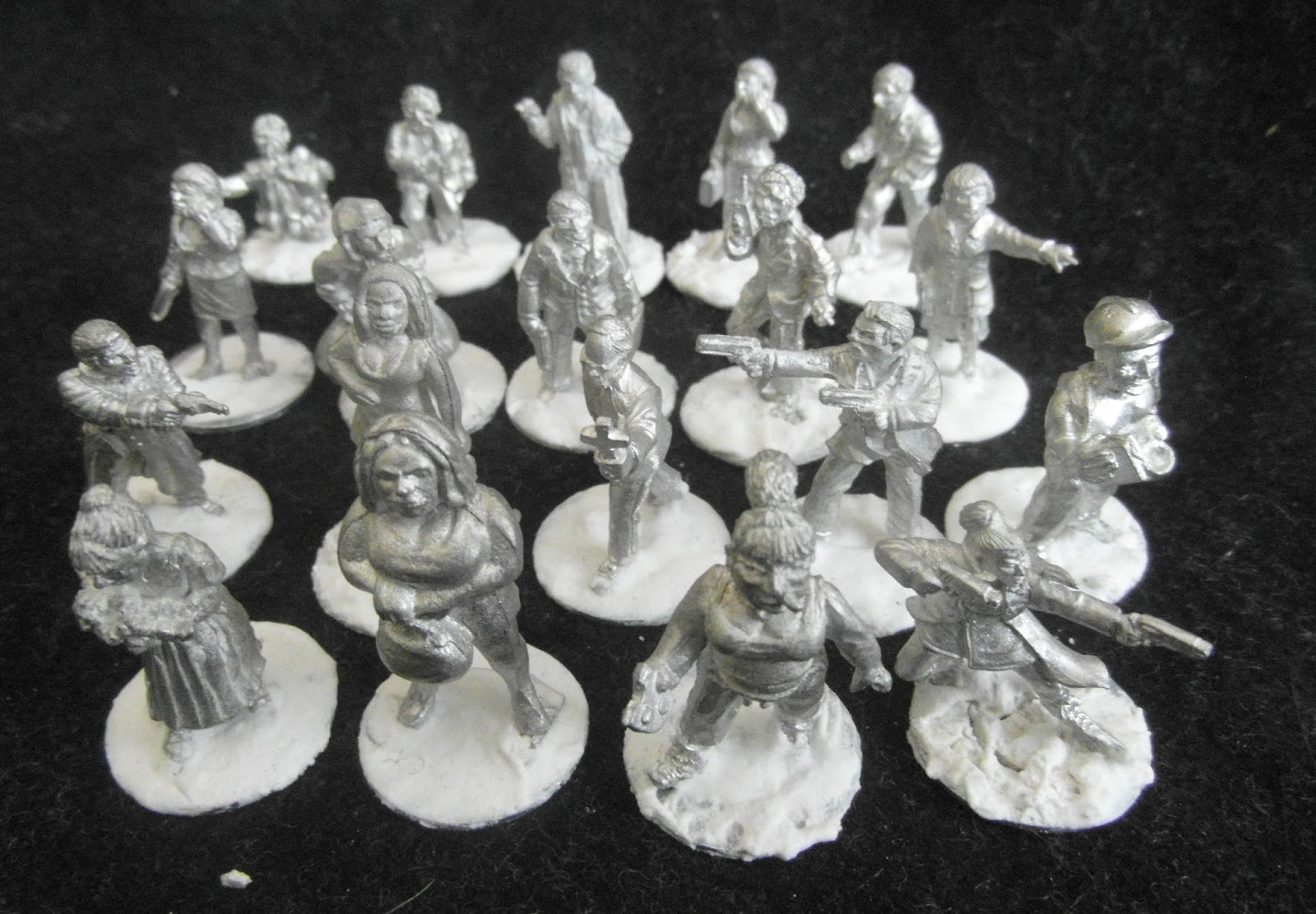 The paint-table picture from two weeks ago featured the next batch of zombies that are now completed (some pictured above); they're mostly Old Glory but they may have a couple of other makers figures mixed in with them. The ones pictured are among the ones that look the least medieval.
Joining the paint-table production line are another batch of civilians all of whom require a re-check for mold lines etc. before their spray undercoat. I think they're all from Black Cat and there are only a few with guns.

Rather slim post this week, I know, but I was hit by nostalgia when I discovered a set of rules I'd written  in the 90's (I think) and the figures I'd bought for them. I noted that these were classed as "specials" and would cost 20p more making them 70p a figure; the same figure today costs £1.40 and they still don't look dated. Once I get my three current zombie-related batches of figures out of the way I may well get back to this long-lost project, so watch this space.

I was nominated for another bloggers award (which is nice) that is seemingly doing the rounds (along with many others I should add) by Shuby over at 28mmfromhell - go take a look.

That's it for this week other than to say that as always, your comments are both welcomed and appreciated.