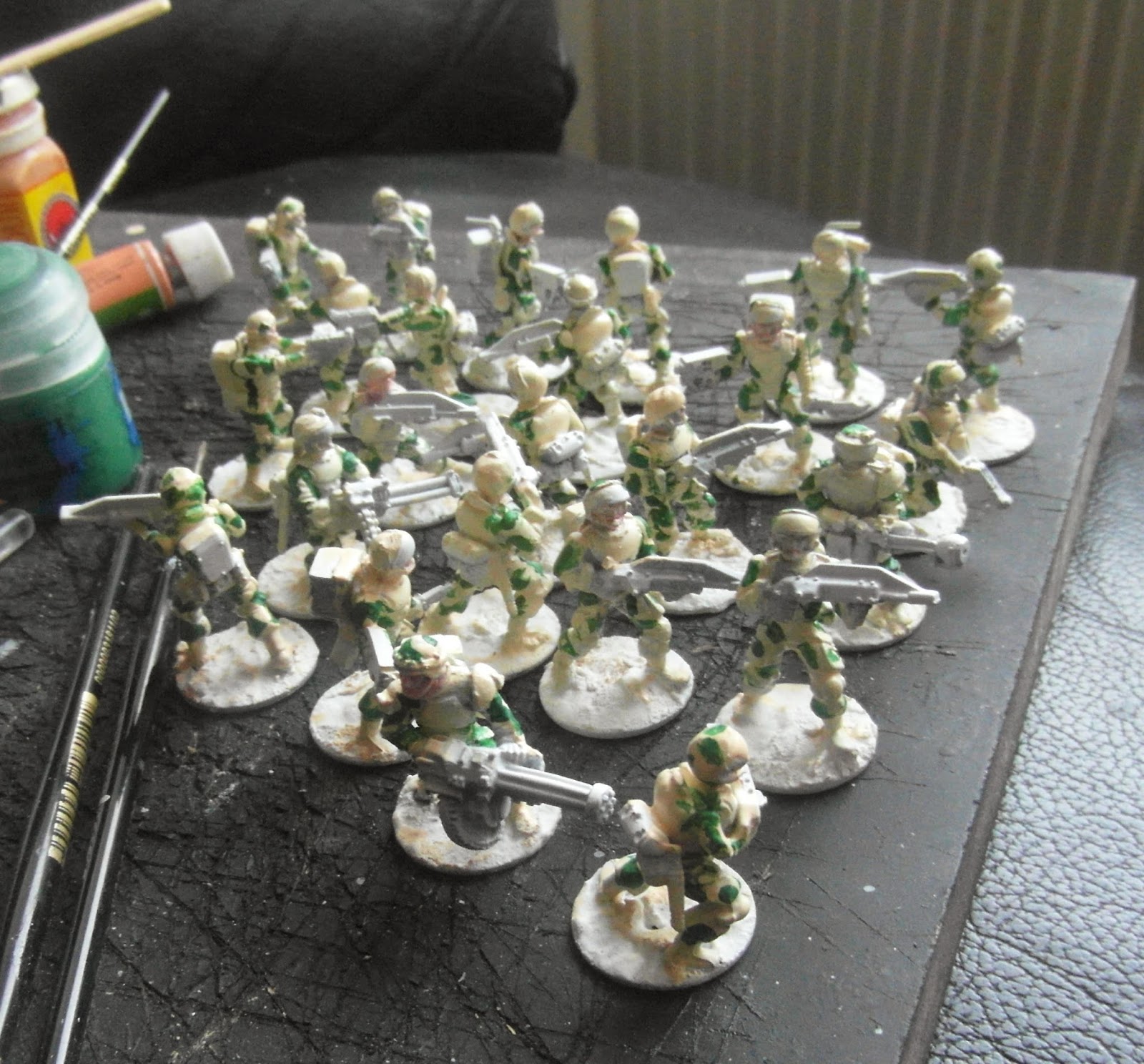 Well the title tells it all really, I've actually picked my brushes up and started painting figures again, this after a hiatus of nearly a year (due to my then rapidly failing eyesight).
I did manage to paint scenery and model buildings though so I haven't been completely idle, though in the last two months I've done little to nothing hobby-related.
To ease back into the painting habit and my regime of doing something towards my zombie project I started with these EM-4 plastic (and some metal parts) sci-fi troopers. They're cheap and cheerful multi-part figures (£2.55 for 5 !) and will serve as the military forces in my campaign.
I chose these first mostly because they're uniformed, which makes painting a lot easier than my horde of other civilian and zombie figures. 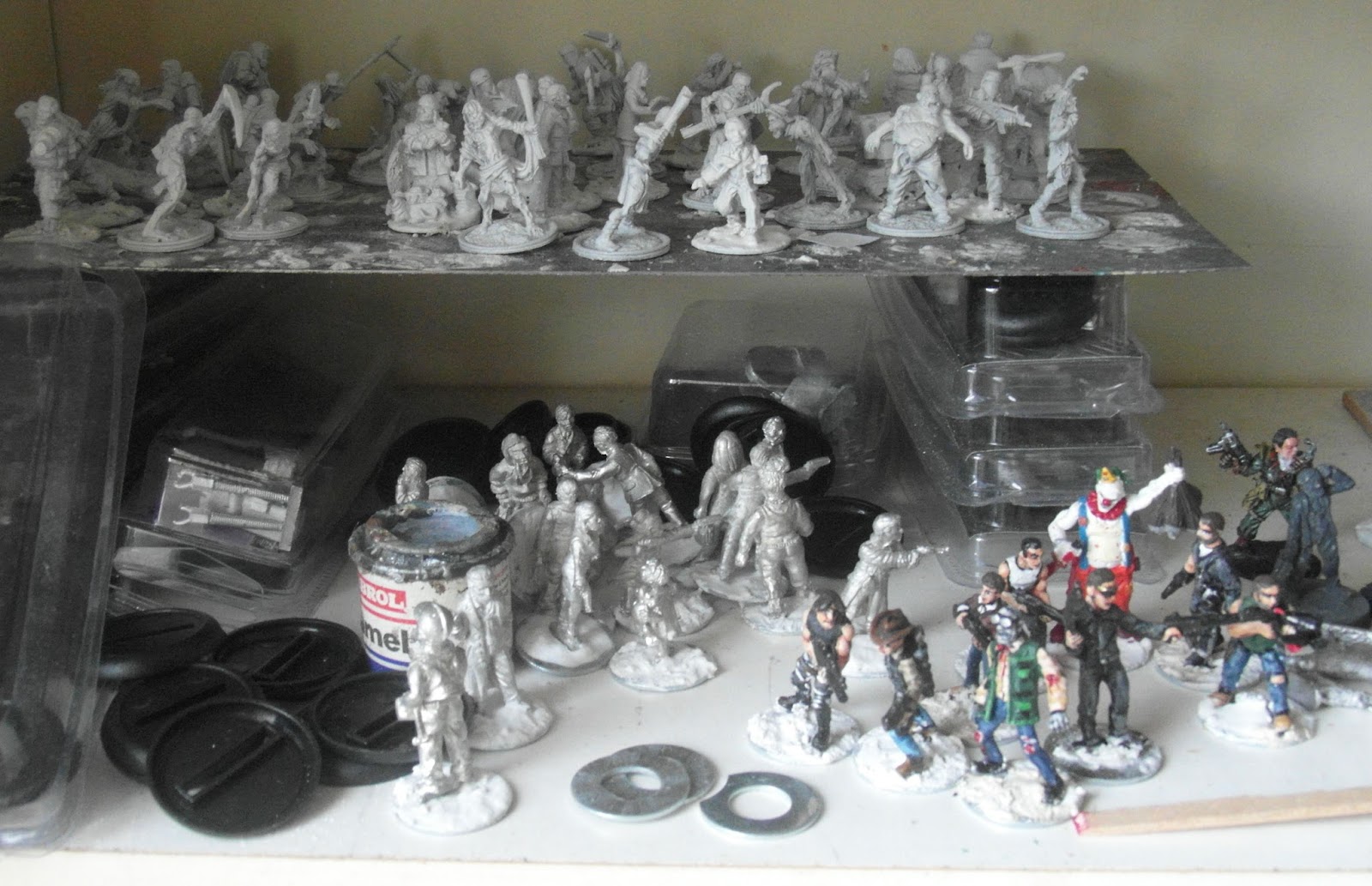 Like many others I have a host of figures in various stages of completion.
In this photo I have zombies, civilians, a hazmat crew and packages of various figures.
Most figures of the figures shown have been undercoated and based, whilst the figures in the bottom right are finished save for their bases.

These were an unexpected gift from a fellow blogger whose name of Bryan must remain anonymous. (He also supplied the Heroclix clown)
The boxes in the back contain a lot of figures mostly from  Black Cat Bases, which I intend for gangster games.On the same shelf to the right of the above are more figures which were again in various stages of completion (some very nearly finished) which I'd been painting before my eyesight gave out.

Also on the back-burner are my small collection of clowns, once again based and undercoated ready to go. Once more several of these were gifted to me from an anonymous benefactor.
They're a mix of Eureka, Black Cat Bases and two or three of whom I can't recall the origin of. I do have an idea how these will be used in my campaign at some point, but not as the "Evil Killer Clowns" we're used to. (As an aside: Is it just me or does anyone else think that there's a strange propensity for clowns to be shown armed with meat cleavers ?)

That's it for another week other than to welcome my latest follower "Chris Stoesen" and as always your comments are both welcomed and appreciated.