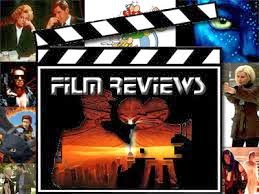 I've taken this lull in my productivity to review and compare three films that I watched last year within a day or two.
As qualifiers to these reviews, let me state that I'm not a fan of horror films at all and I find zombie films to be mostly in the "B" category and I score these in my reviews allowing for this view.
Neither am I a fan of comedy films, I find most to be trite or the comedy is contrived or forced.
So I present here my view on three films, a standard "horror", a zombie comedy and an apocalyptic tale, categorised as a horror film. 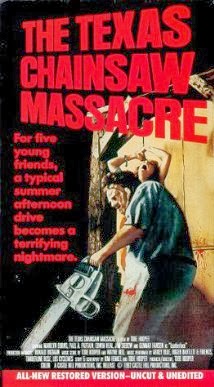 The film "The Texas Chainsaw Massacre" (1974), caused a great stir in the UK when it was first released after, I believe, much difficulty.
Having now seen the original, I can't see what all the fuss was about, probably due to there being much worse gore-fest  available nowadays.
I won't go into the actual plot, such as there is as it's all on the poster, suffice to say it's weak and although it may have once been shocking it isn't now - far worse can be found on You Tube.
I was recommended this film over a year ago and originally only managed to take in the 2003 remake, which is probably a slightly better film.
I'm sorry to say that neither of these "classic" horror films has warmed me to the genre. 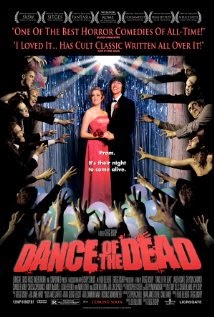 The second film "Dance of the Dead" (2008) is described as a "Comic high school terror", which in my book is never a good start.
The film is a zombie comedy so what could possibly be wrong with that ? To re-iterate, I don't like comedies particularly; there are zombies rising, nay springing from graves; the zombies once risen are a mix of shufflers and of the abhorrent (in my view) fast variety; the main characters are teens (the middle class, US boy/girl next door types) and there's an archetypical old survivalist/apoaclypse prepper.
The main characters are a drop-out, a bully, nerds, the prom queen and a cheerleader as well as the aforementioned survivour.
Well for all the wrong reasons I actually enjoyed this film and even managed more than a wry smile at times.
There are scenes in a funeral home (of course), the high school prom dance hall  (dancing zombies !) and a storyline that I could probably have written. But for all that I would still recommend this as a film to watch, if you can. It's not one that I would go out of my way to find, but it's good enough to pass away an hour or so.
The acters are all unknown to me but put in good performances and I've given this film a 4/5 on my zombie film review scale. 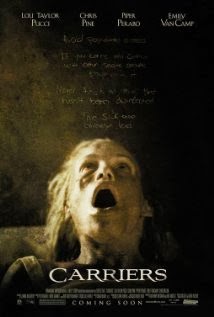 "Carriers" (2009) is not actually a zombie film, but is actually a post apocalytic tale of four survivors fleeing the spread of a lethal viral pandemic.
The storyline is simple enough, four friends are trying to get from wherever it is they started from to a remote shoreline destination of a happier time in their childhood.
The virus seems to be spread similarly to flu and hence facemasks are appropriate when dealing with others that may or may not be infected.
Those that are infected show bodily bubos and eventually will turn into livng corpses of their formal selves who look uncannily what would easily pass as zombies. These zombie-like forms seem to possess little if any motor skills ( I can't recollect any of them moving) but pose a great threat of infection.
In my opinion this is a great apocalyptic film, dark and  full of pathos and tragedy along the lines of "The Road", but without the budget of the latter.
Once more the central characters are unknowns and give believable performances and again this is well worthlooking out for. I have included this is my zombie film list and I've given it a 4/5 ("The Road" would get a 5/5).

And that it for another week save to welcome my latest follower "Barks" and as always to welcome your comments.
Posted by Zabadak at 07:07