The post office big-rig is one of three recent finds by my daughter and whilst it may be a tad under-scale it is nevertheless a very useful vehicle.

The Post Office logs have to go of course, and it'll need a bit of a re-paint too - maybe in "Blue Sun" colours ?   It did come with the tyres from the fron of the cab missing but as the rear cab axle had double tyres on its wheels, a quick swap around made it into a usable state. 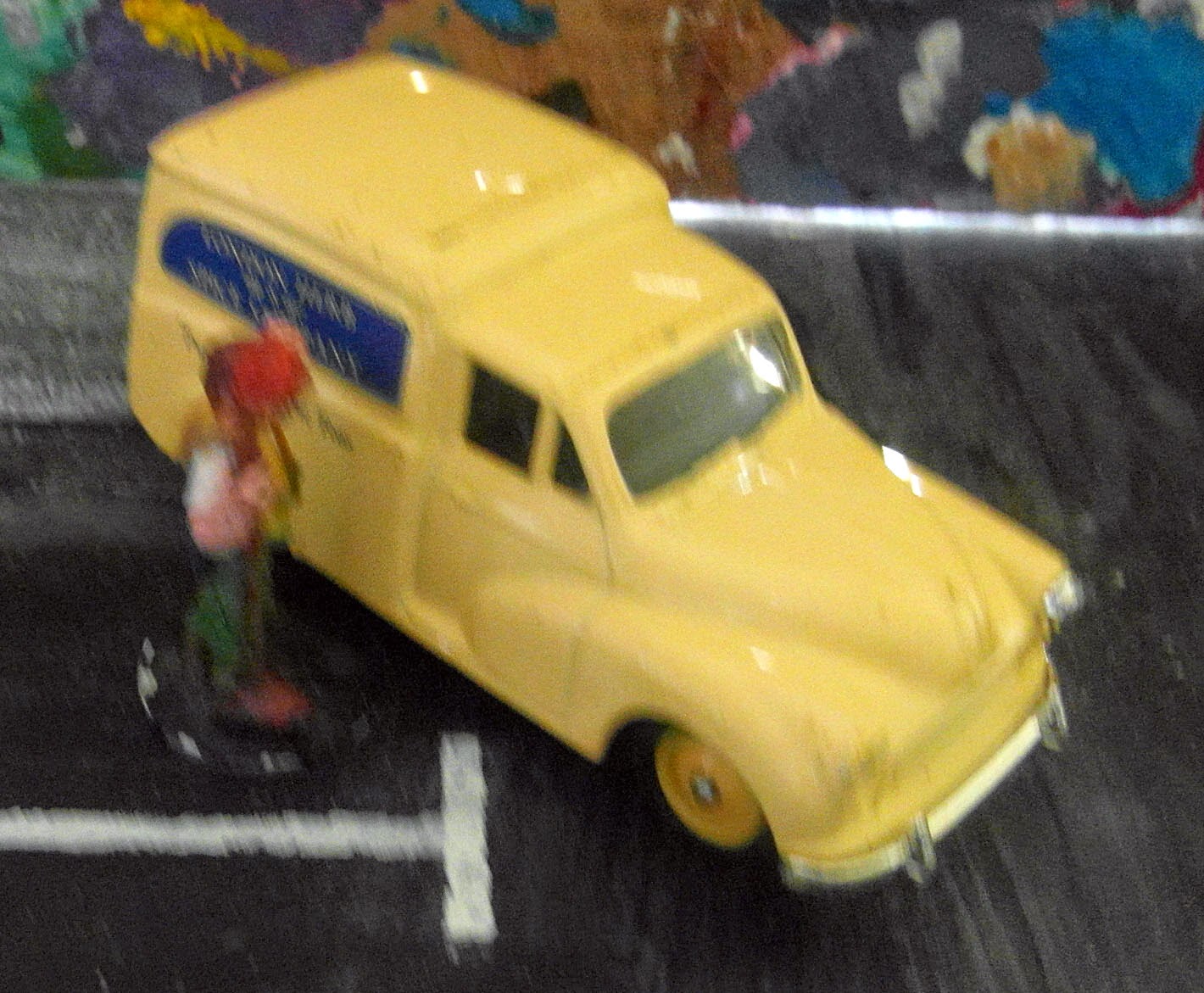 Another one of my daughter's finds was this very nice van, don't ask me what make it is, I'm not that bothered. It's another very usable vehicle, an possible a little under-scaled too, but nevertheless it's another vehicle that will be adding to the traffic mayhem on the roads of Perdition,
As in the Post office vehicle above , none of the doors open and it is a left-hand drive - not that anyone is going to notice. The PO vehicle would be left- hand drive too, of course but with it's blacked out windows it's not apparent.
I really do like the signage on this van too. 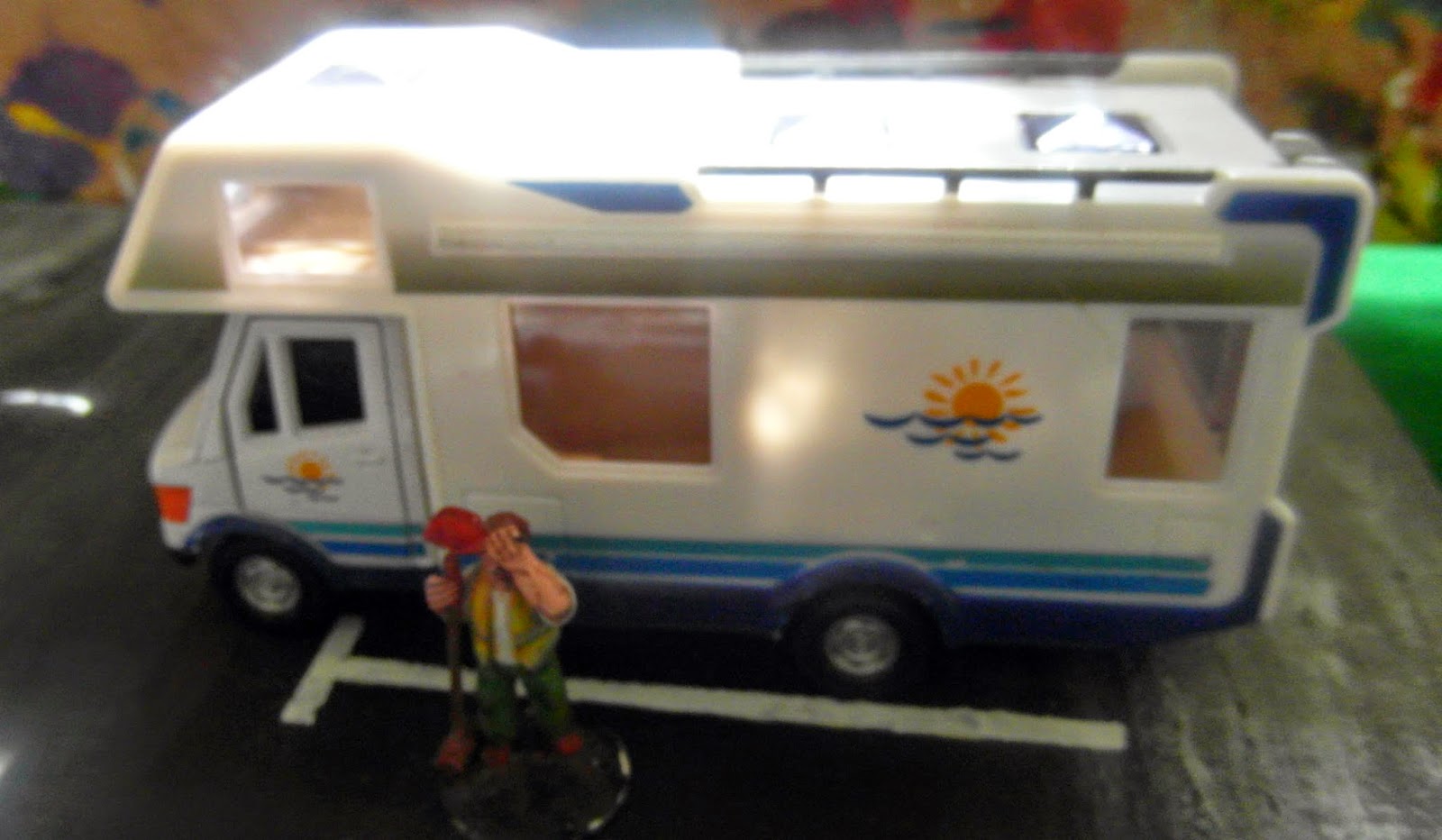 The final vehicle from my daughter was this splendid camper van and is the pick of the bunch too.
I'm sure I've seen this in various stores (Wilkinsons possibly) for about £4, so it's not bad value.
Once more the doord don't openm on it, but the large windows do show a fairly detailed interior, which  the lackadaisical cameraman has once more failed to capture. 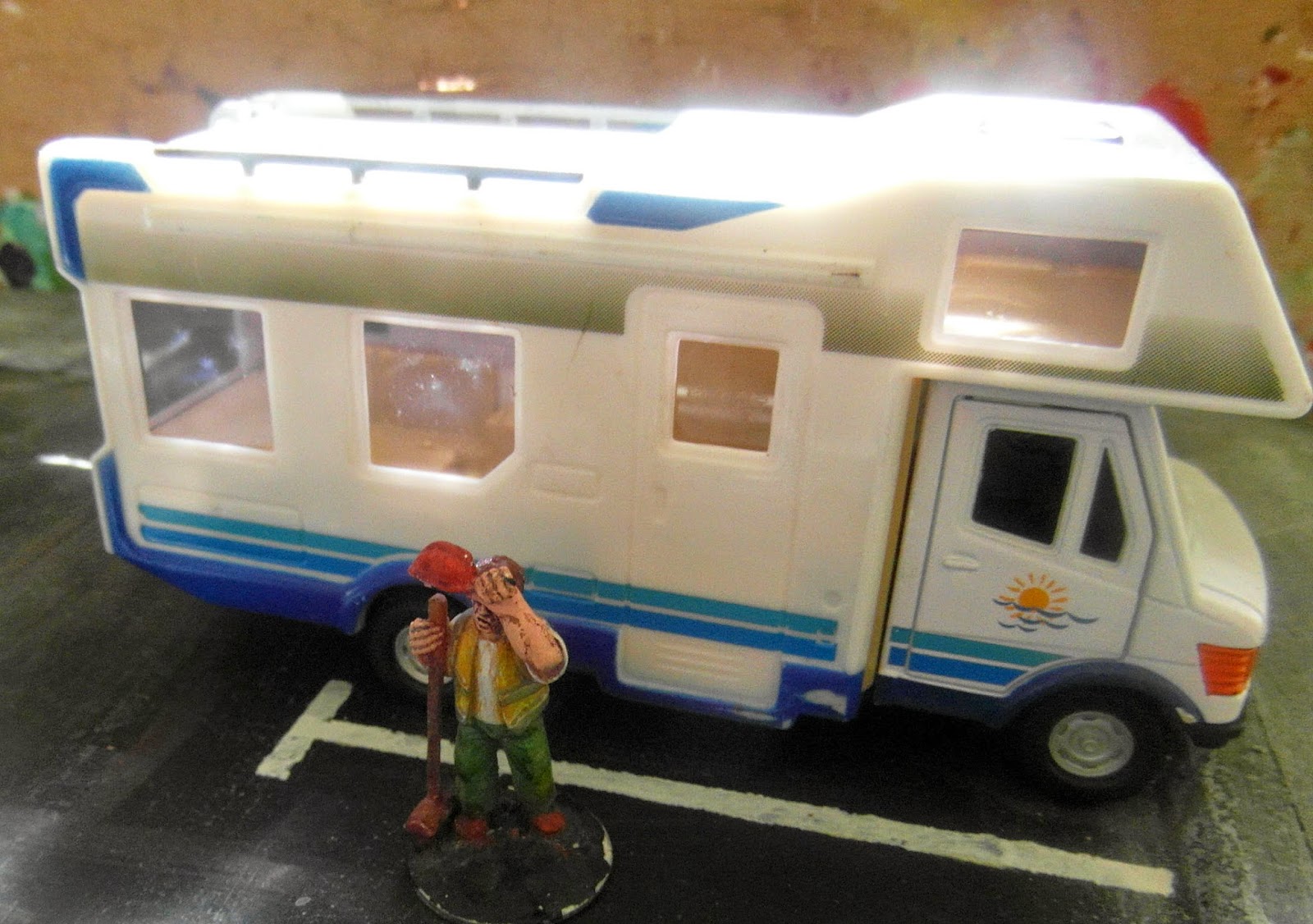 The scale is probably around 1/43 - 1/55, which fits in perfectly for the larger 28mm figures currently in vogue, which I think can be seen from the photographs.
I liked this vehicle so much that I quickly decided to 'write it into' a scenario I had already planned.


And that's it from me for another week exept to welcome my latest follower  Gordon Richards
, whose blog "I have Wrought My Simple Plan"  you can find here.