Here's the male counterpart to Los Chicas of my last post.
Once more they are from the now unavailable gangster range from Obelisk Miniatures that I got from Black Cat Bases and all that's missing from the complete set is the accompanying dog. 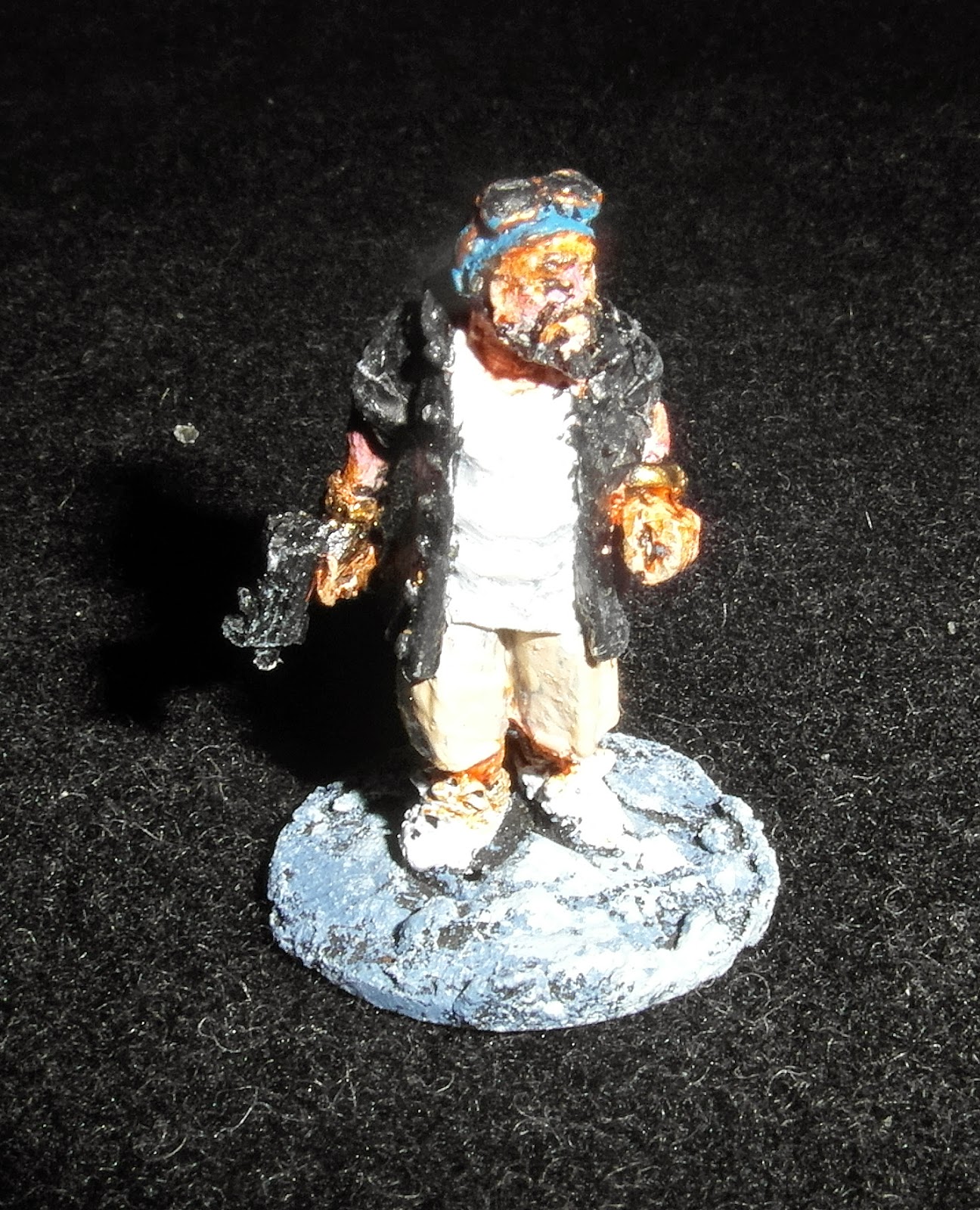 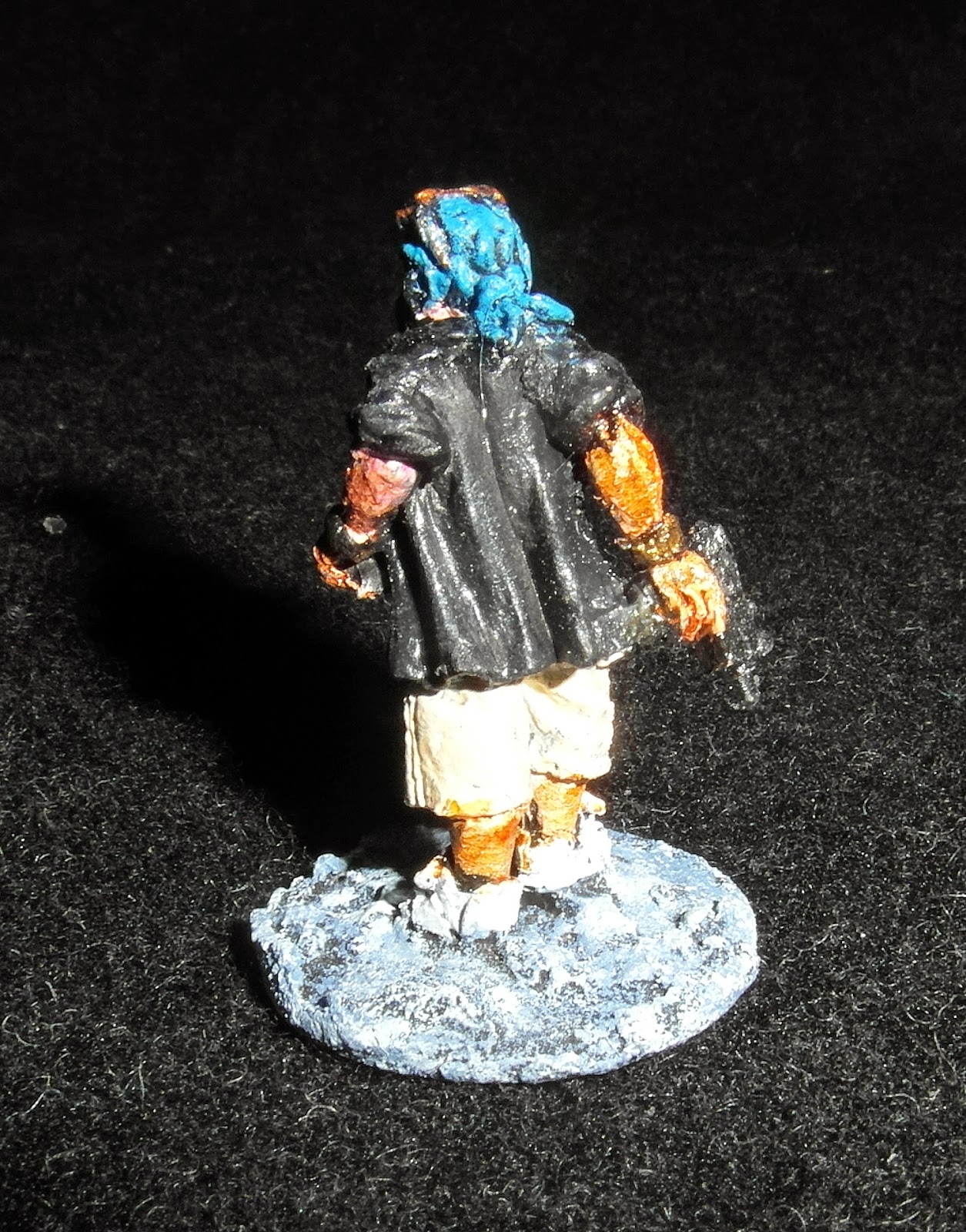 They do loosely follow some form of gang colours, dependent upon what clothese they are portrayed as wearing.
He's probably the best armed of the lot with some form of machine pistol. 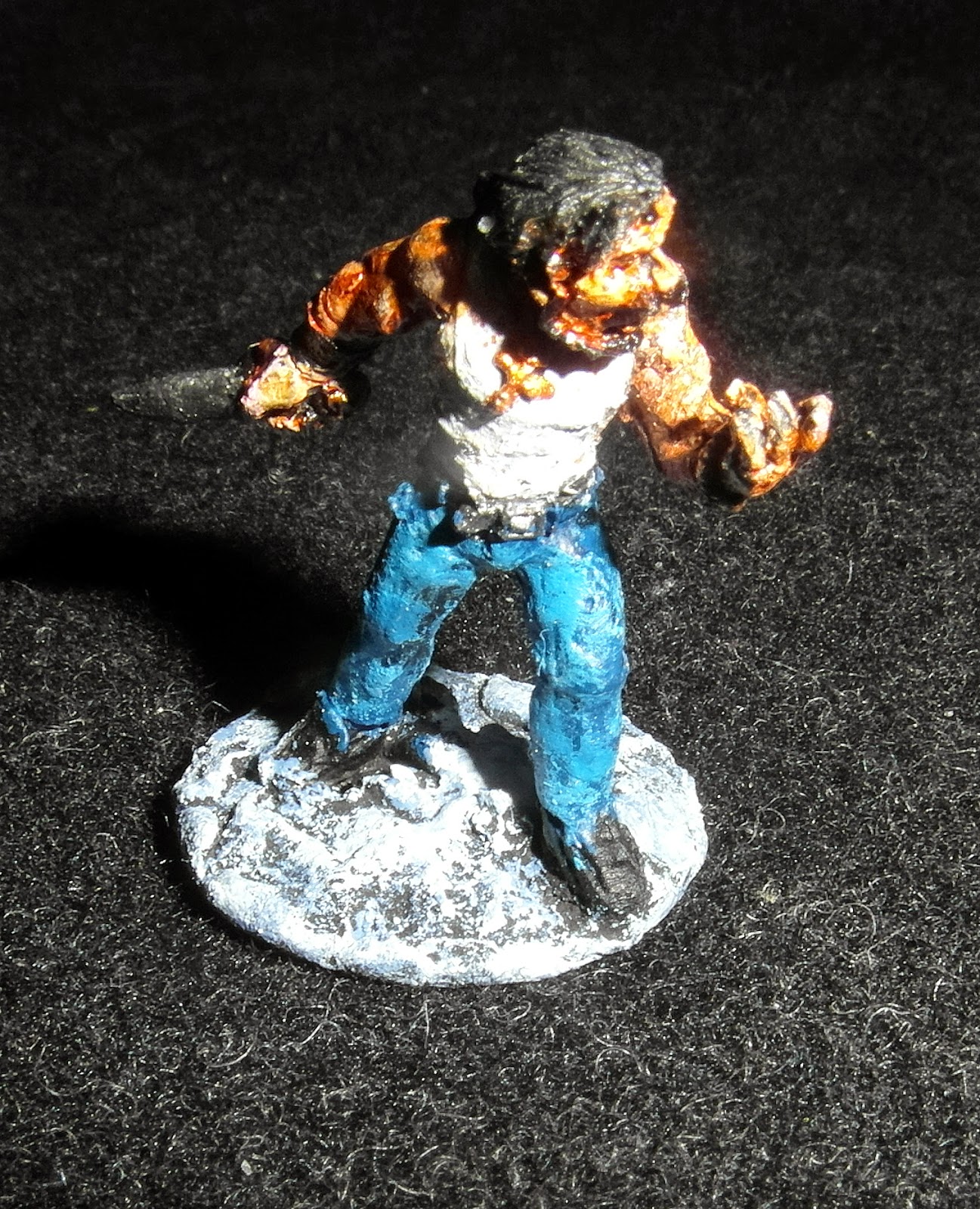 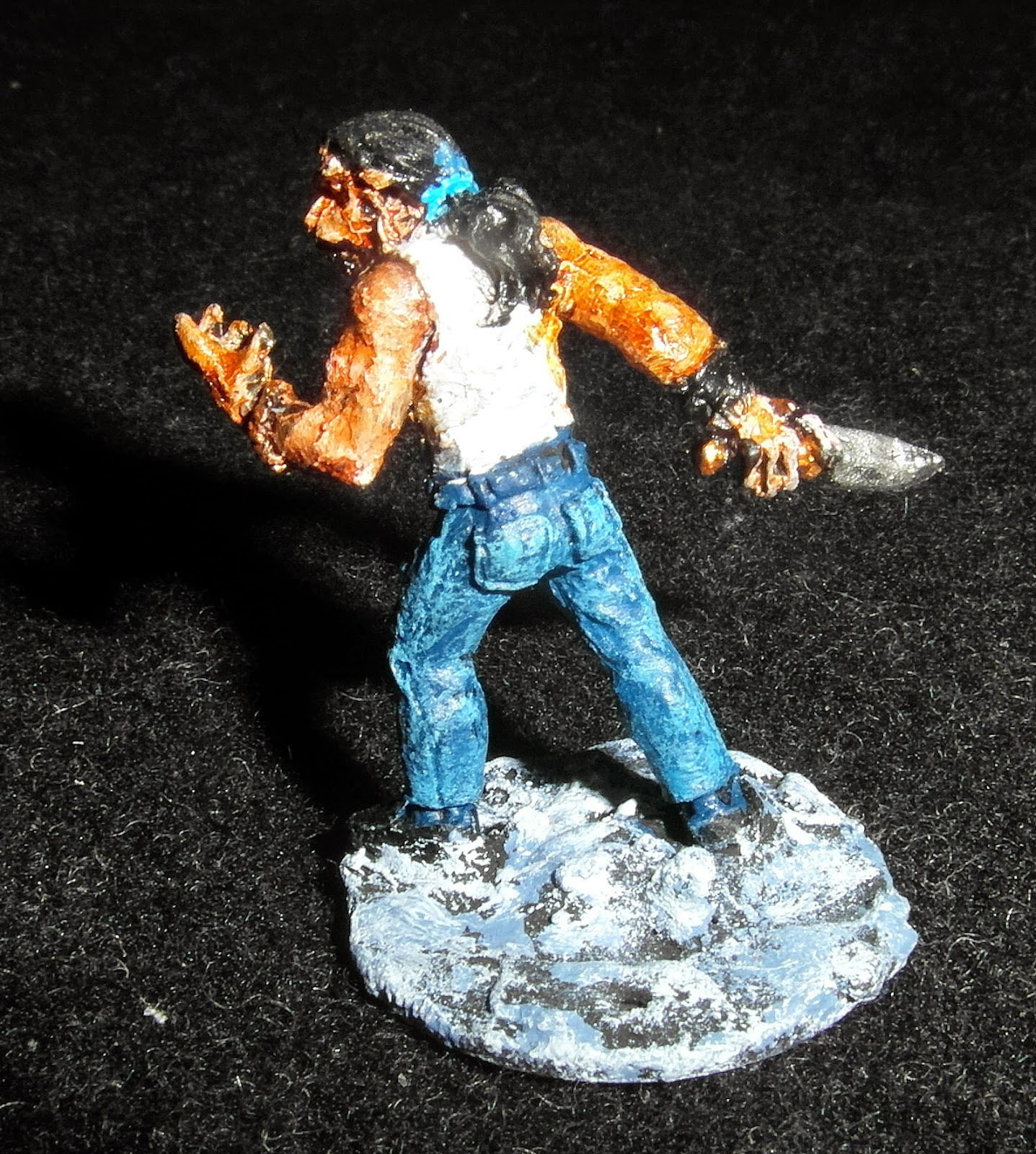 The "knife-fighter" is the least well-armed of all this set and has only the barest gang-related "colours".
With his jeans and vest he could just about be employed as a bandito in a western game. 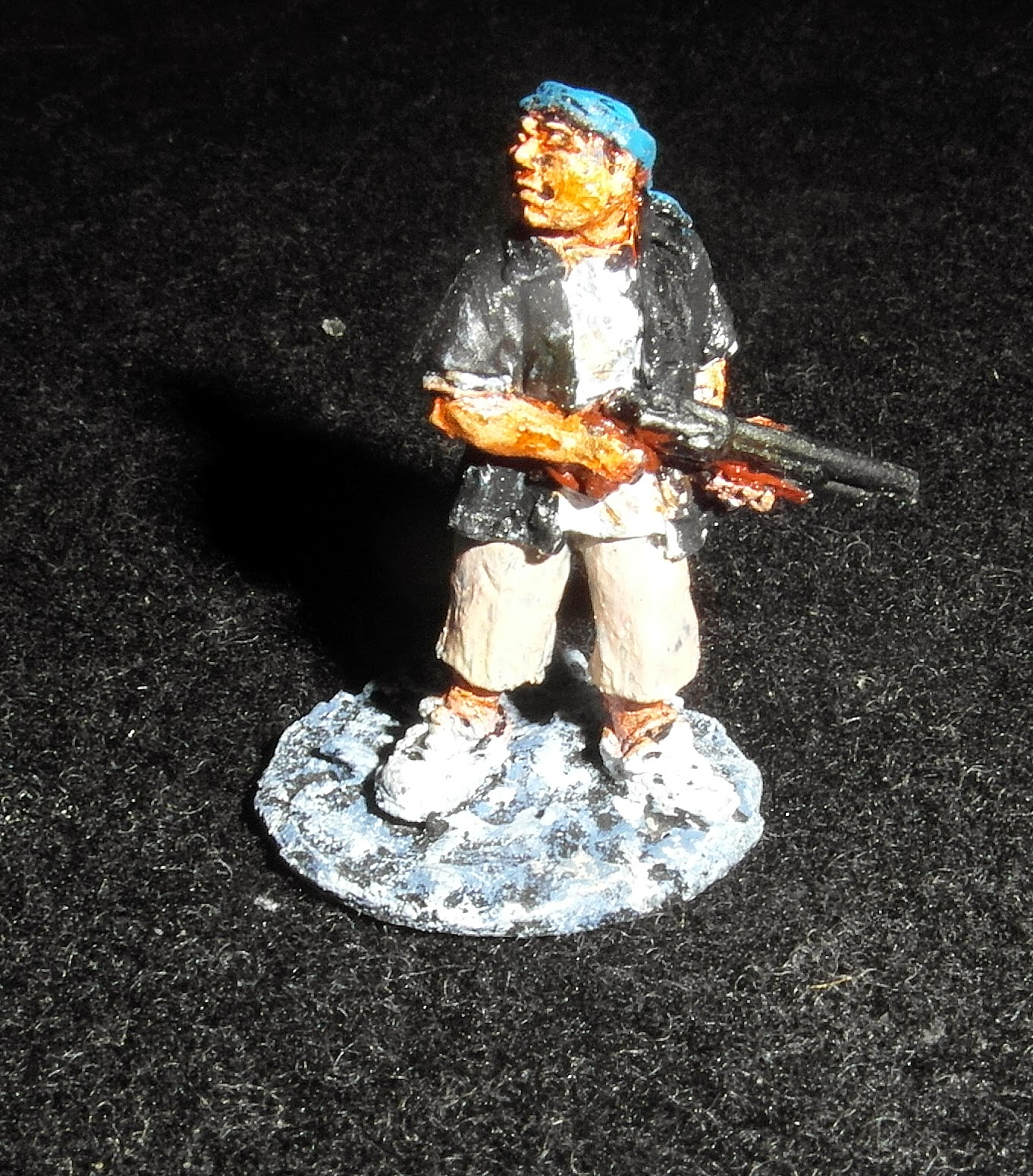 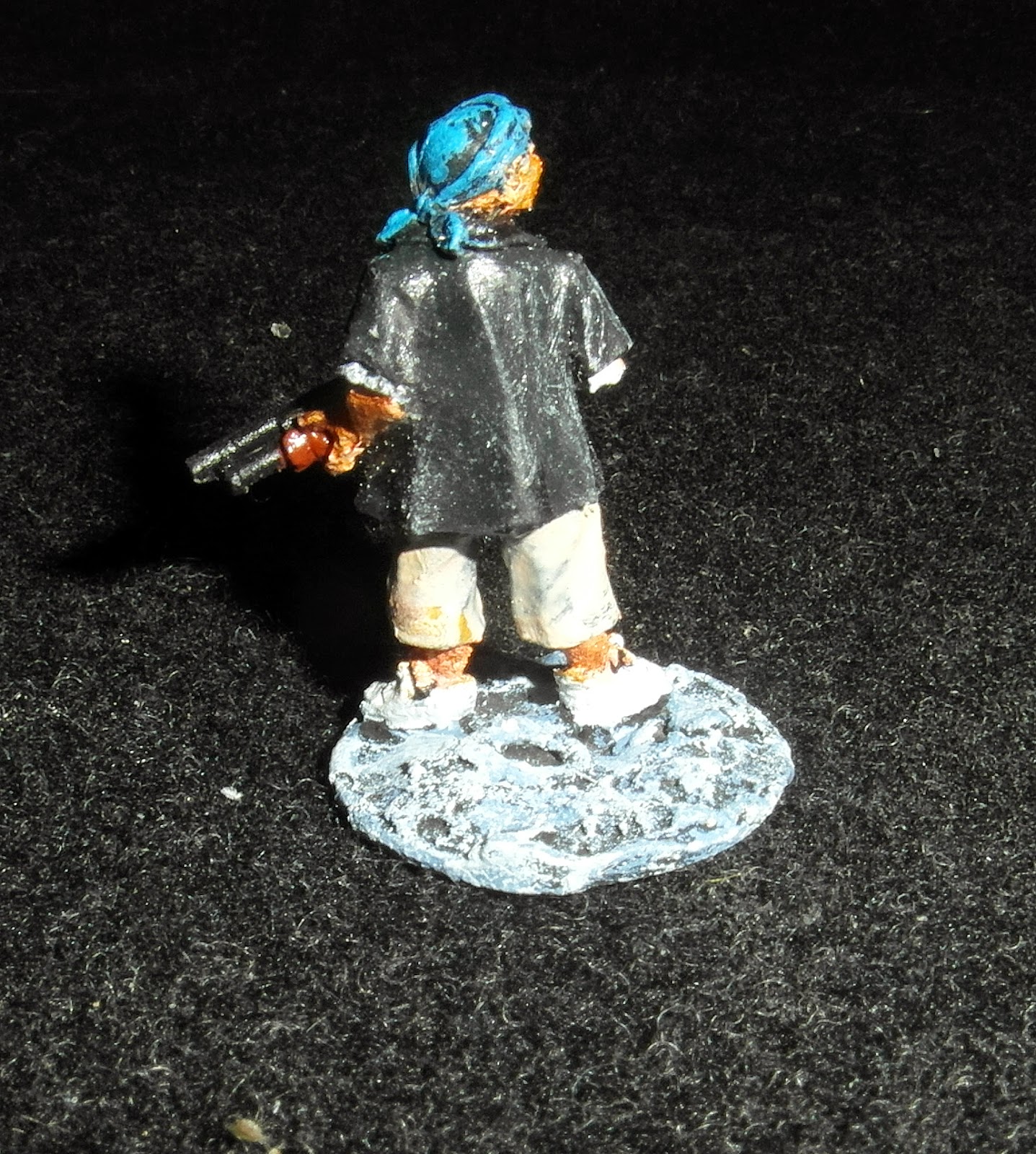 Trainers, loose fitting shirt over a vest, cargo-pants (?), and bandana, in my mind typifies an urban ganger. (I do think though that I've probably been influenced unduly by TV and Hollywood.
He carrying the archetypical urban heavy weapon an ID 10 T pump-action shotgun. 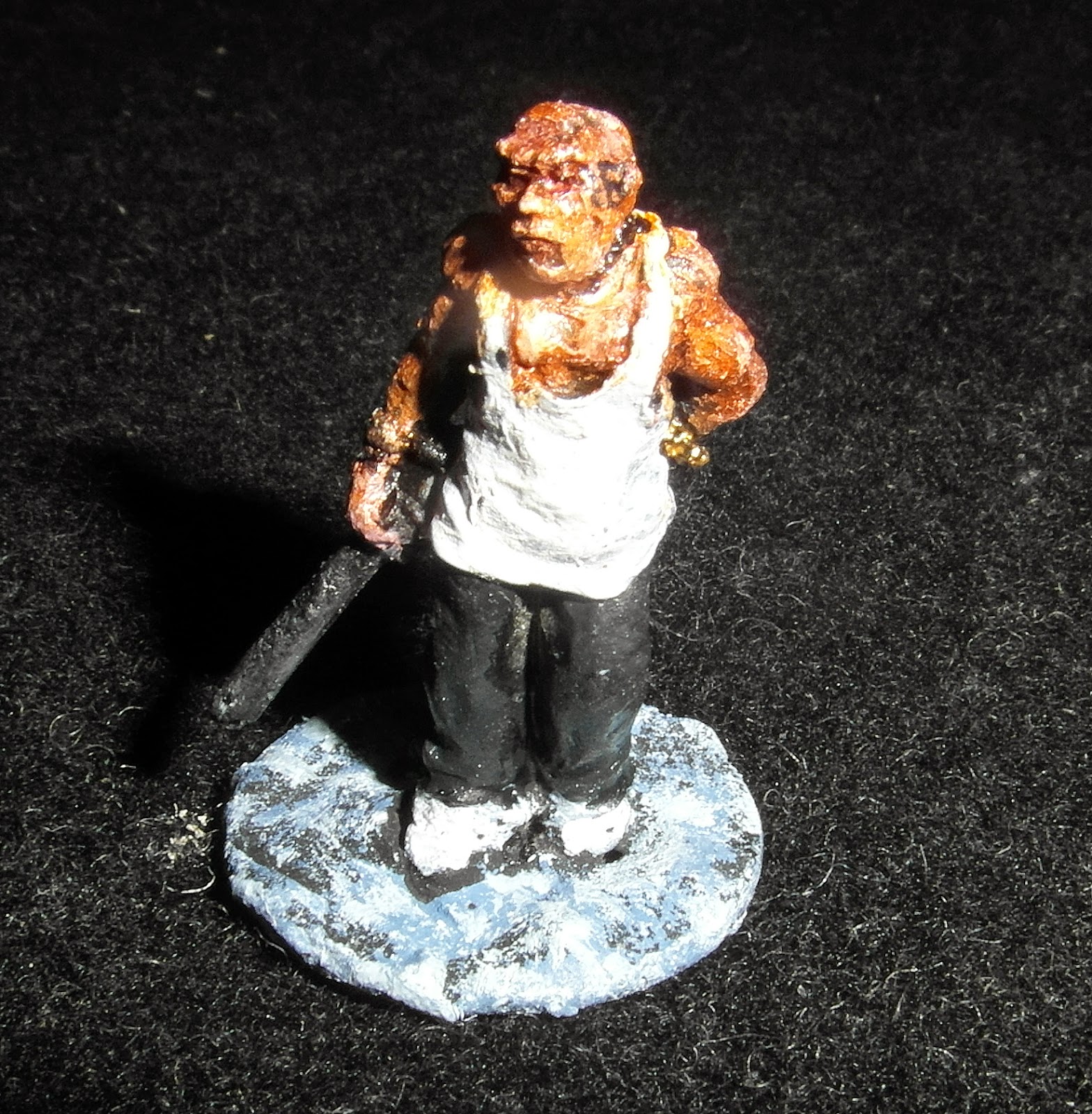 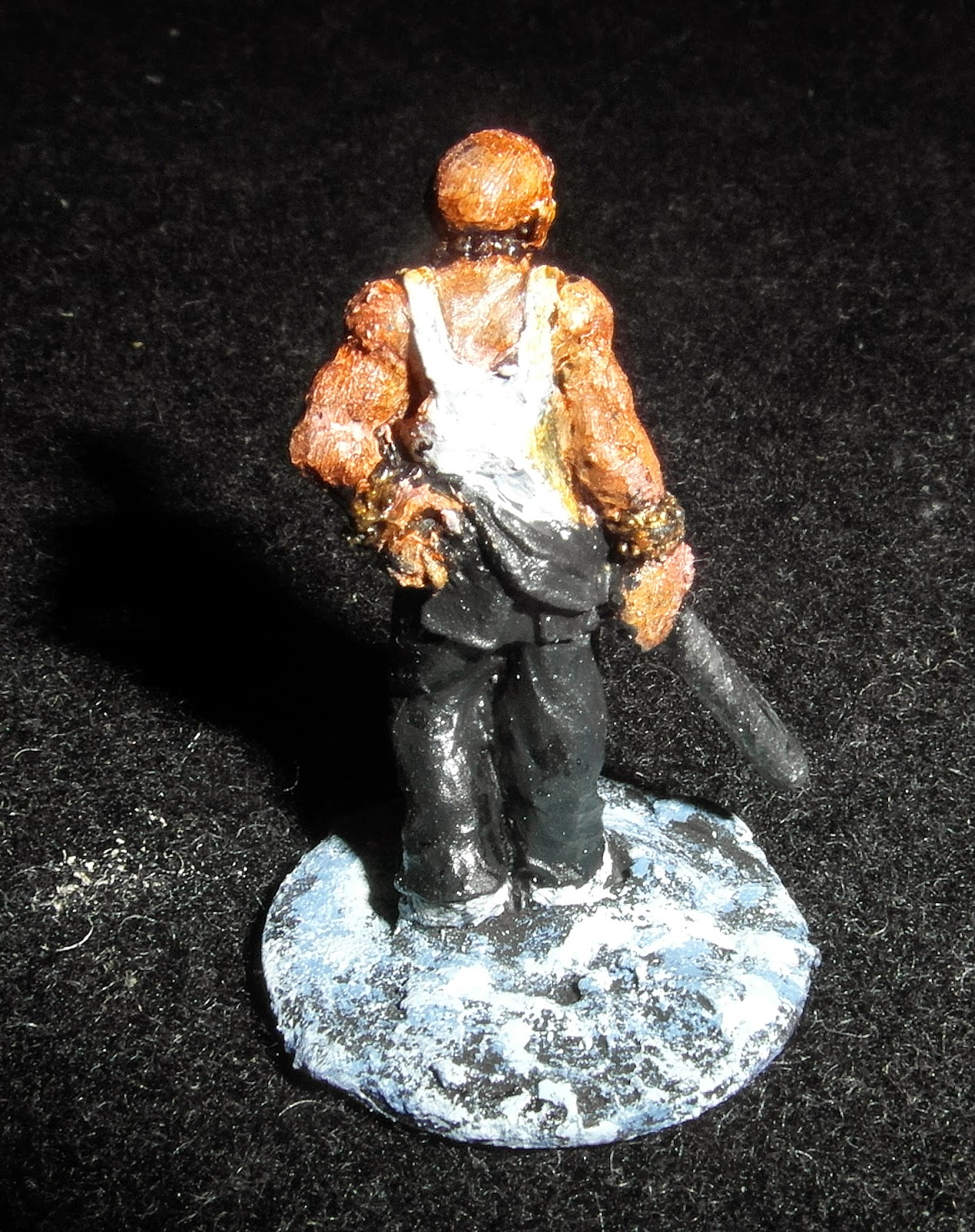 Another figure that hardly bears any resemblance to the rest of the gang save for him wearing a white vest and opting for black "sweats" rather then the pants of the others.
He too is relatively lightly armed, with a baseball bat, but I'm sure he is meant to be holding another weapon such as a pistol behind his back. Unfortunately the poor molding coupled with my crap attention to detail meant he never did get a second weapon. For some reason the photographer (who is on a last warning) missed taking a frontal single photograph of the final figure in the group.
The reason he is in such a strange pose is that he's the one meant to be holding the dog at bay (it's either a Mexican Spitz or a Bitzer) - the dog does actually come with an attachable leash too !
He is armed with a pistol and rounds of the relative light and diverse firepower of these chaps.


Next week I'll be once more showing another gang of five from this range - the Bikers, so that's it then once more except to say, as always, that your comments are both welcomed and appreciated.