These are the final figures from my paint-tray - a biker gang and what a well armed bunch they all are.
They are of course from Black Cat Bases, bought over two years ago and finally painted up save for their accompanying dog who joins all the other mutts I'm slowly collecting.

They aren't "named" like so many other ranges of figures, but the second chap from the right looks remarkably like Paul Teutul Snr. from "Orange County Choppers (and was painted up on BCB's site as such).
They're comparatively as poorly armed as the the other gangers I've recently featured, with pump-action shotgun, Bfg 9mms, a chain and an  J7-Omg - machine pistol. They're wearing typical biker gear of denim, vests and not much more of course, with red bandanas for those that have them. 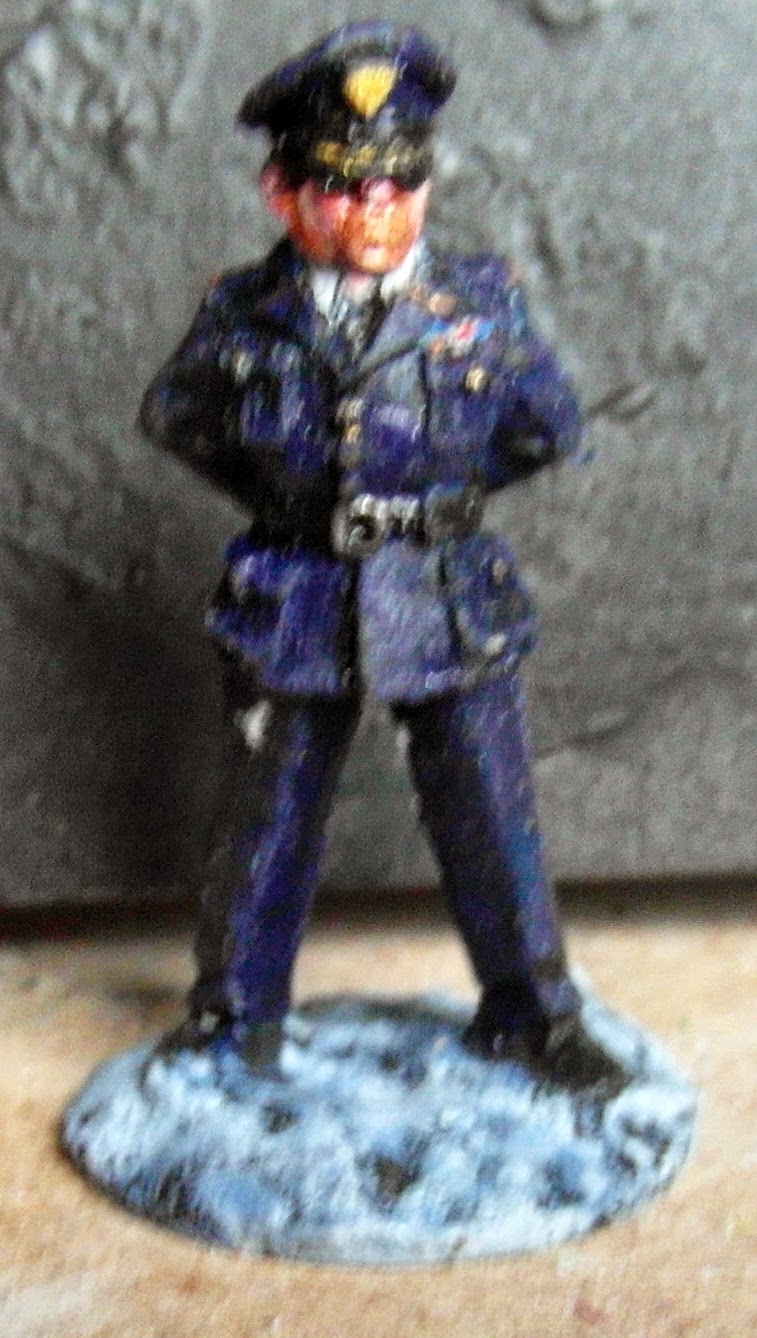 Their Nemesis, the Perdition PD is lead by this chap on the right whom I am sure probably started life out as an Army general or something like that. His providence eludes me as he was a gift from #1 son, who new I was looking for a figure to represent the Chief of Police (or equivalent) With the usual skill shown by my photographer (poor at best), it's quite difficult to make out his row of medal ribbons above his left chest pocket and I've painted his hands as wearing brown leather gloves, (as can be seen in the Boring Rear View ©).
I really do like this figure a lot and as I painted him up he started to look very much as I remember my dad strangely enough, down to the row of medal ribbons and even the figure's facial features, though the "chicken guts" on the cap peak did elude him.
This batch, like the two previous just need to be varnished before they are stored away. 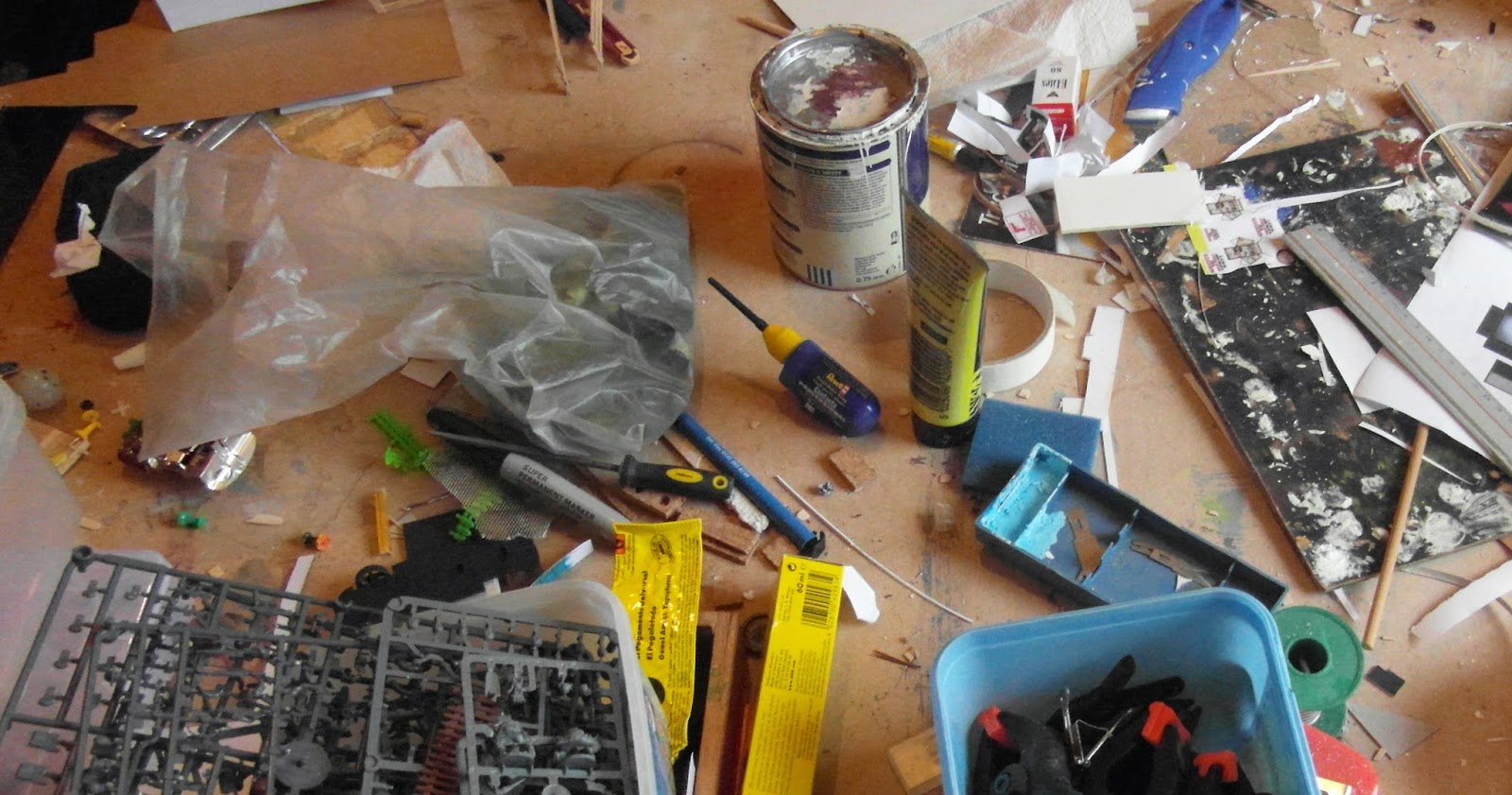 With my painting table all but clear now I've all but completed my two dolls' houses and I've started on another fence building project, it's been a long time since I put my ample supply of coffee stirrers to use.
My gaming table is out of commission until it's tidied up, a job that at least I've began to start on, but hopefully next week will see my first post on the houses I've been working on.
I have one new follower to welcome Hunterpest whom I'm sure many of your will already know. He runs the Project Zeke line of miniatures, which are well worth a look.

That's it then for another week and as always your comments are both welcomed and appreciated, after all, I'm sure they're what keeps most of us blogging
Posted by Zabadak at 06:34