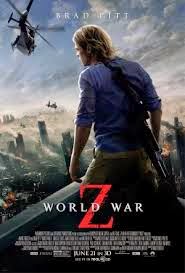 I've had a pretty busy time over the last 5 days, a visiting blogger's arrival and the inevitable gaming session following, with two fellow bloggers! I will of course be posting about all our adventures in a future blog when I catch my breath.
Having held back watching WWZ as long as I could though, I have finally managed to pluck up the courage to watch it.
If you like Brad Pitt, fast zombies and haven't read the book then this film will probably make it into your top-ten of of zombie films. I like neither of the above and I have read the book, so it doesn't make it into my top ten.
The production values of film are what you'd expect from a "blockbuster" Hollywood epic, with no expense spared and even though it runs at about two hours for the extended version I watched it does move along at a rapid pace, and there is little to no characterisation probably because of the pace. I actually didn't care whether or not Mr Pitt's character survived or not, he was so memorable that I can't even remember his character's name. 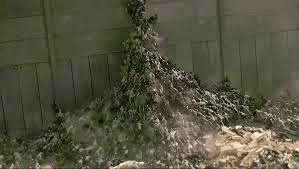 Unlike a lot of reviewers I didn't mind the obvious CGI used extensively for the "big" zombie scenes", I guess it's so common-place now in films that I expect them., and they're not that bad in this film imo.
I do however like a plausible plot line, a storyline that isn't full of holes and makes more sense than in this.
Ignoring the fact that the film has nothing to do with the book save the use of the title, it had many features I didn't like. The fast zombies didn't have the look of zombies I now expect (the Walking Dead does have "the look") and their incessant sprinting, which does give them their lethal aspect,  just doesn't appeal to me. Similarly when victims turn into zombies, it's almost instantaneous, another feature which is a great film mechanism for keeping the action going but does little to build any sense of suspense or impending doom.

It is of course a film that you have to watch at some time if you're into action films and/or zombies but have the popcorn handy. I'd rate it as no more than a 3 on my scale .

Next week, when things here have returned to what passes as normality, I'll tell of our shopping sprees and games, so watch this space.

That's all for this week except to welcome  my latest follower "Uniteallaction" and to say that as always your comments are both welcomed and appreciated.
Posted by Zabadak at 02:46