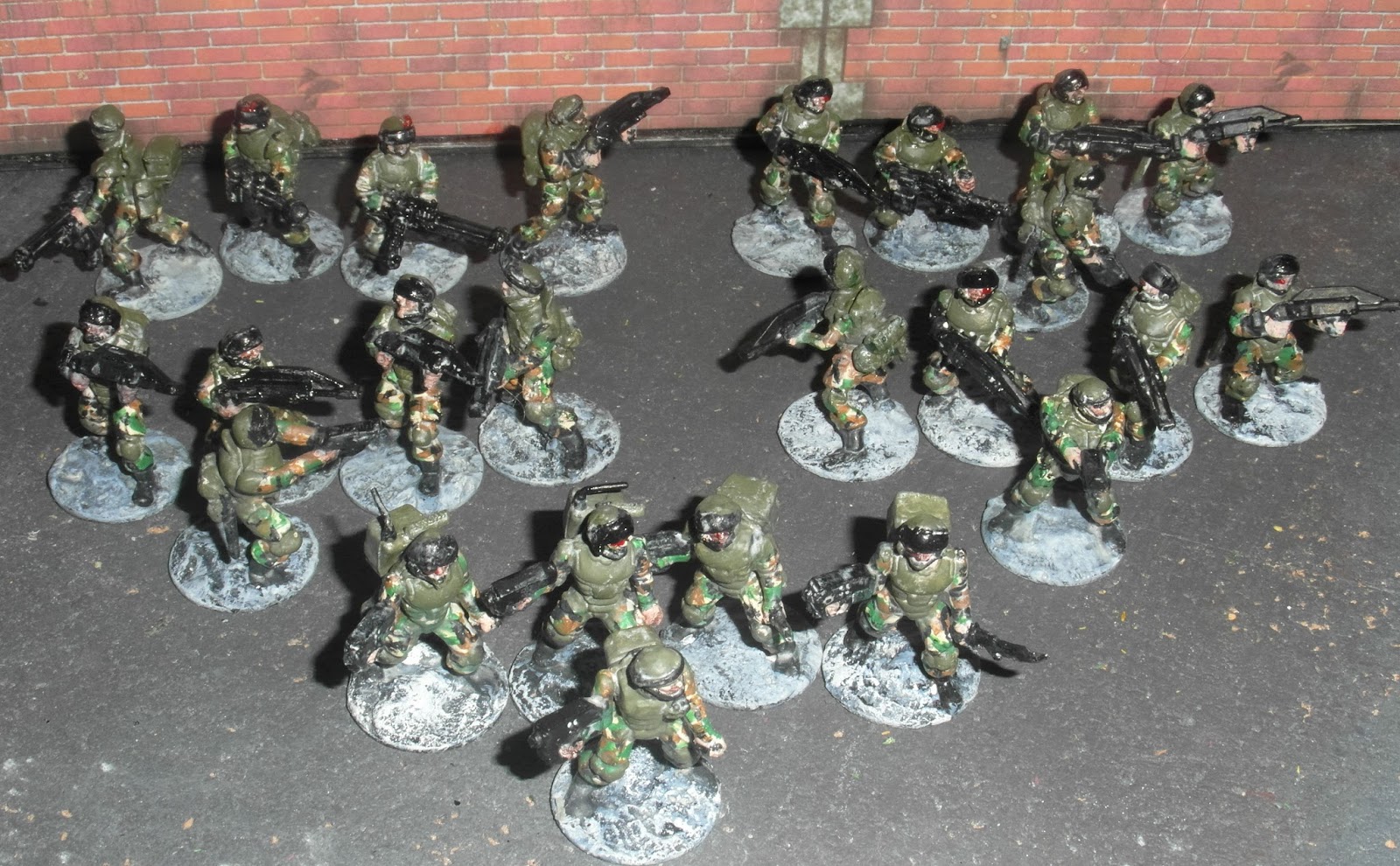 After the varnish disaster and much googling of remedies I managed to get these to a state where I was happy enough with them.
They're not the best of paintjobs, but after painting, "varnishing", repainting bits, gloss varnishing and finally matt varnishing again I was thoroughly sick of them.
I've pseudo organised them into five units,
A command section, three fireteams and a heavy weapons section.

The basic figure has theoretically interchangeable legs and arms with each body, as well as variations in back backs.
The figures actually do snap well together without glue, but it's obvious from some trials that different combinations are more suited together than others. 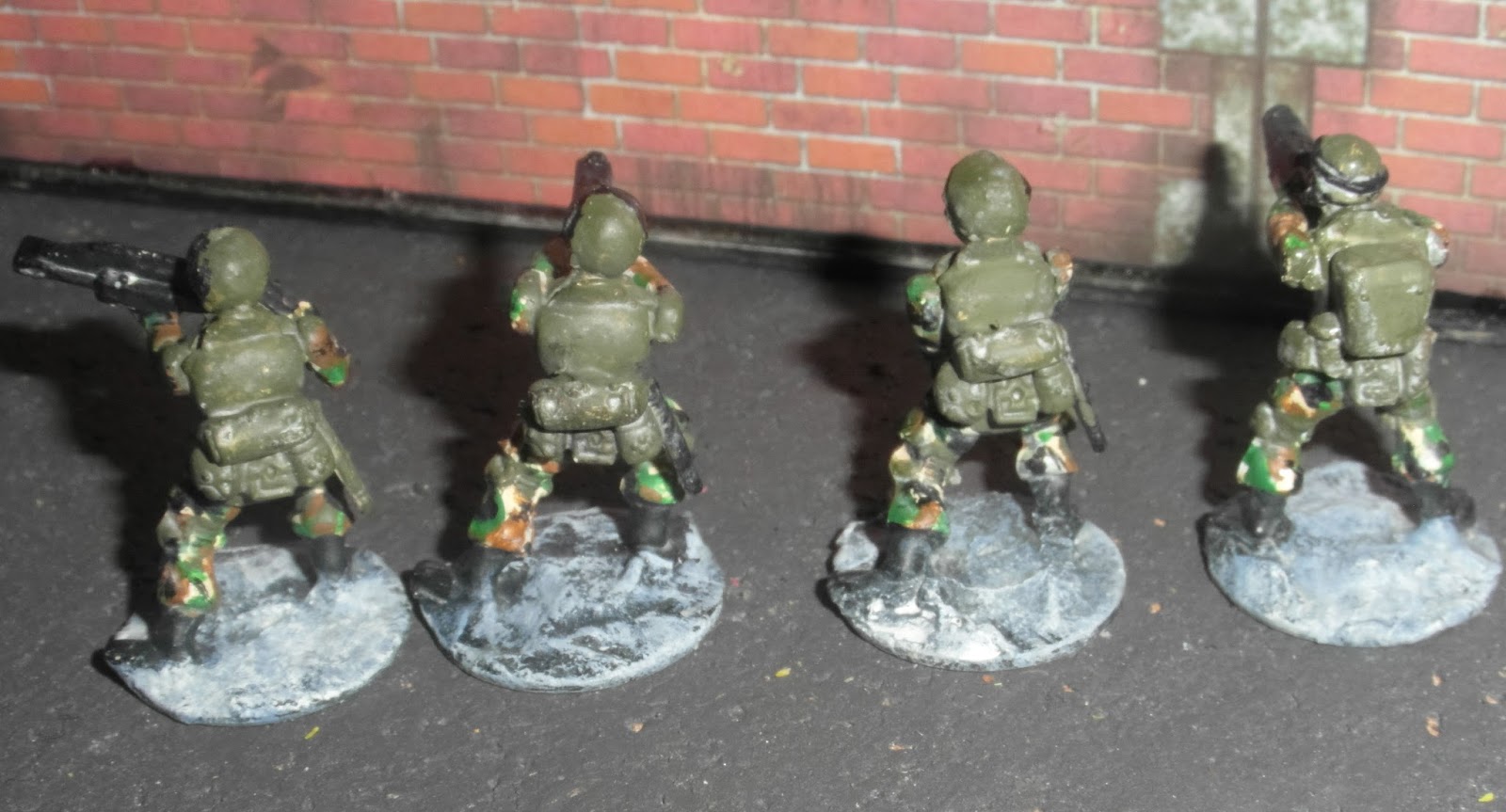 The back packs come two versions, the square box and the slim "futuristic"; cutting the pack away from the equipment is easy enough, but does leave a hole in the figures back where the pack plugs into it ! (easily remedied)
With the five sets I bought, I also bought an additional pack of heavy weapons bits in metal  (not whole figures).

The heavy weapons' pack heads didn't have the visors of the plastics but did allow for some variation in figures. They have a band around their helmet (very Vietnam war-ish) instead.
I retained two of the radio packpacks to serve as RT's and two more I converted to just square packs, these will operate as the medics in the group.

Of the five heavy weapons, in the pack  I only ended up using these three as the others looked even more ludicrous than the huge minigun thing shown.So there's a flamethrower and another auto-fire weapon of some description.
The remainder of the force is armed with the standard rifle-thing but the alternate armaments are a "pistol" held with two hands  and another pistol held single-handed, but with a very large machete in the left hand (I cut a lot of these off).
"Do you want to know more?"
The above quote is frequently mentioned in the Starship Troopers films, which I had on in the background whilst I was basing these figures and I realised that the basic rifle-armed squaddie looked very similar to these guys - just a thought.

That's it for this week, all comments are of course welcomed and appreciated as always.
Posted by Zabadak at 08:28