Last week we left the expedtion about to be atteacked by Tribal Warriors frrom ambush, the reason that this was such a tricky situation were the disatnces involved. 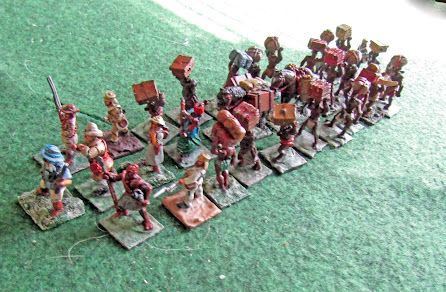 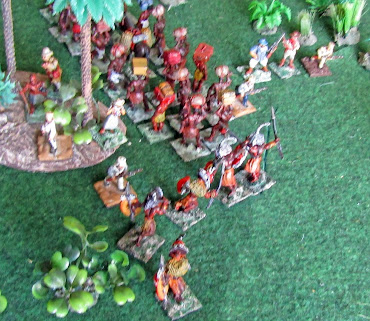 [The moment before the impact...] 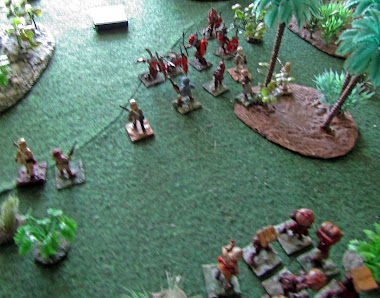 [...and from the expedition's pov - note the Doc in the centre bottom, staying well away from the action]
. 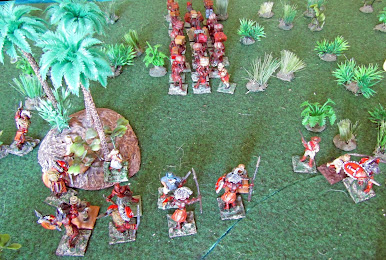 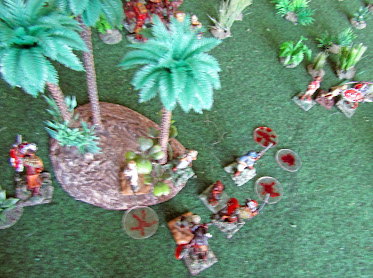 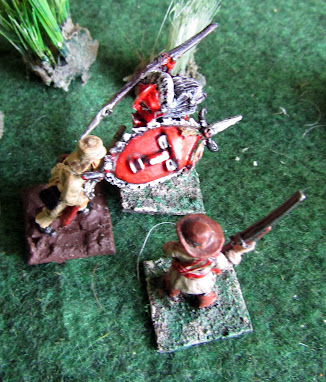 [On the other side of the fight, catinton and a soldier gang up on a single natove]
"The fierce assault of the natives targetted as many of our number as they could reach, I joinre i to help a soldier that was too fairly matched for comfort" 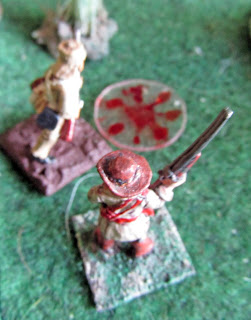 [Another Native casualty]
"The outcome was inevitable as I smacked the wayward fellow in the face with my rifle butt. but  one fellow had avoided the obvious fronal assault and flanked around our righthand side to assault our unprotected bearers, but his will failed hi at the critical moment and he and his two remaining companions fled. We let them flee to the safety of the jungle, wishing to conserve ammunition.
However with his dying breath a native had downed poor Horatio, our interpreter even though with his trusty spear he is probably our best fighter"
"Doc busied himself after the fight, managing to save both Horatio from certain death,  our party though did lose a solider to his severe wounds. The party was in a dour mode as we now had two casualties to manage and with our speed reduced we decided to slowly make our way home to Jim's landin after a day's rest. 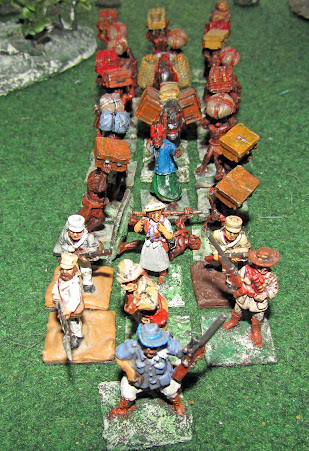 [The newly formed column, carrying Horatio]
"According to the bearers, our column was headed toward 'Bad Juju' and we had to detour southweasterly rather than our intended southerly direction.
We had been but two days journey from our fight when Max, discover a pile of treasures - maybe our luck was changing ?
We did find a cache of trade good to supplement our dwindling supplies and a small group of pygmies were pacified by our plying them with our abundant offers of trade goods, so much so that they ignored us.
Our luck wasn't to last however as the Bearers decided they would't move from this spot as there was, once more, 'Bad Juju' everywhere. They weren't far off the mark as we crossed a small stream  a large group of pygmies attacked " 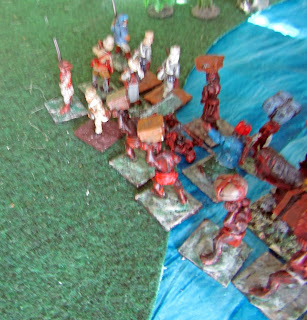 [Obligatory rubbish photograph of part of the column]
And that dear reader is where I'm leaving it for this week, as I realsie now that this was the extent of the photo graphs I have edited so far) for this adventure - there;s at least another two dozen !
Here though is a photograph of Alexadra St. Gabriel, survivour of the  first attack, but will she survive the deadly pygmy assault ? 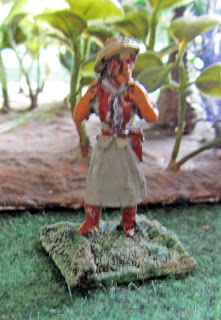 [Lady Alexandra St. Gabriel]
That's it then for another week, thanks for taking the time to visit and hopefully there was something of interest. As always, your comments are both welcomed and truly appreciated !
Posted by Zabadak at 07:26