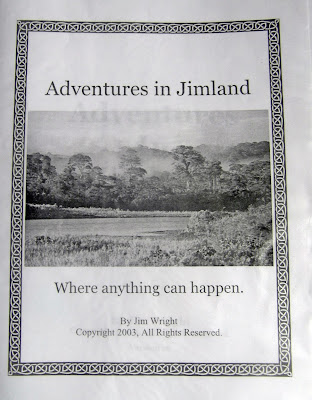 During the upheaval that was my daughter's family moving into our house and her subsequent departure I came across a set of rules that I'd obviously had for a very long time (except for page 8 !) as the original date on them was 2003.
It would have been about the time that I was playing "The Sword and the Flame" rules in Umbongo from the very excellent "By Jingo" site along with my friend and fellow blogger Colin from "Carryings on up the Dale" .
Having also discovered some figures that were destined for Umbongo the task was on to see if I could regenerate this long-forgotten project.
The first task was to get a complete set of rules!
A google search eventually turned up the necessary (free) PDFs that were needed to play the game, namely a complete set of rules; the various cards that were needed, a terrain chart and playchart.
The game itself is very reminiscent of the old Avalon Hill game "Source of the Nile" and borrows many of its ideas from said game.

As is the way with these things the game has been commercialised by Minden Games and is available for purchase in an all new glossy format  and to some extent by other various similarly themed games - Darkest Africa and Congo spring to mind.
Why I was so happy to rediscover this set of rules was two-fold - one as an offshoot of  my Pirate project - jungles! Secondly as I hold out little hope of getting any of my potential opponents interested in my pirate project this was one of the few games that can be played solo with perhaps as much fun as with an opponent from my perspective.


The next order of business was to see what figures were necessary to play the game (now that I had the rules). Firstly a jungle column - I'm sure you all know the drill - Whitemen explorers, native guides, askari, soldiers, bearers, pack animals, blonde white woman etc.
The card driven "opposition"  are of course natives (which in this game  can have firearms), the tribal natives (no firearms), pygmies (poisoned blowpipes), native villages, ruined lost cites etc. and the local fauna and flora.

So what could I muster  from what I already had ?
A surprising amount it turns out....
Jungle - Check - underway - but probably enough already for a game that uses a playing area of 30" x 30" !.
Explorers etc.- I have a dozen or so Old Glory ones in the process of being painted up
Natives - a dozen of so (again Old Glory), but easily supplemented by my Zulu forces. These can double as both tribal forces too for the moment.
Pygmies!
I could need  up to a dozen or so blowpipe armed pygmies, but luckily I just happened to have built up a small force of these guys too!
The flora is well underway, and rooting around for wildlife turned up the following beasts from tub of cheap figures (about £2.50) that I'd bought, foolishly thinking they'd be good for my 54mm Gladiators
The tub contained about a dozen different animals with four identical models of each.
Whilst some of the animals are virtually useless there are still a fair few that can be used in an imaginary setting, though the camels are pretty much resigned to the tub.
Along with the tub of animals I've also come upon a cache of animals collected over the years
Jimland may be the place "where anything can happen", but it is also the place where you need to have all the suggested animal opponents. the animals are card driven too so only using cards for the animals you have is a great aid in playing. I won't be rushing about trying to purchase giant wasps, ants, scorpions etc ( but then again, if I do happen to come across any...) nor will I be going out of my way to get dinosaurs, terror birds or any other similar prehistoric animals - though all all catered for in this fantasy game.
Finally I remembered that I had a water buffalo in my Indian mutiny collection of figures, some of whom would also be suitable for play
I'm sure that they'll make great slavers and there's a couple more bearers there too!
I found the water buffalo along with an errant bearer who will join the others, no doubt  in their march to doom in the jungles of my version of Jimland
Another bounty from the Indian mutiny was this chap mounted on a 20mm square base for reference
I've also been working on my terrain boards (again), but my star fort has little done to it save for an entrance being cut through one of the walls, more on that maybe next week if I don't get to Durham Show!

That's it then for this week, here's hoping you found something of interest and as always your comments are both welcomed and appreciated.